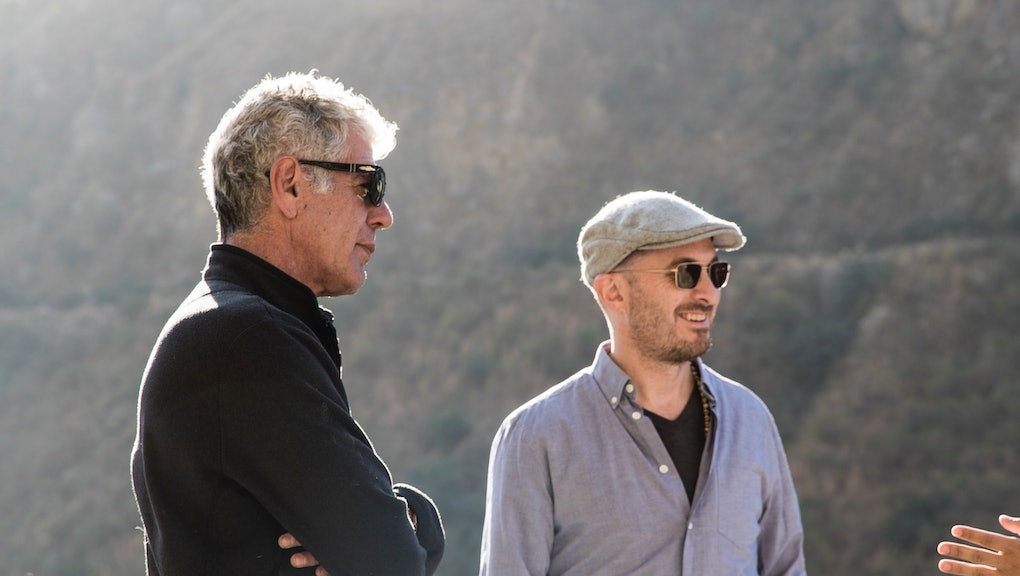 The season 11 finale of Parts Unknown aired Sunday on CNN. It is fitting — though it stings — that Anthony Bourdain’s closing episode, airing just two weeks after his death, was filmed in Bhutan, a tiny country in the Himalayas that’s been lauded for its happiness research and is often seen, from afar, as a joy-filled paradise.

The Bhutan government in 2008 launched the Gross National Happiness Index, a philosophy and measurement of a country’s success through the lens of well-being. The GNHI was seen as groundbreaking, and the little country has been revered for its spirituality and supposed unrelenting bliss since. Bhutan has been aggressively idealized; its happiness reputation seen from the outside doesn’t match what’s happening inside.

The allegory here is hard to bear.

Namgay Zam, the 32-year-old host of a radio show that focuses on the Bhutanese’s mental health challenges, spoke with NPR about the country’s happiness discrepancy.

“We are all happy people, from the land of happiness,” she told NPR, conceding that living up to this “brand” has been difficult for the nation. “It’s expensive, it’s tiring and it’s making a lot of us cynical.”

The theme of Bhutan’s duality is emphasized throughout this episode of Parts Unknown. Bourdain describes the country as a kingdom “that has existed contentedly in a state of self-imposed isolation for centuries,” while the camera spans over groups of townspeople dressed in Buddhist robes hovering over their smartphones. They are now connected to the world beyond the Himalayans. In the episode, Bourdain wonders if opening Bhutan to the rest of the world could be “contaminating the values of local culture.”

There is a juxtaposition of old and new, good and evil, that is both spiritually and physically represented within the country. Bright and beautiful pastures are countered with a forest believed to hold evil spirits. The episode focuses on the East-West highway, a road that will improve accessibility and likely speed up modernization.

“Having a fully paved road across this entire country — this country is gonna be a very, very different place in five years,” filmmaker Darren Aronofsky, a friend of Bourdain’s who traveled with him throughout the episode, says. “The question is, do they stay committed to happiness and not to consumption?”

Aronofsky asks Bourdain where he thinks the country is headed. “I don’t know what I believe. I don’t know if it’s good or bad,” Bourdain replies. “It seems like Shangri-La. For a place that invented gross national happiness, they’re content at under $2 a day.”

Bourdain and Aronofsky learn about Drukpa Kunley — aka the divine mad man — who is credited with bringing Buddhism to Bhutan. But the religious figure isn’t stereotypically pious. He was a rebel who questioned his own religion, drank and had tons of sex.

“He breaks our notions of what is right and what is proper,” a Bhutanese person tells Bourdain and Aronofsky.

Kunley is also responsible for bringing the practice of painting phalluses to Bhutan. Bourdain and Aronofsky struggle to keep from turning into pre-pubescent boys when they hold penis-shaped wooden sculptures. They are hilariously aware of their weakness to remain mature, unable to hold in a few penis puns.

The pair perform a religious ceremony at a river for their final activity. They burn incense in a serene setting of rapids, rocks and quiet.

“It’s beautiful. I’m glad it hasn’t been fucked up yet by the world,” Bourdain says, implying the beauty is inevitably fleeting.

“It seems ironic now that on our last day of shooting we performed a Bhutanese death ritual,” Aronofsky later wrote in a reflection about their trip. “We debated the fate of the country, the fate of the world. He was perplexed as to how mankind’s endless hunger to consume could be curtailed.”

It wouldn’t be fair to look at this episode as Bourdain’s final farewell; his onscreen persona may have been entirely different from who he was in his personal life. Still, the episode is poignant in its timing; it underscores Bhutanese values that appear to be at odds with each other — and that seem to represent Bourdain’s own yin and yang. In one scene explaining the country’s religion, Bhutanese Buddhism is described as something that’s meant to remind people not to take life too seriously.

“It is considered enlightening and therapeutic to think about death for a few minutes a day,” Bourdain narrates as a shot of mountain ranges and wildlife takes the screen. It is sharply poetic in a way that Bourdain always was.