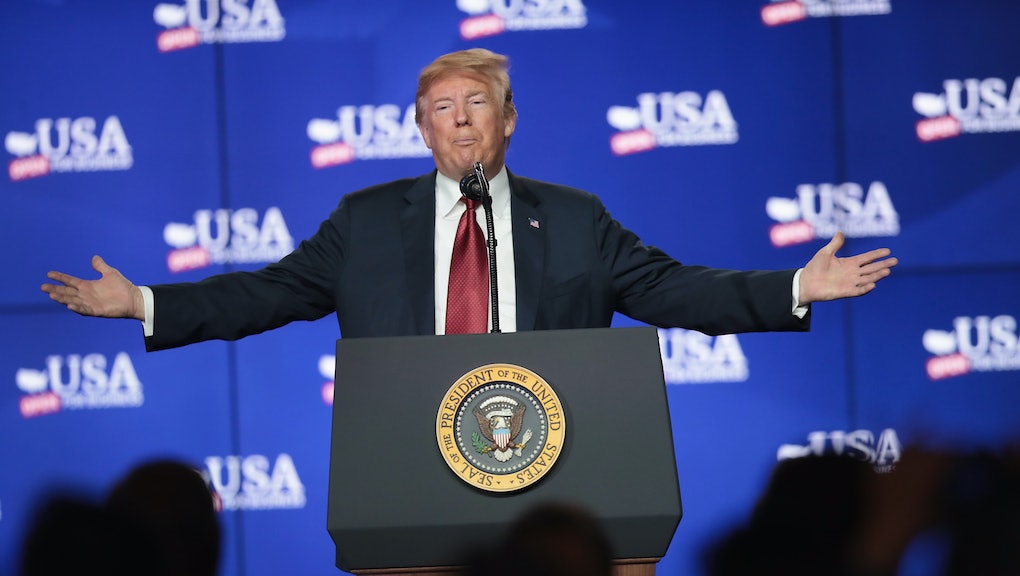 Ahead of Putin meeting, Trump is still casting doubt on Russia’s interference in the 2016 election

President Donald Trump on Thursday continued to cast doubt on the U.S. intelligence community’s conclusion that the Kremlin meddled in the 2016 presidential election — just weeks before he’s set to meet with Russian President Vladimir Putin in Finland.

As the Trump administration scrambles to comply with a federal judge’s order to reunite the immigrant children and parents the government has separated at the border, the Texas Tribune reported that some kids as young as 3 years old are being made to attend their own immigration hearings alone.

On any show set in the 1980s, the fashion is bound to be legendary — think Stranger Things or the super-sad flashbacks on This Is Us or FX’s recent hit Pose. But this is definitely the case with Netflix’s Glow, which has a second season premiering Friday.

To celebrate this show and its many outrageous outfits, Mic spoke to costume designer Beth Morgan about how the second season differs from the first, her own inspirations and bringing things like body hair to TV.

Mic spoke with each member of the Fab Five on the phone Friday to discuss their current projects outside of Queer Eye and unpack particularly important moments from the show’s new set of episodes, all of which are available on Netflix. Antoni Porowski dished on his new restaurant concept; Tan France discussed his ignorance of the trans community; Karamo Brown opened up about his decision to visit the White House; Bobby Berk shed light on his painful relationship to the church; and Jonathan Van Ness discussed being a target of homophobia.