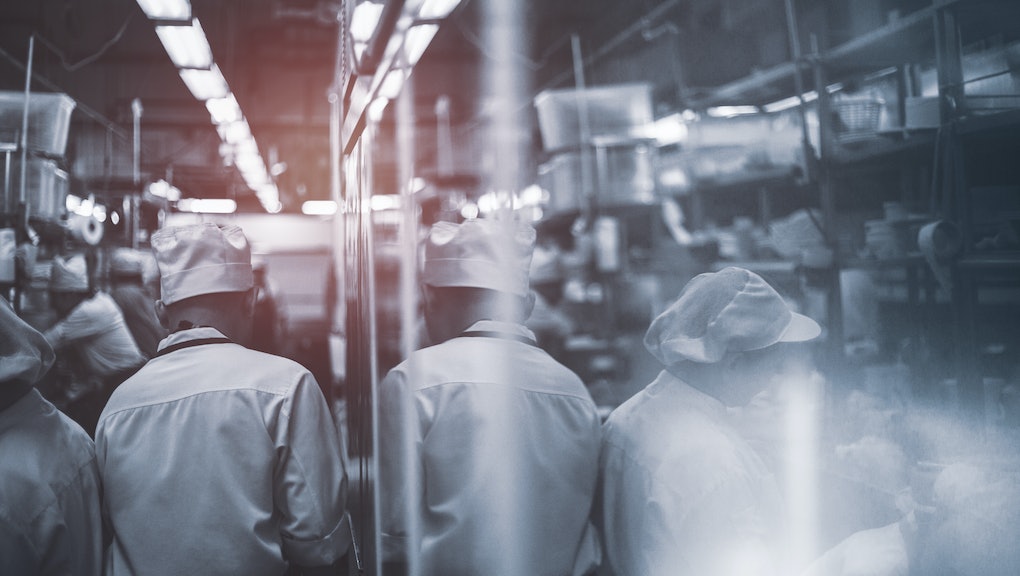 Restaurants and immigration: We talked to chefs about the impact of ICE raids on their businesses

The food service industry has historically relied on immigrants, mainly Latino and often undocumented, for its labor force. Restaurants have been at the center of the national immigration debate, long before anyone cared about whether Sarah Huckabee Sanders’ cheese plate got comped at the Red Hen.

Prior to separating children from parents and housing them in chainlink barracks, the U.S. Immigration and Customs Enforcement agency focused its efforts on food service, with sweeping, large-scale raids concentrated on restaurant kitchens, farms and food processing plants across the country.

Georgia and the metro-Atlanta area has seen a number of high-profile raids over the past year. Mic spoke to three Atlanta restaurant owners about what it means run a business at this time, when your labor force have become a daily headline and the work you do has become a political flashpoint. The chefs and owners who agreed to participate in this story did so on the condition of anonymity, citing fear of drawing attention to their restaurants from ICE and other federal agencies, fear for the families of their current employees and investigations into past hiring practices.

“They are just trying to support their families”

On how fear of ICE at home impacts employees at work:

“All of my employees have had to go through the whole visa process and getting citizenship status so they can work and live without the fear, for lack of a better word, of being discriminated against because of what their names are. They moved here and found work and did what they needed to do to become Americans. They are Americans.”

“But for their friends and family members who are coming over or are thinking about coming over or are already living here and may not be documented, it’s very disturbing to hear about what’s going on right now. I have conversations with my staff when we hear news reports, we hear of neighborhood and churches being raided. Just a few weeks ago, I talked about this with one of my staff members who had heard about churches being raided and was worried about whether he could still go to church.”

“I have had a lot of instances where people are afraid to come to work. They don’t know what might happen. A lot of people haven’t been home in 15, 20 years. To go back to a place you were trying to get away from to make a better life for yourself, to be torn away from your family — my guys are afraid. Even though they are here legally. It’s more of the fear of the unknown than anything. They feel like they have a target on their back. You try to be encouraging to the staff and tell them that it’s OK, that they are here legally. But people are being targeted right now because of what they look like and how they talk, so it scares them. Just because someone’s last name ends with a ‘z’ or they speak Spanish, they’re now being targeted.”

“When you hear people talk about how there are places to work and jobs taken by people who are ‘illegal,’ if you will, well, it’s a little frustrating — mostly, they aren’t here doing anything wrong, they are just trying to support their families and most have families back home that they are trying to send money back to.”

“The word hospitality means to take care of a stranger. That’s the basic definition. That’s what we do every day in our restaurant. We take people in, we feed them, we make them feel good about their day. And to know that there’s an outside force right now working to not only put a stop to that, but to limit the number of people willing to come here and to do that work — that’s just discrimination.” — A Latino chef and owner

Immigrants are “the heart and soul of this industry”

On how ICE has impacted the labor pool in the restaurant industry:

“Everyone working for us now is here legally, has the right documentation or is a citizen. But when we opened our first restaurant, we had a good percentage of Latinos in our kitchen — and most of them were probably not here legally. They had the paperwork, but it was fake, I assume.”

“While there are still a lot of people in the industry who don’t abide by all the rules, we kinda had to. We couldn’t afford not to.”

“The common thread in every city in this country is that the labor pool for restaurants is being impacted. There is an increasingly concentrated number of restaurants in cities and when you combine that with immigration laws that impact people that used to be a big part of a restaurant’s staff, you’ve got a problem. I have yet to find someone who says, ‘Oh yeah — we’re staffed.’ No one is up to where they need to be, whether in our restaurant or in anyone else’s.”

“I don’t think the average American who isn’t in our industry really understands that, especially the ones who are for the immigration tactics being used right now. I think that most people think that ‘those people’ are just here to make money and not pay taxes. That’s what I hear when I watch certain news stations. That’s definitely not the case at all because taxes come straight out of their paychecks. So I just don’t understand that argument.”

“I’m a pretty conservative person usually, but not when it comes to immigration. I love these people and their culture and what having diversity in a kitchen means for the work we do.” — A chef and hospitality group owner

As chefs, we “have more power than we have ever had before”

“Hiring and staffing are the biggest ways the industry has been impacted by ICE and the recent raids. You really can’t overstate that.”

“I have really felt the change since I opened my first restaurant five years ago. Then, we were able to hire with less documentation. Since then, I have had to let go some of my best employees because they were not able to pass some of the verifications needed and these are guys who had been with me for more than five years with kids and wives and lives.”

“With ‘celebrity chef’ culture, the guys coming out of culinary school now all want to be immediate executive chefs. I’m finding more and more that people have a more entitled attitude — as opposed to the guys I used to work with who just wanted to kick ass and take names and give you great service.”

“The employees are all a lot younger now and that’s a much bigger challenge, too. The loss of the backbone of our industry means that every single person is moved up faster than they would have been or should have been normally. The balance is all off. In the kitchen, you now have guys who are working jobs they aren’t ready to do. It affects morale. When you see people in a job they’re not ready for and are surrounded by skill levels that aren’t where they should be, it makes it all harder for us in these long shifts we do. We’re just not surrounded by experience anymore.”

“Our industry is too big to really take a stand on anything. We are made up of public service businesses, so you take a stance on anything, you then take a risk of alienating your customer base. So it feels to risky to take a stand on it right now. But one of the challenges we face as chefs is that we also have more power than we have ever had before, so the question now is what do you do with your voice. And if you do want to take a stand on things, what issues do you want to stand up for?” — A chef and owner running multiple restaurants