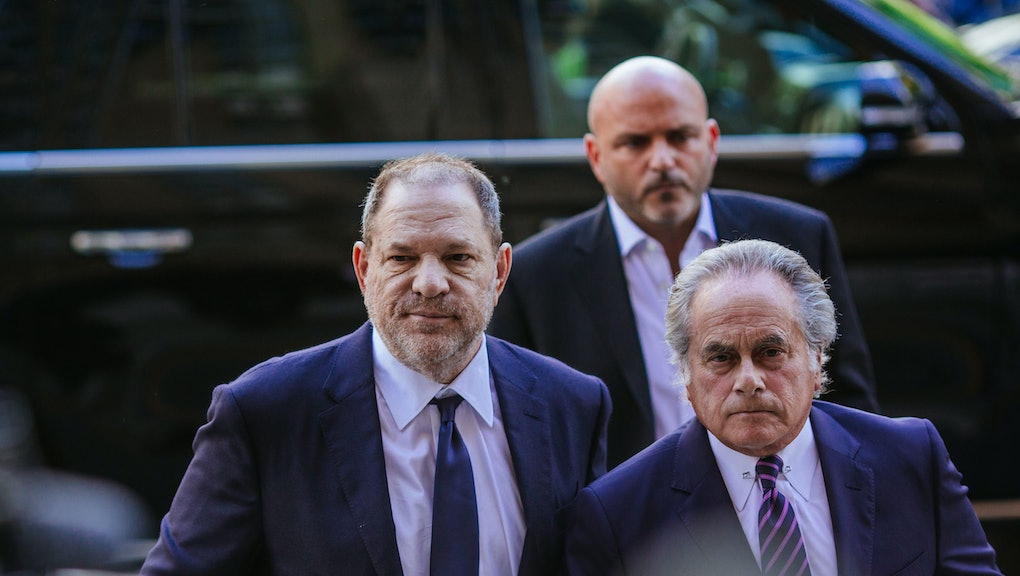 Over a month after disgraced Hollywood mogul Harvey Weinstein turned himself into police custody on multiple felony sex crime charges, a grand jury has indicted Weinstein on three additional felony sex charges, according to Variety.

Monday, the Manhattan district attorney’s office announced Weinstein has been indicted on one count of a criminal sexual act in the first degree and two counts of predatory sexual assault. The latter charges carry a minimum sentence of 10 years in prison with the potential for life sentences if he is convicted, according to the report.

In May, the charges Weinstein faced were related to alleged incidents with two women, including Lucia Evans, who said Weinstein forced her to perform oral sex on him during what she thought was meant to be a casting meeting in 2004, according to CNN. The second woman has not been identified. The indictments filed Monday are related to a third woman, who alleged Weinstein forcibly performed oral sex on her in 2006, according to Variety. In total, Weinstein faces six charges.

“A Manhattan grand jury has now indicted Harvey Weinstein on some of the most serious sexual offenses that exist under New York’s penal law,” District Attorney Cy Vance said in a statement, per Variety. “This indictment is the result of the extraordinary courage exhibited by the survivors who have come forward. Our investigation continues. If you are a survivor of the predatory abuse with which Mr. Weinstein is charged, there is still time to pursue justice. Please call us at 212-335-9373.”

After surrendering to police in May, Weinstein pleaded not guilty to the first three charges against him.