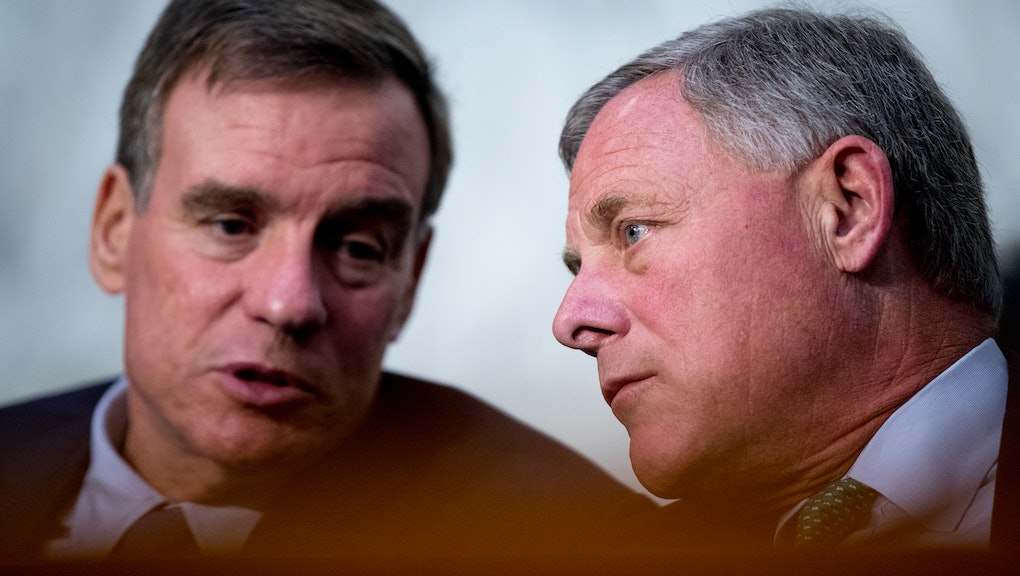 The Senate Intelligence Committee on Tuesday released a report strongly supporting the intelligence community’s assessment that Russia interfered in the 2016 election in support of Donald Trump — something the president has repeatedly attempted to cast doubt on in public statements.

“The committee believes the conclusions of the [intelligence community assessment] are sound and notes that collection and analysis subsequent to the [intelligence community assessment’s] publication continue to reinforce its assessments,” the panel said in a summary of its initial findings. “The committee will remain vigilant in its oversight of the ongoing challenges presented by foreign nations attempting to secretly influence U.S. affairs.”

The committee is conducting one of two ongoing Capitol Hill probes into Russian interference in the 2016 election as well as possible collusion between the Trump campaign and the Kremlin. A third investigation, being conducted by the House Intelligence Committee, came to a controversial end in March.

The U.S. intelligence community concluded in 2017 that “Russia’s goals were to undermine public faith in the U.S. democratic process, denigrate [Hillary Clinton] and harm her electability and potential presidency.” It also concluded the Russian government had “developed a clear preference” for Trump.

The committee, a bipartisan panel led by Sens. Richard Burr (R-N.C.) and Mark Warner (D-Va.), agreed with that assessment.

“After 16 months of reviewing the intelligence that went into this report, we have found that the [intelligence community’s] finding — that Russia interfered in the election to help Trump and to hurt Clinton — is well-supported,” Warner said Tuesday on Twitter.

The panel’s findings stand in stark contrast with public statements by Trump, who has suggested claims of Russian interference are an “excuse” conjured up by Democrats to explain their surprise loss in 2016.

He has repeatedly suggested — including in a tweet Thursday — he believes Russia’s denials about election meddling. Trump also continues to push back on special counsel Robert Mueller’s investigation into possible collusion between the Trump campaign and the Kremlin, as well as potential obstruction of justice on his part, frequently describing the probe as a “witch hunt.”