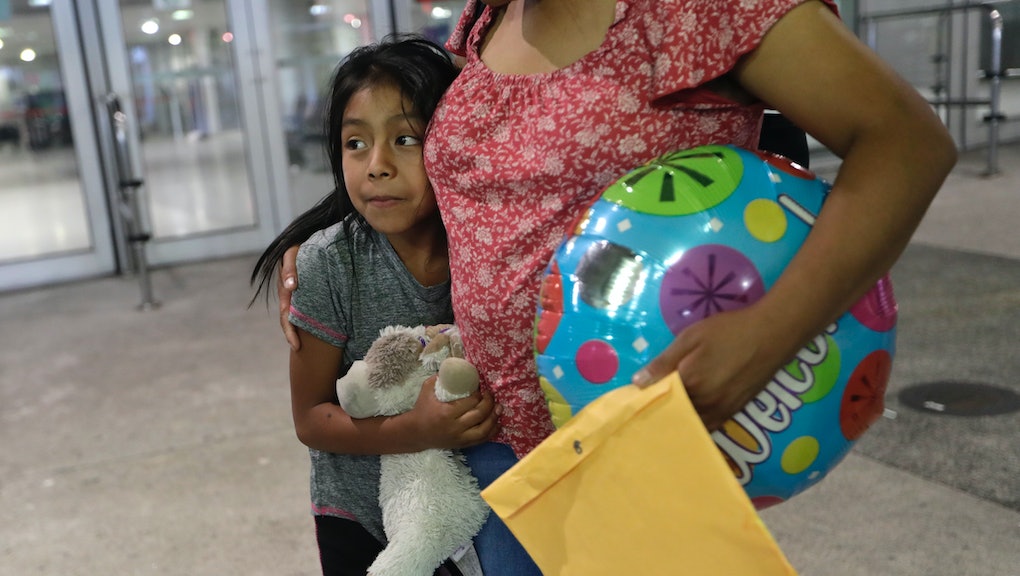 The Trump administration’s first deadline for reuniting the parents and children it separated at the border is on Tuesday, but court filings from Thursday night reportedly show that it needs more time.

Despite assurances from Health and Human Services Secretary Alex Azar during a Thursday call with reporters that the government was complying with its first court-mandated deadline for reuniting families, court records submitted later that evening show that officials are formally requesting more time in instances where it’s proving difficult to link children to their parents, according to the Washington Post.

Although the filing says the government is working tirelessly to comply with U.S. District Judge Dana M. Sabraw’s June 26 ruling, which ordered that children under age 5 be reunited with their parents in 14 days and children 5 and older be reunited in 30 days, it also notes that critical logistical snags — including inconclusive DNA tests and difficulty locating parents who are no longer in government custody — have mired the process, the Washington Post reported.

“HHS has worked diligently to expedite these processes to enable the government to comply with the timelines in the court’s order,” the Justice Department reportedly wrote. “HHS anticipates, however, in some instances it will not be able to complete the additional processes within the timelines the court prescribed, particularly with regard to class members who are already not in government custody, (e.g., because they have previously been paroled or released).”

Officials had said that about 100 children under the age of 5 were set to be reunited in time for the Tuesday deadline, which Azar referred to as “extreme,” and “artificial.”

“That deadline was not informed by the process needed to vet parents, including confirming parentage as well as determining the suitability of placement with that parent,” Azar said Thursday, the Hill reported.

During the call with reporters, Azar said the number of separated immigrant children believed to be in government custody to “under 3,000.” Previous reports said the number was closer to 2,047. But according to the Thursday court filing, the government still does not have an exact tally of the number of children between the ages of 5 and 18 it has taken into custody since the Trump administration enacted its “zero tolerance” immigration policy in May, the Washington Post reported.

“The unfortunate reality is that under the present system, migrant children are not accounted for with the same efficiency and accuracy as property,” Sabraw’s ruling said.