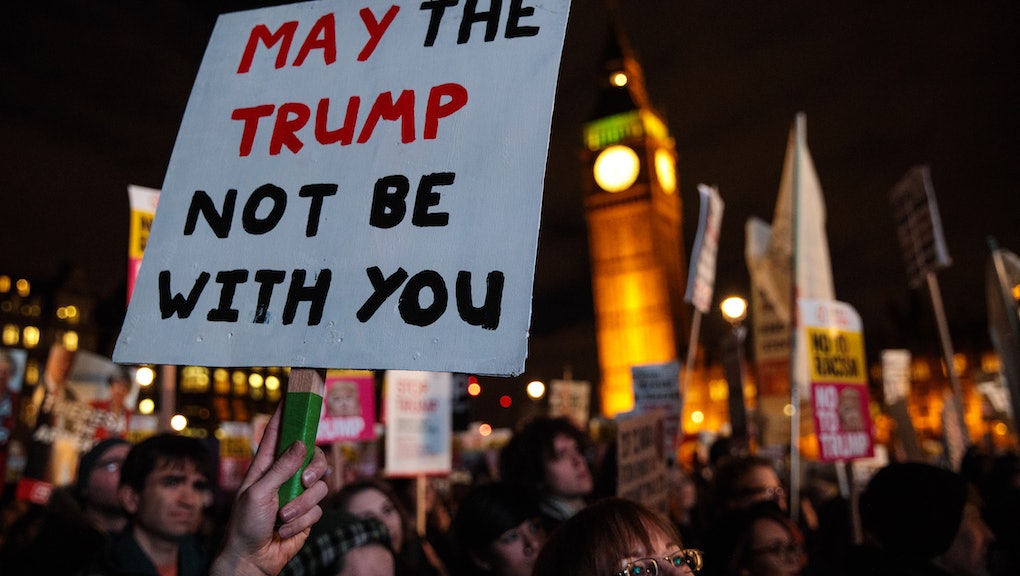 Coming up this week in politics: Supreme Court gets a nominee and Trump heads to Europe

This week is set to bring big developments both at home and abroad, as President Donald Trump sets off to Europe for the NATO summit and his first visit to the United Kingdom as president.

Before he leaves, Trump will announce his top choice for the Supreme Court in a decision that could shape the future of abortion rights, LGBTQ rights and other major issues.

Supreme Court: Trump is set to announce his Supreme Court pick on Monday in a primetime public address at 9:00 p.m. Eastern. The president has reportedly narrowed down his list to a few contenders, all of whom are particularly conservative. Once the nominee is chosen, it likely won’t be too long before their Senate confirmation plays out. Though Democrats are pushing for the nominee to be confirmed after the November midterm elections, Senate Majority Leader Mitch McConnell said he expects the nominee to be confirmed in the fall.

NATO summit: The president will fly to Brussels for the NATO summit Wednesday and Thursday. The meeting of Western leaders could prove contentious: Trump has recently embroiled the U.S. in trade conflicts with such allies as Canada and the European Union, describing the EU as “possibly as bad as China” in a recent Fox News interview.

The meeting could also be marked by a debate over defense spending; the New York Times reported the president sent letters in June to NATO allies, demanding they increase their defense spending or face a response from the U.S., which could include “adjusting the United States’ military presence around the world.”

Trump visits the U.K.: Following his stop in Brussels, Trump will embark on a “working visit” to the United Kingdom on Friday. Rather than the heavily criticized state visit the president initially discussed with the U.K. — complete with a gold-plated carriage ride — the visit will likely be a more subdued affair. Trump will meet with Prime Minister Theresa May and have an audience with Queen Elizabeth II at Windsor Castle before heading to Scotland for the weekend.

Trump’s visit is set to be met with heavy opposition in the U.K. Though the president’s itinerary will largely avoid London, over 50,000 protesters are currently expected to attend a Friday demonstration there. London Mayor Sadiq Khan has authorized protesters to display a giant orange balloon depicting Trump as a baby in a diaper.

Family separations: The Trump administration is set to make headway in the ongoing family separation crisis it created. Department of Health and Human Services Secretary Alex Azar told journalists Thursday that the department would begin its family reunifications Tuesday with 100 children under age 5.

A federal district court ordered the HHS to reunify by the end of July the nearly 3,000 children currently separated from their families in detention facilities. The administration filed court records requesting additional time to reunify families with more difficult circumstances, though the judge has declined to ease the deadlines.

Congress: The House Judiciary and Oversight and Government Reform committees will hold a joint hearing Thursday on the FBI and Department of Justice’s oversight of the 2016 election. Peter Strzok, the FBI official who came under fire for sending anti-Trump text messages to FBI colleague Lisa Page, will publicly testify.

The Senate will face a controversial vote as it considers whether to confirm Brian Benczkowski to head the Department of Justice’s criminal division, a role that would include overseeing the department’s involvement in the investigation into the Trump campaign’s Russian ties and Trump lawyer Michael Cohen. Benczkowski, a former staffer for now-Attorney General Jeff Sessions, has come under fire for previously representing Russian financial firm Alfa Bank. Democratic lawmakers in March sent a letter to Trump urging him to drop his nomination of Benczkowski.

Sen. Dick Durbin (D-Ill.) noted on Twitter that Benczkowski’s confirmation could be “a pivotal moment in the Russia investigation.”

Also on the congressional calendar this week are committee hearings on such topics as school security, securing election systems and protecting customer information in the internet age. The House will also look at legislation concerning small businesses and housing assistance, while the Senate will consider the confirmation of Mark Jeremy Bennett to the 9th U.S. Circuit Court of Appeals.