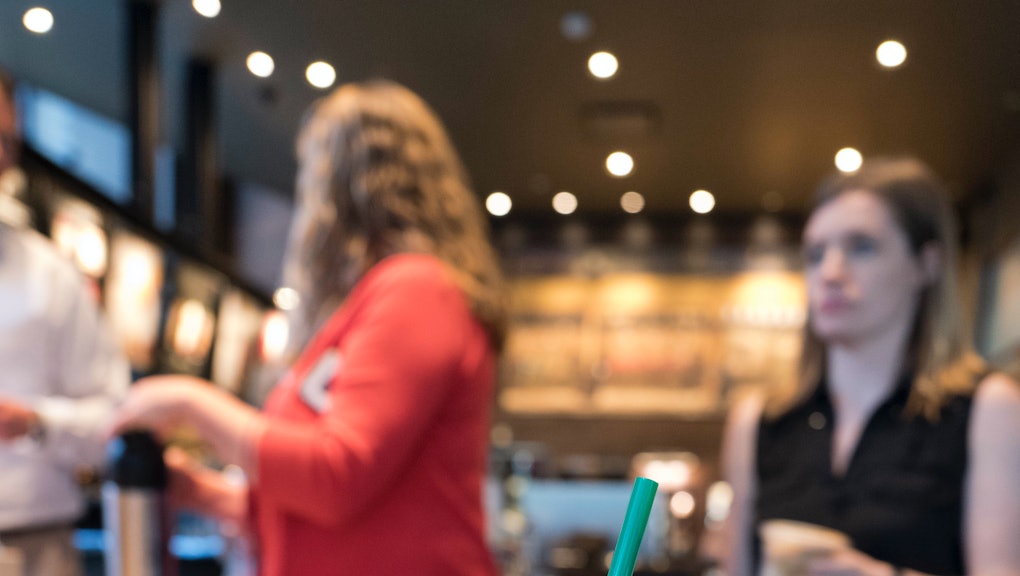 Starbucks will ban plastic straws by 2020. But is its new lid really any better for the environment?

Starbucks announced on Monday plans to eliminate plastic straws globally by 2020. Customers will soon be drinking their Frappuccinos through alternatives to the coffee giant’s iconic green vessel. Certain beverages will come equipped with a strawless lid, a kind of elevated sippy cup, and other drinks will come with paper or compostable plastic straws. Customers who prefer or need a straw will be granted the compostable versions upon request.

Straws have been a focal point for plastic waste activists, and for good reason: 500 million plastic straws are used every day in the U.S. alone. (Editor’s note: This statistic originates from an informal survey of straw manufacturers done in 2011 by Milo Cress, who was 9 years old at the time. Cress has since told Reason that the National Restaurant Association has endorsed his estimates.) Many of the plastic straws end up in landfills and oceans, posing major threats to marine life. According to the Wildlife Conservation Society’s “Give a Sip” campaign, around 71% of seabirds and 30% of turtles are found with plastic in their stomachs — a situation that can often be fatal.

At Starbucks’ annual general meeting in March, 29% of shareholders supported a resolution asking the company to ban straws and improve its recycling standards. At the time, Starbucks wavered on the proposal; a company spokesperson told Mic that Starbucks would be developing a “recyclable and compostable cup solution,” but wouldn’t reveal specifically its plans for straws.

The announcement comes just a little more than a week after Seattle’s plastic straw ban took effect on July 1. “Starbucks, the largest food and beverage retailer to make such a global commitment, anticipates the move will eliminate more than one billion plastic straws per year from Starbucks stores,” a company press release states. According to one estimate, the company produces 2 billion straws annually.

“Today, I am thrilled to celebrate Starbucks’ bold leadership for Clean Seas with its commitment to phase out its plastic straws by 2020,” actor Adrian Grenier, who has been vocal about Starbucks’ straw use, said in a press release on behalf of As You Sow, a nonprofit that encourages shareholder advocacy. “Starbucks taught the world how to drink coffee, and I believe that this commitment will help teach the world how to embrace sustainable business practices — starting with the plastic straw,” said Grenier.

Is replacing plastic with another plastic really an improvement?

“The strawless lid is made from polypropylene, a commonly-accepted recyclable plastic that can be captured in recycling infrastructure, unlike straws which are too small [and] lightweight to be captured in modern recycling equipment,” a spokesperson told Mic in an email.

Replacing plastic straws with plastic lids is a step in the right direction: Straws are often difficult to recycle and are prevalent in litter on land and in waterways, Jeffery Morris, economist and owner of Sound Resource Management Group, said in a phone interview. The polypropylene material used to make Starbucks’ new lids “will definitely help, if [Starbucks] is committed to doing a recycling program,” Morris said.

Even so, the plastic lid is more of a Band-Aid than it is a solution. The ultimate fix to the world’s plastic problem? “Stop production and use of single-use plastic, period,” Morris said.

The solution is not so far-fetched. Various cities, restaurants and hotels have committed to nixing single-use plastic items from their ecosystems, while Prime Minister Theresa May has proposed a ban for all of the U.K. Still, Morris said in the U.S. at least, “it’s an open question as to whether it’s better to make the cups and lids out of something that can be recycled versus something that can be composted.”