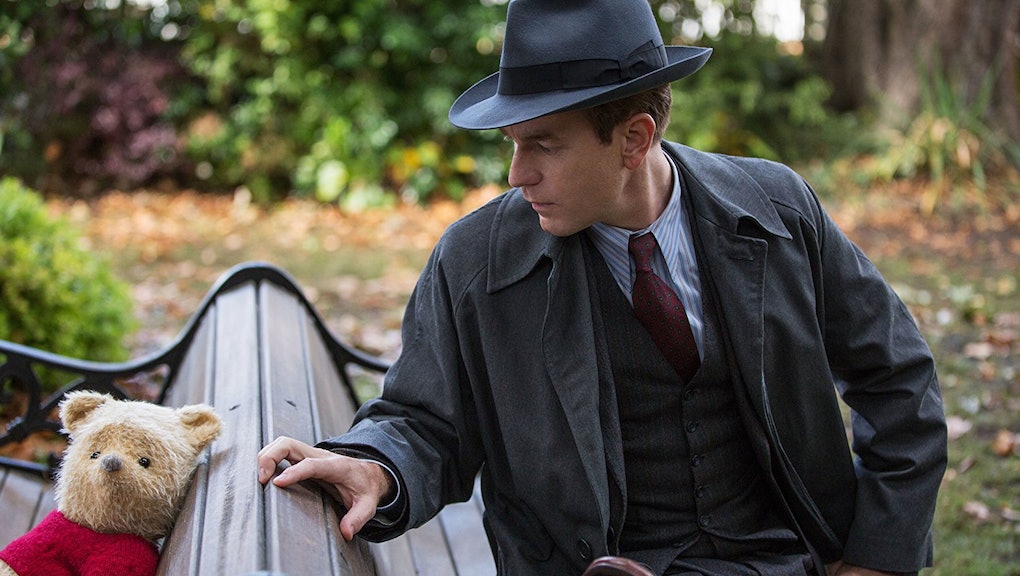 The new movie Christopher Robin — Disney’s attempt to revitalize the Winnie the Pooh franchise with an updated, live-action return to the classic characters — doesn’t open in theaters until August, but already these unnatural creatures haunt my waking hours.

In this version of the story, Christopher Robin, played by Ewan McGregor, is an adult and his old stuffed friends (Pooh, Tigger, etc.) come back into his life to teach him how to love again, probably. But there’s something we need to talk about that’s become increasingly evident from my repeated viewings of the trailer: The animated stuffed animals are unnerving.

Don’t get me wrong, the animation is impressive — Pooh and the gang look exactly like dusty stuffed animals. The textures are spot on, and in still frames they’re almost nice to look at. It’s just when they start opening their little mouths and blinking their glass eyes and moving their animated limbs that I begin to feel something is deeply, terribly wrong.

This sense of unease likely comes from a now widely discussed phenomenon called the uncanny valley. It’s a theory first named in 1970, by roboticist Masahiro Mori. Basically, it hypothesizes that the more human something looks, the more we like it. But that only holds true up to a point — once a robot gets is close to looking human but somehow not close enough, our affection for it suddenly drops sharply and we feel uncomfortable looking at it.

The uncanny valley theory has been used to explain why the human-like characters in the 2004 Tom Hanks Christmas flick The Polar Express were so dang creepy. It explains why one of Pixar’s early shorts, Tin Toy, which featured an animated human baby, was also very creepy — and why the company stuck to animating toys, fish and robots for so long.

But wait, you say, animation has become much smoother and more advanced since the days of the Polar Express’ horrific, dead-eyed Tom Hanks look-alike. And anyways, aren’t the stuffed characters in Christopher Robin meant to look like toys, not humans? Both are good points, except that it’s their intrusive presence in our very real world that makes their differences all the more upsetting.

The new creatures from Christopher Robin look real — but they’re not. Which means I also can’t stop imagining Ewan McGregor talking to some kind of ridiculous CGI-ready puppet like in these behind-the-scenes photos from 2017’s Beauty and the Beast, of Emma Watson posing with Dan Stevens in his pre-animation outfit.

In short: Unless this movie turns out to be amazing, I say get back to the Hundred Acre Woods you unnatural devil-creatures.

But not everyone feels the same sense of discomfort about this movie that I do. My co-worker, reporter Tim Mulkerin, posits this counterpoint: “I like them.”