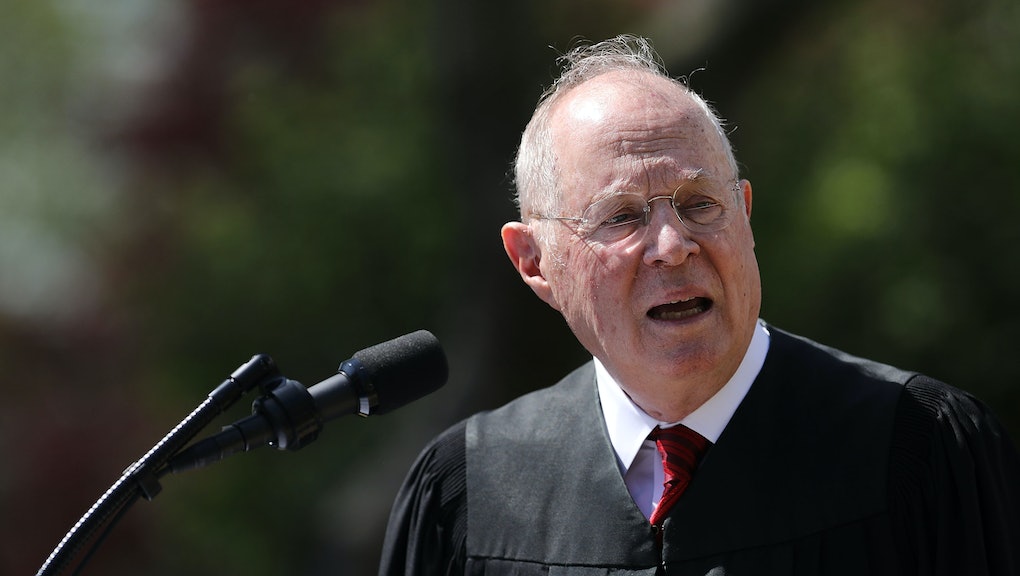 Plaintiffs in abortion cases currently in the court system: “We can’t be afraid”

In June, the private women’s health care organization Whole Woman’s Health Alliance announced a new lawsuit challenging a series of Texas laws that they allege impede women’s access to safe and legal abortion. The announcement of the suit came nearly two years to the day after the ruling in the case of Whole Woman’s Health v. Hellerstedt, which struck down a group of anti-abortion laws in Texas in perhaps the most notable reproductive rights case of this generation.

“On the day [Kennedy] announced his retirement, I had many conversations with many lawyers pretty quickly,” Amy Hagstrom Miller, founder and president of the Whole Woman’s Health Alliance and Whole Woman’s Health, said in a phone interview. “But we decided that all the reasons we decided to challenge these laws in the first place still exist. That people’s stories still need to be lifted up.”

Hagestrom Miller’s organization is plaintiff in not just the new suit pushing back on Texas’ longstanding restrictions to abortion access — such as waiting periods and clinic licensing standards — but also in lawsuits against Indiana’s restrictions on medication abortion, Texas’ laws on fetal tissue burial requirements, Virginia’s decades-old laws requiring mandatory ultrasounds and waiting periods before receiving an abortion and for second trimester abortions to only be performed in a hospital, among other regulations.

For plaintiffs like Hagestrom Miller and many abortion rights legal strategists, Kennedy’s retirement and Kavanaugh’s nomination don’t signal a need to shift legal strategy, but rather are a cue to amplify their rallying cry and elevate the very issues these suits represent.

“I’m just focused on knowing that I am doing the right thing,” Hagstrom Miller said. “People are affected by these laws and they need to have their voices uplifted and we can tell the narrative of undue burden and how these laws impact people, and that’s an important effort whether or not we win. If I get hung up on the variable I can’t control, we will be discouraged. One takeaway from the Whole Woman’s Health decision, other than winning, is that it’s always the right time to do the right thing.”

When it comes to the types of cases actively winding up the legal system, and on which the future of abortion access may hinge, Amy Myrick, a staff attorney on the judicial strategy for the Center for Reproductive Rights, said in a phone interview that there are broadly four general categories of kinds of laws being challenged: bans on abortion choices made for a particular reason like the race or sex of a fetus or a disability that the fetus has been diagnosed with, such as a suit currently underway in Indiana; state laws that require fetal tissue to be buried or cremated, such as a case currently underway in Texas; laws banning certain methods of abortion, which oftentimes restrict which methods can be used at what points during a pregnancy; and previability bans, that seek to ban abortion before fetal viability, such as the “heartbeat” law that passed the statehouse in Ohio but was vetoed by the governor.

The Center for Reproductive Rights is counsel on many of the key cases currently working their way through the courts, including many of the cases in which Whole Woman’s Health Alliance is involved. The group said that there are currently “dozens” of cases currently working their way through the lower courts at present. Myrick explains that the through-line on all of these suits is an emphasis on current federal precedents, both in regard to fetal viability and how undue burden is defined for women attempting to access the abortion care presently constitutionally guaranteed.

But while all these cases rest on Roe v. Wade being the current law of the land, Kennedy’s retirement from the Supreme Court could upend that longstanding precedent.

“The reality is that this is the biggest risk to Roe seen in my lifetime and the risk is real. Most people are in agreement that Roe shouldn’t be overturned. It’s certainly alarming that it may be now, but I think the alarm is warranted,” Heather Shumaker, senior counsel at the National Women’s Law Center, said in a phone interview.

“It’s no accident that there are so many cases in the pipeline that we could see in the Supreme Court in the next few years,” Shumaker said. “Over the last eight years, there has been an effort by the anti-choice movement to push legislation in states with governors sympathetic to anti-abortion beliefs, to push these very types of restrictions that could make it to the Supreme Court.”

Shumaker said that since the 2016 ruling on Whole Woman’s Health, many states have moved away from TRAP — or targeted regulation of abortion providers — laws, such as those struck down by the Court in 2016, to the kinds of laws that might be argued as credible under that frameworks.

For example, Alabama, Texas and Arkansas all currently have method bans tied up in the legal system. In June, a judge temporarily blocked an Arkansas law that banned abortion by medication unless there was a backup provider with admitting privileges at a hospital available to patients.

In Texas, state lawmakers continue to try to ban dilation and evacuation — the most common second trimester abortion procedure — despite laws having been blocked by a federal judge. In May, the Supreme Court refused to hear the case of an Alabama law that effectively banned all medication abortion in the state, letting the law stand, though the Supreme Court’s decision not to hear the case is not final.

“I think under existing standards, these laws would all still be considered to be unconstitutional restrictions,” Shumaker said. “I would think we would still see something in terms of litigation to get rid of these unconstitutional laws on the books.”

That is, even with Kennedy off the court, reproductive rights advocates are unlikely to stop challenging laws which they think fly in the face of Roe’s guarantee of a woman’s constitutional right to abortion anytime before fetal viability.

Whole Woman’s Health owns and operates abortion clinics in Indiana, Virginia and Texas, among other states, all places where there are active suits to challenge state-level abortion restrictions.

“We have clinics in six different states and it’s like I operate facilities in two different Americas,” Hagstrom Miller said. “In Texas, you have waiting periods and forced ultrasounds and bans on insurance coverage and only a doctor can perform the abortion procedure and a patient has to come in for two separate appointments. The same access to abortion exists on paper there as it does in Minnesota or Maryland, but in those places you can make an appointment and come in the same day and insurance can cover it. The way you can access care depending on where you live is completely different.”

And, Hagstrom Miller said, she believes that Justice Kennedy’s retirement means that schism could grow, emboldening those who would like to see an end altogether to safe and legal abortion access in the United States.

To that end, though, she also emphasizes that plaintiffs like her won’t be slowing down anytime soon.

“Whether they flip Roe or not, we are going to continue this strategy,” Hagstrom Miller said, on the commitment of women’s health advocates to taking restrictions to abortion care to court.

The lawsuits that Hagstrom Miller is involved in fall into two categories: challenging regulations passed after the Supreme Court’s ruling in Whole Women’s Health, such as the fetal tissue and burial standards law in Texas, and leveraging the Whole Women’s Health ruling to fight older abortion restrictions that have been on the books for a decade or more.

“We see the state trying to step in and regulate how women have an abortion and what they’re supposed to do afterward and what the medical practice surrounding abortion looks like. So we’re trying to stop them in their tracks,” Hagstrom Miller said.

Before any arguments reach the Supreme Court, cases first must work their way through lower federal courts — many of which have already been significantly impacted by other Trump appointees. Trump inherited 105 federal court vacancies when he took office in 2017; as of July, 42 federal judges appointed by Trump have been confirmed.

“Everyone’s talking about Kennedy, but there are also presently a number of vacancies on federal courts and those being filled would impact these challenges to these kinds of legislation and the path for these suits to the Supreme Court,” Shumaker said, noting that many plaintiffs might take their cases to state court as opposed to federal court with the hope of a better outcome, as was just seen in Iowa and the challenge to their ban on abortion after six weeks of gestation.

Hagstrom Miller, however, said she is just trying to stay focus on the path ahead of her and the litigation she hopes will make abortion access more equitable for American women.

“At one point, I was kind of encouraged, I thought I could get before the Supreme Court before the change of its makeup and that Kennedy could rule in our favor again,” she said of how she felt several months ago, before launching this latest suit in Texas. Today, she said her sentiment is largely unchanged, though.