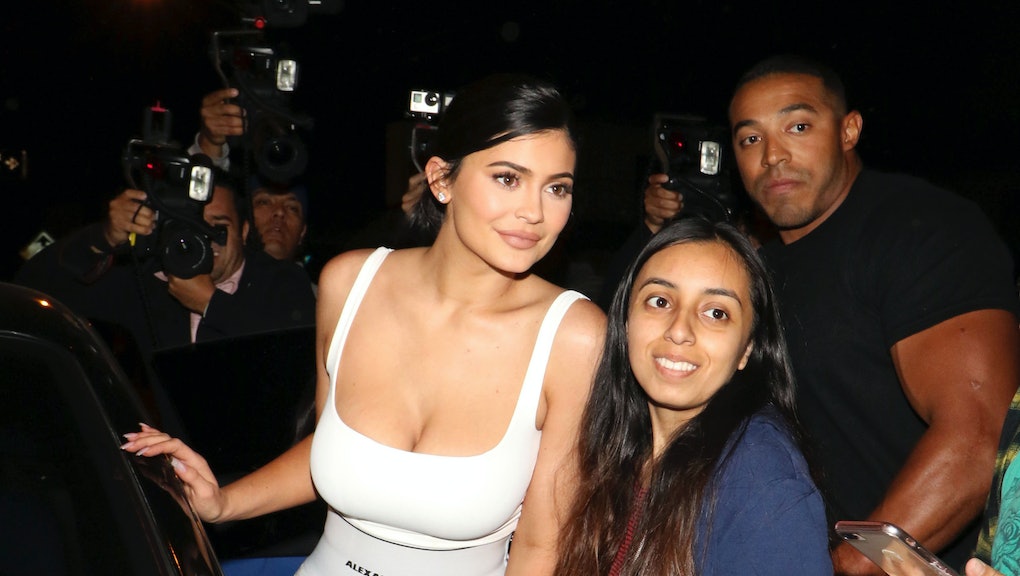 If you’re surprised at Kylie Jenner’s sudden appearance on a Forbes list, you probably haven’t been paying attention. You’re not alone, demonstrated by the gobsmacked, baffled, almost angry reaction Wednesday to the magazine’s August cover, which features the 20-year-old Jenner staring into the camera looking like the entrepreneur she is, arms crossed in a black blazer, with a headline proclaiming her one of “America’s Women Billionaires.”

Any pop-culture consumer — anyone who watches television or has picked up a magazine — knows who the Kardashian-Jenners are. The family has been a highly public phenomenon for at least 11 years now. And if you spend any time around a teenage girl, or happen to be a young woman yourself, you know that Kylie Jenner is an immensely popular figure — a photo she posted in February of her newborn daughter is the most-liked Instagram of all time, for example, with nearly 18 million likes — and that the cosmetics company she founded regularly rolls out products that sell out within hours (and aren’t cheap).

Still, you can know all that and yet be shocked to learn that Jenner is approaching 10 figures in earnings before legal drinking age. How did she pull it off?

Jenner’s mom-ager, Kris Jenner, has been married twice. Her first husband, Robert Kardashian, was one of O.J. Simpson’s attorneys; in 1985, Kris flaunted her extravagant life in a now-hilarious video she made celebrating her own 30th birthday. When she divorced Kardashian in 1991, she petitioned for spousal and child support with the argument, “The petitioner and I shared a luxury lifestyle.”

She wed Caitlyn Jenner in 1991, one of the greatest athletes of the 1970s. After her tremendous, world-record-setting Olympic success, Caitlyn chose endorsements with Wheaties and Tropicana, among others, and dabbled in TV, movies, motivational speaking and more public engagements.

Kylie Jenner was born in 1997 in Los Angeles, to a family with immense wealth and privilege. Raised in southern California suburbs, she attended a private school where an average year of tuition is around $30,000.

Understandably, then, readers were irritated by Forbes designating Jenner a “self-made” billionaire, as she was born on third base. Even the Dictionary.com social media account chose to remind followers what the term self-made actually means. It’s a complicated term — President Donald Trump, too, calls himself the embodiment of the American dream in his White House bio despite the fact that his millionaire father famously gave him a $1 million loan to start his real-estate business — but in their cover story, Forbes compares Jenner’s business to that of young billionaires Mark Zuckerberg, Evan Spiegel, and Bill Gates. She is set to surpass them both for that “youngest ever” title.

She’s the star of a television show

Keeping Up With the Kardashians debuted in October 2007, when Jenner was only 10 years old. She’s appeared in all 15 seasons, and even got her own spin-off, Life of Kylie, in 2017. Among other signs of success, the Kardashian-Jenner family renewed their contract with the E! Network for an undisclosed amount in 2012, a reported $100 million in 2015, and a reported $150 million in fall 2017. It’s hard to know how the money is divvied up, but if Kylie were, say, splitting that last sum eight ways with Kris, Caitlyn, Kourtney, Kim, Khloe, Rob and Kendall, her chunk would be $18,750,000.

She’s signed so many endorsement deals

As a teenager, Jenner secured deals with for Puma sneakers and PacSun clothing, both of which continue today; you can still buy a romper or tube top in the name of Kylie and her sister Kendall. She’s worked with major brands like TopShop, Calvin Klein, and O.P.I. nail polish, and smaller, Insta-famous ones like FitTea, SugarBearHair, Waist Gang Society waist trainers, and HiSmile teeth-whitening kits, among many others.

All of her previous work cemented Jenner as a millionaire before her high-school graduation. But the reason she landed on the cover of Forbes is due to Kylie Cosmetics, the company she built off the strength of her own face (specifically her lips) and named after herself.

The magazine recounts the full story of the overnight success of Kylie Lip Kits (more like “over-a-few-seconds success,” as her very first product launch sold out in one minute, according to Forbes), but there are some key figures. Kylie Cosmetics launched in February 2016 with lip kits in six shades; at the end of 2016, the company had a revenue of $307 million, according to Forbes. A holiday collection that year sold $19 million of products in a single day.

The company brought in another $330 million in 2017, and sales are up so far in 2018, Jenner told Forbes. A startling insight is that Jenner has almost no overheard: only seven full-time employees, with manufacturing, production and sales outsourced to several contractors. Jenner owns 100% of the business, which Forbes values at nearly $800 million.

Her beauty impact is everywhere, both culturally (with girls plumping up their lips to imitate hers) and professionally (Maybelline, L’Oreal, Revlon, Stila, Smashbox, Tarte, NYX, and many others now sell ultra-matte lip products and kits that seem to capitalize off Jenner’s success). More celebrities are launching beauty lines in their own names, as opposed to just endorsing the major lines, including her own sister Kim Kardashian and Rihanna.

The title of “self-made” remains debatable at best, and she’s not a billionaire yet. But the shock and awe (and shade) toward her accomplishment is just another reminder of how young women are often underestimated. In her cover story, Jenner is compared to Evan Spiegel, the founder of Snapchat. They’re both white people born in the 1990s to privilege and private schools in southern California, both people who left traditional school early to pursue their businesses — yet the many magazine covers about Spiegel’s accomplishments were not met with surprise. Jenner turns 21 next month — in time to celebrate her magazine cover with her first legal glass of champagne.

This article was originally published on July 12, 2018