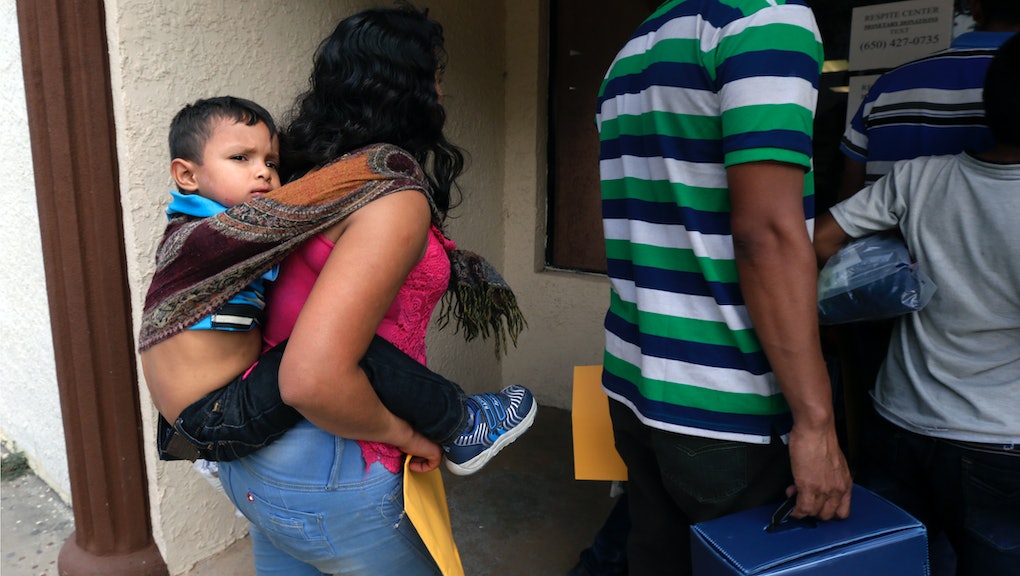 The Trump administration announced Thursday it had completed the court-ordered reunification of the youngest group of separated immigrant children with their parents. But while the group comprised 103 children in total — all under the age of 5 — only 57 of them actually made it back to their families.

On June 26, in a blow to the Trump administration’s zero tolerance immigration policy, San Diego Judge Dana Sabraw issued a preliminary injunction requiring that the government reunite separated immigrant children younger than 5 with their parents by July 10, with older children to be reunited by July 26. On Thursday, after much consternation about the immediacy of the deadline, the Department of Homeland Security announced in a statement that it had completed the first round of reunifications.

However, of the first group children the government was responsible for, 46 were “acknowledged by the court to be ineligible for reunification or determined by HHS, DHS and DOJ to be ineligible under court-approved criteria.”

In a progress memo that amended an earlier report that Sabraw required the Trump administration to submit to the courts, Justice Department officials broke down the numbers on the children that it could not immediately reunite.

Of the 46 ineligible children, 22 were found to be ineligible due to “safety concerns posed by the adults in question.” In 11 of those cases, that meant that the adult custodians were found to have a “serious criminal history” that the government said included “charges or convictions for child cruelty, kidnapping, murder, human smuggling, domestic violence, etc.”

Other children in that group could not be released to adult custodians because of one case of a falsified birth certificate, one credible allegation of child abuse, one instance of an adult planning to house the child in question with an adult charged with sexually abusing a child. One adult was being treated for a “communicable disease” (although the original court filing noted that once the parent no longer has the disease, reunification can proceed).

In the other group were 24 children not eligible for reunification because of the “circumstances of the adults in question.” In half of those cases, that means that the children have a parent or guardian who has already been deported (the original court filing notes that the government will “work with Plaintiffs’ counsel to contact these 12 parents and determine whether they wish to have their child reunified with them in their home country.”)

Of the other 12 adults in that group with circumstances preventing reunification, nine are in the custody of the United States Marshals Service and two are being held in state jails “for other offenses,” and one adult’s location “has been unknown for over a year.”

In court filings, the government expanded on the circumstances of that missing parent, noting that “records show the parent and child might be U.S. citizens.” No other information about that particular case has been given.

“The American immigration system is the most generous in the world, but we are a nation of laws and we intend to continue enforcing those laws,” the statement reads.