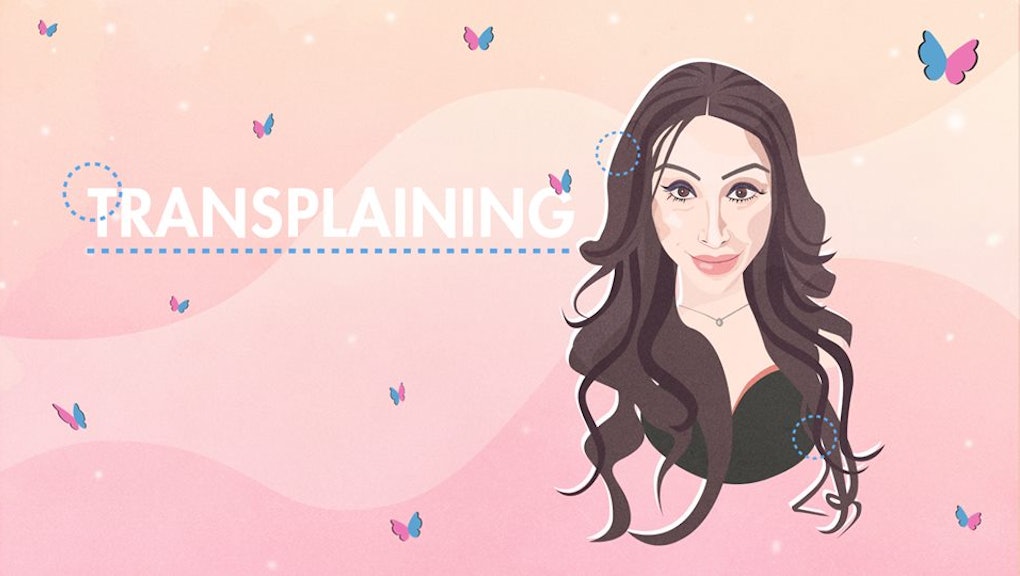 Transplaining: I’m a transgender man who wants to be a dad. How should I come out to my future kids?

I hope to be a dad one day, but I have a lot of concerns about raising a kid as a transgender guy. I feel like it’d be wrong to hide that. When should I tell my kids that I’m trans? And how do I tell them?

Although some may suggest that transgender people are unfit to be parents, I think your query is very much indicative of the opposite. You are approaching potential fatherhood in an exceedingly thoughtful manner — one that displays genuine concern and care for the well-being of your future child. If anyone attempts to tell you that you should not be a parent, pay them no mind. There are plenty of trans individuals who raise healthy and thriving children.

I again reached out to Tiq Milan, a trans man who recently welcomed a child of his own with his wife Kim Katrin Milan. Like you, Milan spent a great deal of time contemplating this very topic.

“As parents, we shape the world for our children,” Milan said in an email. “We set the foundation for what is true, right and possible. I think during these early years, it’s important to teach them the truth: that gender is not a binary system but a spectrum of possibilities and that her dad is on that spectrum.

“I have a 6-month-old daughter and she has several transgender and gender nonconforming people in her life. She’ll always know that gender is a multitude of experiences, and I have mine, just as my wife has hers as a cisgender woman.”

In terms of deciding when and how to come out as trans to your future child, this is a deeply personal choice that only you can make. You certainly shouldn’t feel obligated to disclose your trans identity to anyone, but coming out to your child as trans may actually facilitate a significant teachable moment for them. They will begin to learn about the nuances and realities of trans identity, potentially instilling them with the integral qualities of compassion and empathy from an early age. And after all, being trans is a core part of who you are. Don’t you want your child to know the true you in all of your trans glory?

Although it’s certainly important to plan ahead, I also suggest you not overwhelm yourself with issues that will arise in the distant future. Being trans entails its fair share of present-day difficulties that can be exhausting to deal with. Take the time you need to exhale and focus on your mental wellness. I am optimistic that your dreams of being a father will come true in time, and that when you are faced with trans parenthood and the issues that arise from it, you will handle them with grace and fortitude.

In the meantime, discover ways to soothe your mind and enjoy each step of the journey toward your ultimate goal.