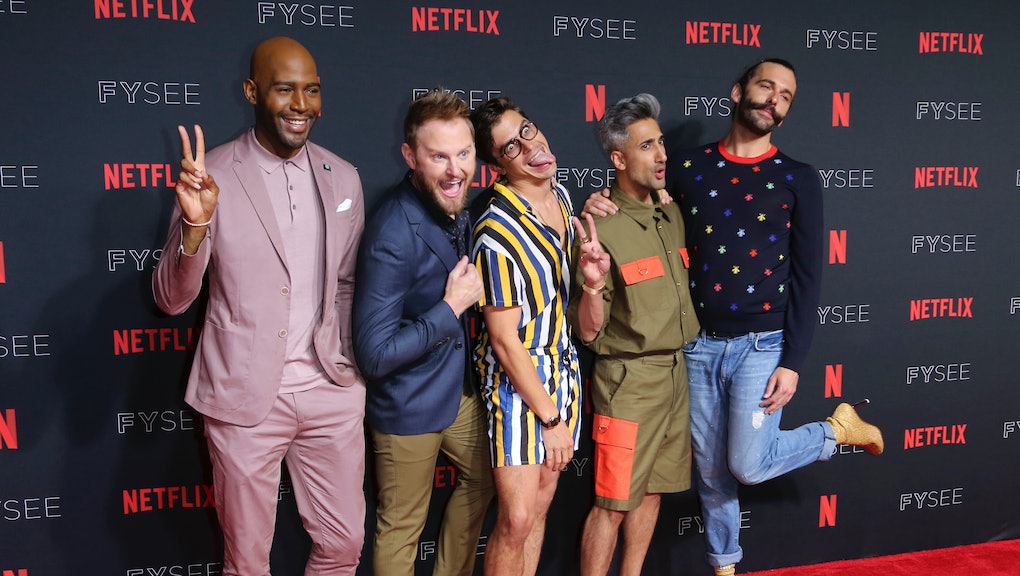 The Fab Five are coming back, back, back again — but this time, they won’t be making over the good people of Georgia. For season three, Karamo Brown, Tan France, Antoni Porowski, Jonathan Van Ness and Bobby Berk will be infusing the citizens of Kansas City, Missouri, with a little more fabulosity.

Filming for Queer Eye’s third season officially began on Tuesday, according to a tweet from Berk, the show’s interior designer. This time around, the Fab Five don’t seem to have to keep things as tightly under wraps, since most of them have been posting behind-the-scenes clips and selfies of their first day back on set. (Filming for seasons one and two happened simultaneously, so they probably couldn’t talk about the show publicly at the time.)

“It’s the first day of season three, we’re getting mic-ed up, and oh my god, we can talk about it this time,” Berk said in a video posted to Twitter.

Brown, the show’s de facto psychotherapist, tweeted a group shot in one of his trademark bomber jackets.

As of publication time, France, fashion expert and lover of baked goods, hadn’t posted anything proper on his Instagram feed — he only had time for some nutritional pizza spon-con, apparently — but he did upload a cute boomerang video with Van Ness to his Instagram Story.

As for what changes are in store for season three beyond the relocation, it’s anyone’s guess. In April, the mayor of Kansas City tweeted a casting call for the show, which said Netflix was casting “men, women and couples within a one-hour radius,” according to KCUR.

Netflix has yet to announce a release date for the new slate of episodes, but we’ll keep you in the loop.