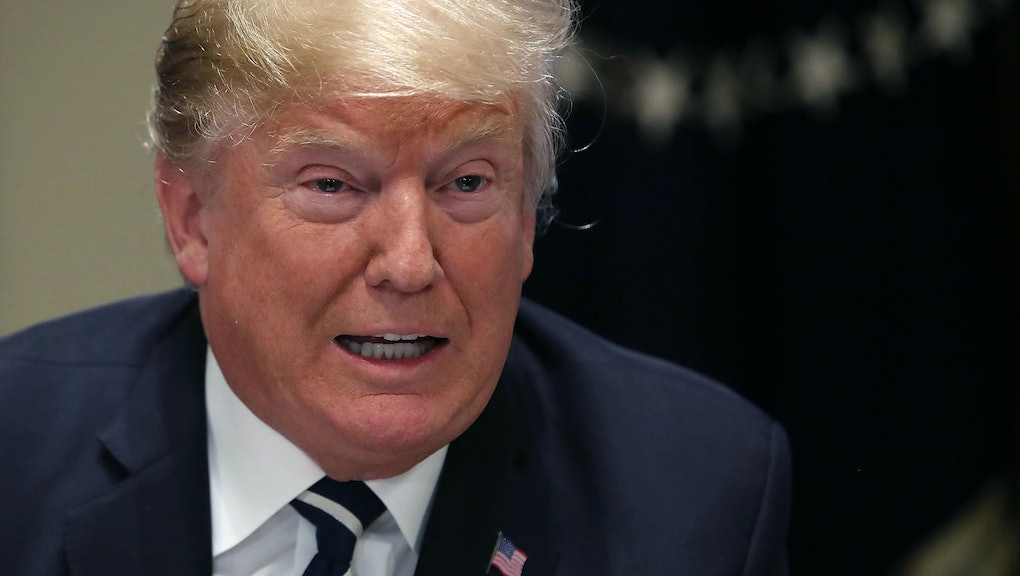 In the wake of bipartisan criticism surrounding his summit with Russian President Vladimir Putin, President Donald Trump has crafted a straw man argument to explain away his conduct with a hostile foreign power: Either accept his cooperation with Putin, or risk the start of war with Russia.

Trump made the argument in a Wednesday morning tweet storm.

“Some people HATE the fact that I got along well with President Putin of Russia,” Trump tweeted. “They would rather go to war than see this. It’s called Trump Derangement Syndrome!”

And it’s been parroted by Trump defenders on Fox News.

“If you ever get these people on, ask them this question, for yourself, for me, for the American people,” New York University professor emeritus of Russian studies Stephen F. Cohen said Monday night on Fox News host Tucker Carlson’s show. “Do you, these people who are hunting Trump, do you prefer trying to impeach Trump to trying to avert war with nuclear Russia? That is the bottom line, and that is where we’re at today.”

The U.S. has had an adversarial relationship with Putin for years, including sanctioning Russia for illegally annexing Crimea and meddling in the U.S. election, but it has not raised the possibility of war, nor have most serious foreign policy discussions about Russia.

“The binary choice, my way or war, thing was dumb when Iran Deal proponents deployed it. But at least there were arguments on the table to strike Iranian nuclear sites,” Noah Rothman, a conservative columnist and Commentary magazine editor, tweeted. “Precisely no one is advocating a kinetic response to things Russia did two years ago.”

Aside from refusing to stand up to Putin in Helsinki on Monday — when asked if he would do so by a reporter — Trump also questioned the most essential part of NATO after meeting Putin.

In an interview with Fox News’ Tucker Carlson that aired Tuesday, Trump questioned why NATO would defend Montenegro — a country that joined NATO in 2017 against Putin’s wishes. The country was also the target of a coup plot by Putin by in 2016.

NATO has a mutual defense clause that’s only been invoked once in the organization’s more than 60-year history, and it was after 9/11 to come to the aid of the United States.

“Who’s arguing for war? Seriously,” Jonah Goldberg, a senior editor at the conservative news magazine National Review, tweeted. “This straw man is all over the place.”