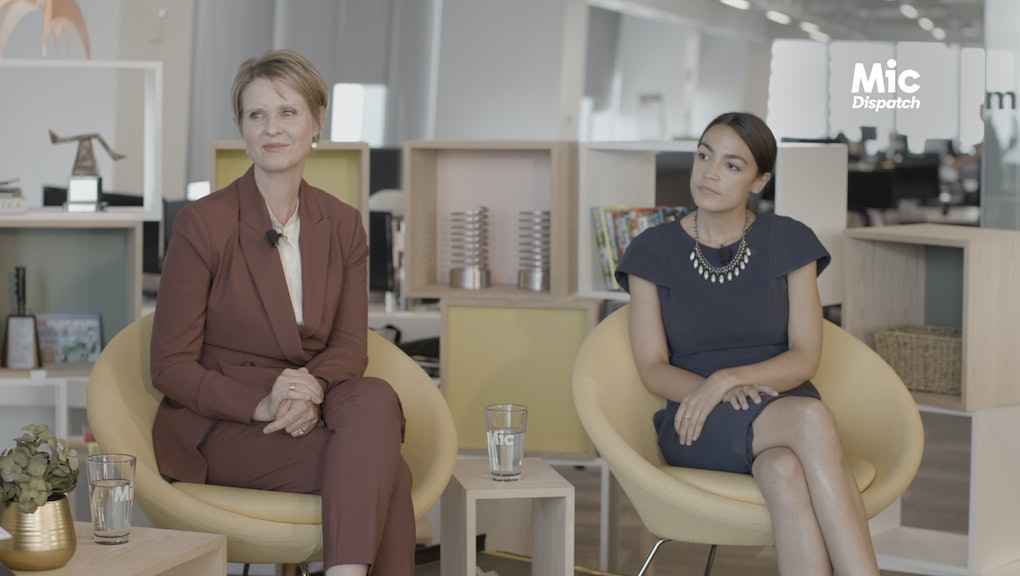 The two most high-profile women running for office in New York launched criticism at Gov. Andrew Cuomo’s Women’s Equality Party on Wednesday for ignoring their candidacies.

The candidates criticized the party, which was founded in 2014 with support from Cuomo, for endorsing two men — Cuomo and Rep. Joe Crowley — instead of the women running.

When Nixon was asked whether she would vacate her spot on the Working Families Party ballot line if she lost the Democratic primary, Nixon noted that her opponent would face a similar scenario, yet is never asked the same question.

“I want to point out though that Gov. Cuomo will have the same situation when I win the Democratic nomination,” Nixon said. “Andrew Cuomo is actually on two different ballot lines, he’s on the Independence Party line and the Women’s Equality Party line, which is a party he invented and that he funds.”

Many saw Cuomo’s role in founding the party as a clap back to the Working Families Party, which had briefly considered endorsing his Democratic primary opponent Zephyr Teachout before eventually endorsing Cuomo.

The irony of the Women’s Equality Party endorsing men was not lost on Ocasio-Cortez.

“[They endorsed] Joe Crowley as well,” Ocasio-Cortez said. “So, Cynthia and I have both been snubbed by the Women’s Equality Party as the only female candidates in our races.”

Despite the fact that Ocasio-Cortez won the Democratic primary, Crowley will still appear on the ballot under the Women’s Equality Party line. He will also appear a second time on the ballot on the Working Families Party line, who endorsed him early on in the race. WFP has since endorsed Ocasio-Cortez and asked Crowley to withdraw his name from the ballot, but Crowley has refused.

Similarly, regardless of who wins the Democratic nomination for New York governor, both Nixon and Cuomo will have the opportunity to remain on the ballot.

Both races illustrate the kinds of confusion and frustration that New York’s fusion ballot system can cause in hotly contested primary elections.

Now the issues with that system will be on full display as two men are poised to appear on the ballot against two female candidates as representatives for women’s equality.