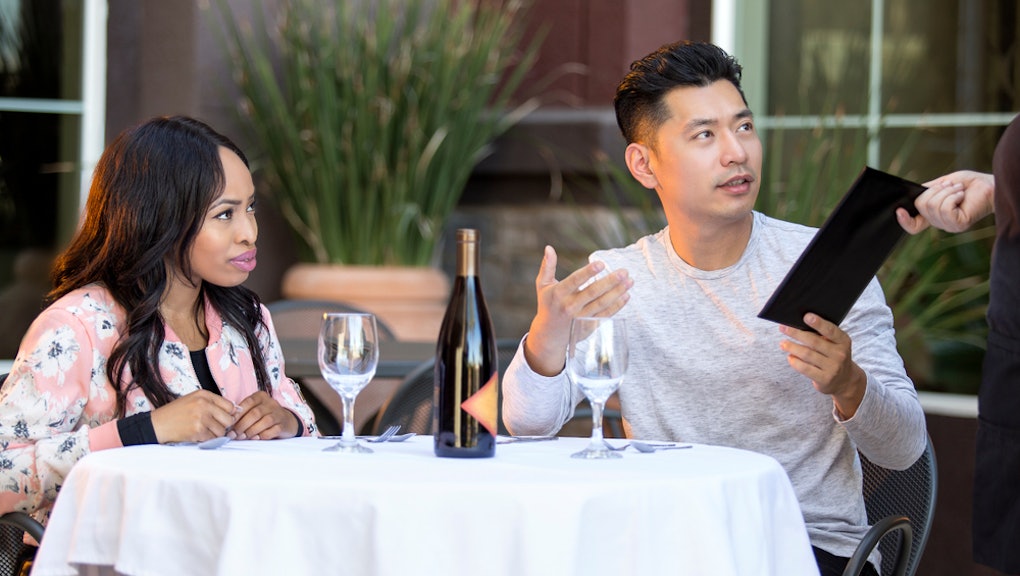 Love and Money: How to figure out if your new romantic partner is a financial disaster

Modern dating is grueling enough as it is. After weeks of swiping and awkward messaging, you sit down across from a stranger and spend about 90 minutes assessing: Am I attracted to them? Am I enjoying their company? Do I want to stab them in the hand with a fork?

Something you might not be questioning on the first date — but should be — is whether this person has a good credit score. Money is hugely important to a relationship’s ultimate success: According to a 2016 Experian survey, 59% of divorced people say finances played a role in the breakup of their marriage, and 71% of divorced women in the same study said their spouse’s spending habits weren’t what they expected. So while you might not want to hop into this topic before you’ve gone on a second date or learned their middle name, it’s not insane to consider, as you begin falling for someone, whether they’re good with money.

“Money is never about the dollars and cents,” Jacquette M. Timmons, a financial behaviorist and the president and CEO of Sterling Investment Management, said. “When you’re observing someone’s behavior around money, what you’re tapping into is what are their beliefs about money? What are their expectations, what are their values? It’s about habits, goals, choices. Money is the tool by which you can get to know the layers of someone.”

This vetting process isn’t about determining if the person you’re dating is literally wealthy. These tips are about deducing whether you’re entering into a partnership with someone who’s not disciplined with the dollars they do have, someone who doesn’t know FICO from FAFSA. Consider this sleuthing a bit more casual than straight up demanding a credit check or pay stub.

A Match.com survey found that the average unmarried American spent $1,596 on dating in 2016.

Notice the kind of dates they plan

When you’re excited about a new person you’re dating, it’s natural to spend a bit more money: You might hit up restaurants and bars more often than you would in normal life, or try fun new activities. In fact, a Match.com survey found that the average unmarried American spent $1,596 on dating in 2016. Even if it’s not the truest example of your date’s financial self, there’s plenty to learn on those initial outings.

“Perhaps the first couple of dates, he wants to impress you so he takes you to trendier places. How does he react when you suggest someplace else, or when you suggest a place that’s less expensive?” Timmons said. “You can get a sense of whether they’re stretching themselves. Be observant.” If your date seems hugely relieved at the proposition of a romantic (and free) stroll in the park for your next outing, or seems anxious every time the check arrives, they may be past their personal limit. If they’re trying to dazzle you, that’s sweet! But not so much that they’re willing to go into debt to look cool.

Check out their mail pile

You may have sexier things on your mind the first time you enter a potential partner’s home, but visiting their space is another instance where you should pay attention. “If you look around and see a stack of unopened mail, that’s not a good sign.” Marla Mattenson, a relationship coach who works primarily with entrepreneurial couples, said in a phone interview. A pile of neglected mail could be a sign that bills are going unpaid.

If they’re afraid or reluctant to pay their bills — or just don’t consider it a priority — consider what that says about their level of fiscal responsibility or denial. Similarly, “If the person has a stack of credit cards, like 10 cards, that’s not good sign. You’re revolving your credit and trying to manage that, it’s a bit of robbing Peter to pay Paul,” Mattenson added.

One of the most intimacy-expanding conversations you can have with a person is a deep dive of your respective childhoods. It’s inevitable that money will come up in those reflections, whether directly or obliquely. “I’m sure they’ll talk about their parents, and if money was talked about over the dinner table. For example, my mother was the absolute best saver in the world, and taught the disciple of saving,” Timmons said. “If you’re paying attention, you’ll learn whether they come from a family of savers, whether they invested, whether they struggled and if that struggle was talked about or hidden. You’ll get a lot of insight about the beliefs and behaviors they’re bringing to the table.”

Timmons also suggested inquiring about when and how the person started their most recent job, as they may discuss salary negotiations — especially if the job represented a salary boost.

Mattenson expanded on that: “If they start to complain about work, they’re not doing amazing financially. People who are happy financially don’t complain about work,” she said. That might sound like a sweeping generalization, as there are many reasons why a person might complain about work. But it’s certainly worthwhile to note if salary frustrations are one of the first issues they note about their job. Some people adore their low-paying jobs, and will readily acknowledge their choice to pursue such a field. “People who love their work but don’t get paid enough, they’re doing passion work,” she continued. “They might say, ‘The money’s not great but I love, love, love what I do.’”

Ask about their next vacation

If your date’s most recent trip was hanging out on Jay-Z and Beyonce’s yacht in Portofino, Italy, you might glean that they have beaucoup bucks. That’s not the point: Again, it’s about their framing of the topic. “You could ask, What are your plans for the summer?’ or ‘How do you like to vacation?’” Timmons said. “I think that’s a perfect way to get at how someone chooses to use their money.”

If your date’s most recent trip was hanging out on Jay-Z and Beyonce’s yacht in Portofino, you might glean that they have beaucoup bucks. That’s not the point.

You don’t have to do all the work of drawing the other person out or observing their life, of course. You can instigate a deeper conversation if you reveal something about yourself, like that you’re working through significant student loan debt, or that your mom worked two jobs when you were in high school.

“When you’re the one who has framed the conversation because you’re sharing your story, you’re sharing the backdrop of why you do what you do. You’re extending the opportunity, opening the door for the other person to do the same,” Timmons said. “It’s a beautiful thing, when that other person steps into the door and shares. If they don’t, that’s information to you as well. Let it be an invitation.”