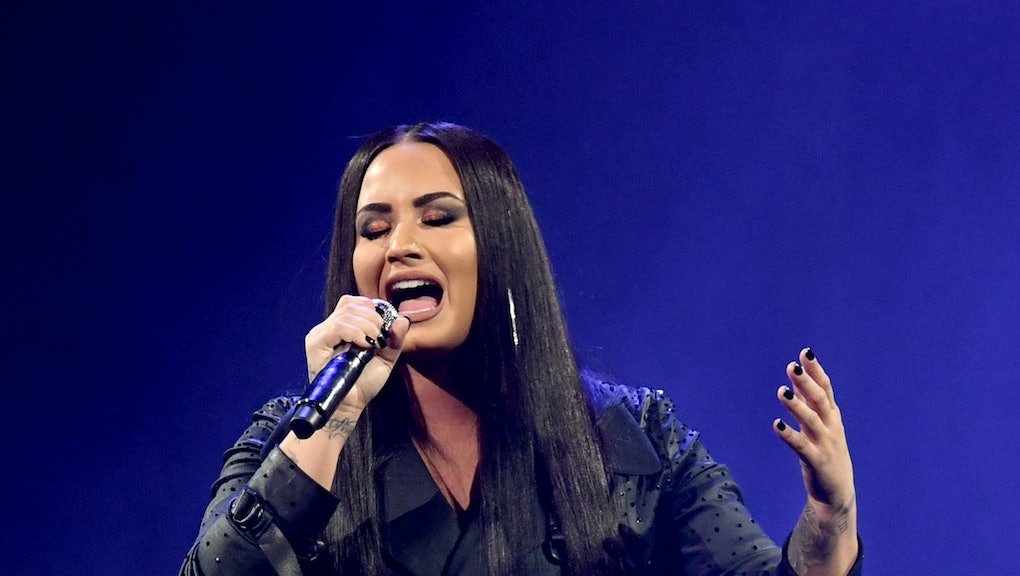 Demi Lovato is still in the hospital

Demi Lovato is still recovering after she was hospitalized Tuesday for what was widely reported to be a drug overdose. People reported Wednesday she was spending another night at Cedars-Sinai hospital in Los Angeles. Her ex-boyfriend, actor Wilmer Valderrama, reportedly visited her in the hospital. Meanwhile, the well wishes continue to pour in from fans and fellow celebs.

Again, Demi, we’re rooting for you.

The Rundown With Robin Thede has been canceled

Welp, there’s going to be one less woman in the already male-dominated field of late-night talk shows. The Hollywood Reporter reported Wednesday BET canceled the critically acclaimed talk show The Rundown With Robin Thede. Thede, who served as the head writer for Comedy Central’s Nightly Show With Larry Wilmore, was the only woman of color to currently host a late-night show. Will The Rundown get the Brooklyn Nine-Nine treatment and find a home somewhere else, or is this really it?

DuVernay, who has already investigated the justice system with her Netflix documentary 13th, will take on the story of the five teenagers who were wrongfully convicted for a 1989 rape in the limited series for Netflix, due out in 2019. The series will likely touch on President Donald Trump’s role in calling for the death penalty for the teens. I, for one, can’t wait to see it.

The nostalgia-fueled reboot trend has claimed another victim ... or something. Frasier is the latest show rumored to be making a comeback. Deadline reported Wednesday that Kelsey Grammer, the series’ former star and executive producer, has been “fielding interest to put together a new Frasier series.” Apparently, the plan for now is for the new show to take place in a different city (the original Frasier was set in Seattle). Maybe Frasier Crane got tired of all the rain?

Put this on your radar: Scotty and the Secret History of Hollywood

Do you love sexy gossip about glamorous Hollywood stars who are now all dead? Then the new documentary Scotty and the Secret History of Hollywood, out Friday, is definitely for you. Scotty Bowers was the real-life proprietor of a Hollywood brothel, visited by some of the biggest stars of the 1950s and ‘60s. And he spills, well, a lot of secrets in interviews for the new documentary about his business, if reviews are to be believed.

According to Vulture, Bowers lays out which famous people visited his brothel and exactly what they asked for. Cary Grant and Rock Hudson? It happened, apparently. Katharine Hepburn and lots of women? Yes. Watch the trailer here.