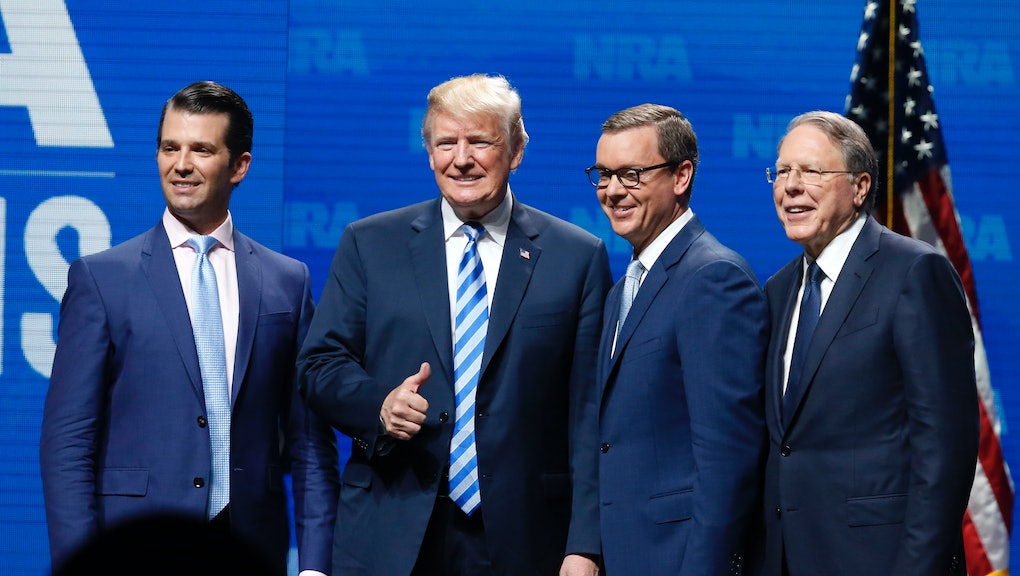 On Thursday, President Donald Trump issued a broadside against what one would imagine is his favorite website: Twitter. He tweeted a vague threat that he’ll be looking into so-called shadow banning on the site.

“Twitter ‘SHADOW BANNING’ prominent Republicans,” Trump wrote. “Not good. We will look into this discriminatory and illegal practice at once! Many complaints.”

Shadow banning is the practice of hiding a user’s posts so that the user can still see their own posts, but no one else can.

On Wednesday, Vice News released a report with the headline “Twitter is ‘shadow banning’ prominent Republicans like the RNC Chair and Trump Jr.’s spokesman.” Despite the headline, what’s alleged in the Vice News article isn’t really shadow banning. Instead, the outlet claims that several prominent conservatives’ Twitter accounts — including those of Republican National Committee chairwoman Ronna McDaniel and Donald Trump Jr.’s spokesperson Andrew Surabian — do not automatically populate when one begins typing their names or handles into Twitter’s search feature.

That didn’t stop the president’s son Donald Trump Jr. from tweeting about the matter — and retweeting other users’ tweets six times — on Wednesday.

The president only follows 47 Twitter accounts, and one of them is his son. Perhaps thanks to Twitter’s “in case you missed it” feature — saw one of his son’s irate tweets and decided to intervene in the online squabble.

According to BuzzFeed News, Twitter claims the issue is simply a bug that occurred on a few accounts, resulting form the company’s new “healthy conversation” initiative, which alters how certain abusive or spam-filled accounts appear on the site. Twitter does not, however, prevent those accounts from posting or being seen at all, as the term “shadow banning” implies.

Twitter also claims that its algorithm isn’t making any sort of partisan determination about what kind of accounts to de-prioritize. However, given social media companies’ history of keeping potential scandals from the public, it’s reasonable to ask whether or not Twitter should be taken at their word for what happened here.

It’s unclear what Trump’s promise to “look into” the practice will actually entail, or yield.