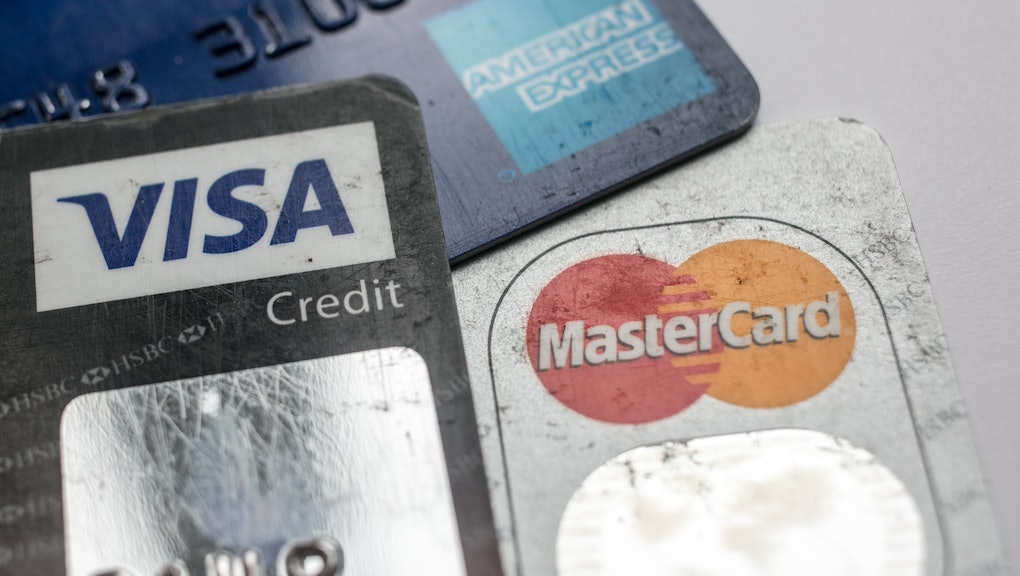 Opening a new credit card: How to choose the right card for more rewards and fewer penalties

Between shiny introductory offers and indecipherable numbers, choosing a credit card can take a lot of time and thorough research. And like the 49 million Americans who have never switched from their favorite credit card, the process can prove too much for some.

“A lot of us are walking around with the same credit card we were told to open by the bank we used when we opened up our first checking or savings account,” Priya Malani, founder, partner and financial advisor at Stash Wealth, said in an email. “But you don’t need to get a Chase or Bank of America credit card because you bank at Chase — and there’s usually no significant benefit to doing so.”

According to Douglas Boneparth, president and financial planner at Bone Fide Wealth, a number of factors are in play when individuals choose to stick with one credit card for a while, he said in a phone interview. “The easy answer is the cost of changing, and I don’t mean the cost in dollars, but actually finding the energy and time to make the change,” he said. “A more technical answer is that people are not necessarily educated with the potential effects [of switching cards] on their credit. In some cases, there could be negative implications. If people have this notion that closing a card could be bad, they’re less likely to change. We’re creatures of habit.”

From the potential negative implications on credit scores to pesky high interest rates, Mic spoke to financial experts about the things you should consider when canceling your old credit card — and what to look for in prospective cards to get the most bang for your buck.

Know that switching cards could affect your credit score

The first step in evaluating which cards to choose may already be determined by your credit score, Malani said.

“If you have a low credit score, your options are going to be somewhat limited. You may need to start with a more basic card until you build your score,” she said. “If you haven’t ever had a credit card before, you may even need to start with a secured credit card which works like a prepaid Visa. You give them money up front and the amount you give them determines your credit limit.”

When canceling a credit card, be wary; closing a credit line that has your longest credit history, or even just closing too many credit cards, could have a negative impact on your score, Boneparth added. To avoid this, Boneparth suggests keeping your original card active and either charging a small amount periodically or none at all, assuming there’s no annual fee on the card.

“If there’s an annual fee, be aware of what you might be paying,” Boneparth said. “There are many credit cards that have substantial annual fees. Once you start entering into the conversation around what the cost is of having a certain credit card, you need to do a cost-benefit analysis — for those fees what are you getting?”

Once such culprit is the Amex Platinum card, Malani said, which comes with an annual fee of $550. “The card has a very hefty fee and if you aren’t using the perks and maximizing the benefits, it’s not worth paying for.”

Malani suggested opening a new card with lower annual fees and a reward program that better aligns with your spending amount, such as a Chase Sapphire Reserve, which has a slightly lower fee at $450.

“A lot of people ask if you should pay attention to the interest rate, but if you’re using a credit card properly, your interest rate should never come into play,” Malani said.

According to Boneparth, for those credit card holders who are unable to pay bills in full, interest rates are of concern. In fact, a 2015 survey found that only 35% of credit-cardholders between the ages of 25 and 50 did not incur some form of debt month to month. When sifting through credit card options, he recommends paying attention to these rates on purchases. “Credit cards are notoriously known for having very high interest rates, often in the double digits, and that’s pretty toxic.”

“Credit card companies want you to charge up more than you can pay off each month because they make money when you have to pay interest on the balance you’re carrying,” Malani added. “In the credit card industry, people who pay their credit cards off in full are deemed ‘deadbeats.’ The key is to pay off your credit card in full each month.”

Align the rewards program with your spending habits

When selecting a credit card, it’s vital to consider where you spend money most often, Malani said. “Credit cards are not created equally. Some offer rewards points, offer cash back, 2x points, 3x points. It’s a lot to evaluate,” she said.

For her clients in their 20s and 30s, Malani says they tend to spend the most on travel and dining and recommends cards that provide two or three times reward points for both, like Chase Preferred or Chase Sapphire Reserve, Amex Gold Rewards and Marriott Rewards Premier Plus.

For clients who have newborns and order supplies in bulk, or simply those spend a lot of time cooking at home, she recommends credit cards like the Amazon Prime Card, which offers 5% cash back at Whole Foods and Amazon purchases.

Malani also suggests websites like Magnify Money or Nerd Wallet that filter for other specific needs.

In terms of rewards, avoid all store cards, Malani said. “We’ve all been guilty of getting to the register and being suckered into opening a card to save 10%. Store cards tend to come with low limits which doesn’t help your credit score very much and don’t offer the same perks and rewards of traditional credit cards,” she said. “Unless you’re buying thousands of dollars worth of stuff, saving the meager 10% usually wipes itself in the long run, because the stores have your info and market to you very heavily.”

In fact, according to a 2016 report, store-branded cards carry an average of 23.85% interest over that of the average credit card at 15.22%, and with only 4 in 10 cardholders resolving balances in full each month, it could be cause for concern.

According to Malani, before switching credit cards, it’s important to know your finances and habits overall. “If you’re charging up more on your credit card than you can pay off at the end of the month, you’re probably living a lifestyle you can’t afford.”

“Always remember credit cards are tools, and tools can be very useful when they’re used the right way,” Boneparth added. “It’s when we use credit instruments and take on debt in an irresponsible manner that we find ourselves in, let’s say, financially dangerous situations.”