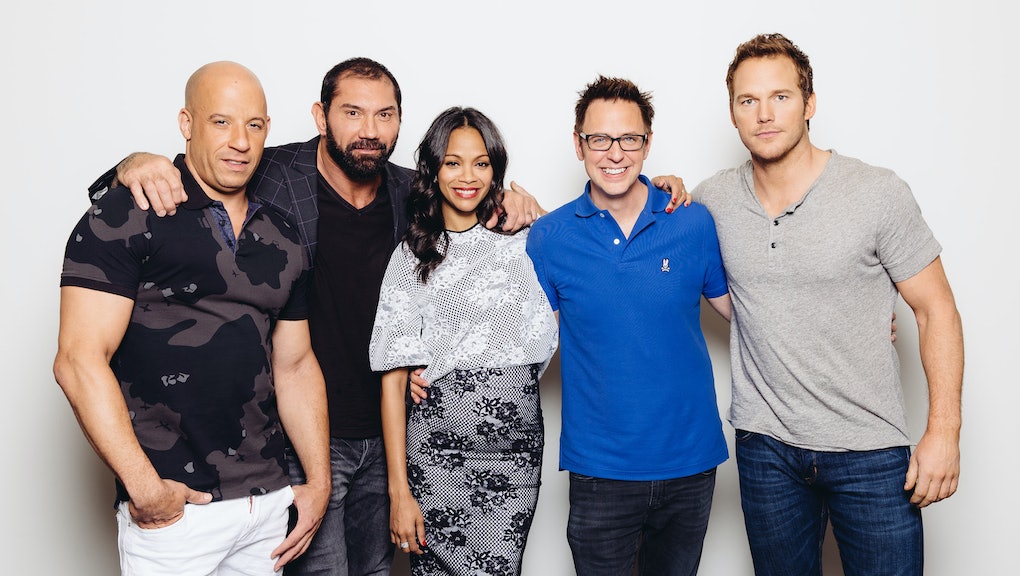 ‘Guardians of the Galaxy’ cast share letter supporting James Gunn: “His apology is from the heart”

The cast of the Guardians of the Galaxy films has come out in full support of director James Gunn, who was recently fired by Disney over offensive jokes he made on Twitter years ago. On Monday, cast member Zoe Saldana shared an open letter from the cast, expressing their “love, support and gratitude” for Gunn, as well as their hope to work with Gunn again in the future.

“There is little due process in the court of public opinion,” the letter reads. “James is likely not the last good person to be put on trial. Given the growing political divide in this country, it’s safe to say instances like this will continue, although we hope Americans from across the political spectrum can ease up on the character assassinations and stop weaponizing mob mentality.”

Pratt also posted the message on his Instagram, along with the caption, “Although I don’t support James Gunn’s inappropriate jokes from years ago, he is a good man. I’d personally love to see him reinstated as director of Volume 3.” Guardians of the Galaxy Vol. 3 is scheduled to be released in 2020.

The campaign to fire Gunn for the old tweets, which included jokes about topics like rape and pedophilia, was spurred on in part by conservative and conspiracy theorist Mike Cernovich. Cernovich — who is known in part for helping to promote the “Pizzagate” conspiracy theory, which also centers on accusations of pedophilia — has something of a pattern of churning up an online mob to go after the targets of his online rants, as HuffPost reported earlier in July.

Before news of his firing broke, Gunn had already apologized for the old tweets, writing on Twitter, “Many people who have followed my career know when I started, I viewed myself as a provocateur, making movies and telling jokes that were outrageous and taboo. ... As I have discussed publicly many times, as I’ve developed as a person, so has my work and my humor. ... I used to make a lot of offensive jokes. I don’t anymore. I don’t blame my past self for this, but I like myself more and feel like a more full human being and creator today. Love you to you all.”

A Change.org petition calling on Disney to rehire Gunn has more than 300,000 online signatures. It remains to be seen whether fan support and this new statement from Guardians’ biggest names will sway Disney’s decision.