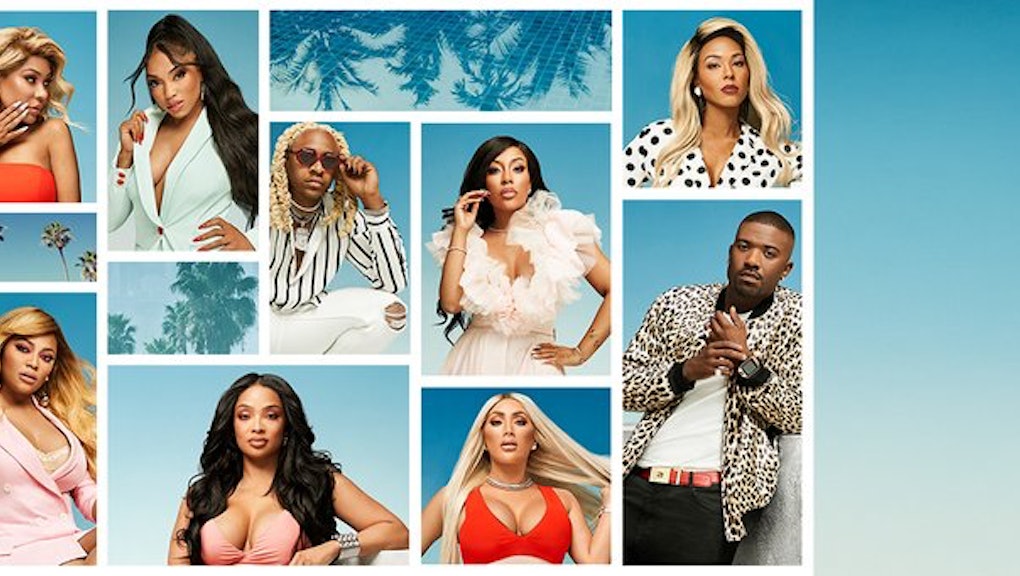 ‘Love & Hip Hop’ is good again, thanks to Hollywood

My love for Love and Hip Hop has long been established. For years, I wrote recaps for the franchises — New York, Atlanta and Hollywood — and at least 15% of my tweets have been dedicated to talking about “my stories” in real time. It used to be appointment television, but somewhere along the way, I started treating the show like a man I’ve ghosted after realizing we were as compatible as me and consistently-on-time private student loan payments.

I have my reasons for tuning out. With New York, with all due respect to Remy Ma and Papoose’s black-love storyline, I do not turn to this show for all of that. I understand that they serve as essentially the T.I. and Tiny of the north (well, if T.I. had gone to marriage counseling). But you cannot give me this lovey-dovey, battle-rapping couple and serve them with high doses of strangers I’ve never heard of. And for the life of me, I cannot donate a single damn toward their storylines.

The newest franchise, Miami, started off fine, but somehow I found myself realizing I could just watch old Trina videos and interviews on YouTube instead for fulfillment. As for Atlanta, which was formerly the Beyoncé of the trio of shows, it has the same problem, only served with a side of gravy and speech patterns set to a snail’s pace. Furthermore, the amount of music these “artists” release doesn’t match the amount of time they claim they spend in the studio.

However, the Hollywood franchise has come to save the day. It has everything I need: drama from people I’ve heard of who make thot bops that I have streamed and/or purchased.

After Keyshia Cole decided not to return to the series, K. Michelle stepped in her place. This makes all the sense in the world because much of K. Michelle’s appeal was filling the void Keyshia Cole left when she lost the Kool-Aid red weave and the sound that matched its essence perfectly. That said, as viewers noted on the season premiere, these days, K. Michelle would like you to call her by her full name.

“My name is Kimberly — the artist formerly known as K. Michelle,” she declared.

Yeah, I’m going to keep calling her K. Michelle, too. In any event, a lot of her storyline centers on her being effectively born again after removing her butt injections. Although she claims her personality has changed, she’s still messy as all hell on the show so I’m fine with whatever she wants to call herself. From the looks of it, she will be feuding with singer-songwriter Lyrica Anderson. Anderson has written for Beyoncé and Tinashe and is married to music producer A1. Let K. Michelle tell it, Lyrica was trying to have sex with Safaree, Nicki Minaj’s ex-boyfriend who y’all tend to give way too much credit to in respect to influencing her career.

And then there is Paris, K. Michelle’s old assistant, who became enemies with her former boss and bestie because she used K. Michelle’s credit card to pay for car service. How much did she spend? $50. Don’t believe the economists, $50 will ruin friendships in Trump’s America even with folks who are at the very least hood rich.

But like, isn’t this all amazing? It’s like the Shade Room meets a hood musical running at a carwash on MLK Boulevard. In other words, perfect. Just perfect.

Speaking of the Shade Room, Ray J — Brandy’s brother and Kim Kardashian’s co-star — is having issues with his pregnant wife, Princess Love. His mother and sister are entangled in it — all because Princess Love is airing out her marriage drama on Instagram. I love this realism brought to the show because for those unaware, Facebook and Instagram will ruin your marriage and lead to blows at cookouts. I have no idea why Brandy, a legend, is on this show, but since public embarrassment has been a bit of a theme for her lately, I guess that’s why she decided to do this. Someone remind Moesha that she played Cinderella.

Other story lines involve strippers with rap dreams, delusional women from Houston who need to be focused more on giving the world the sequel to “Girlfriend” instead of making up marriage proposals, and Moniece Slaughter, the hood’s Hannibal Lecter (somehow I mean this as a compliment), throwing tables and doling out calmly stated threats of malice.

If this doesn’t sound enticing to you, you must be someone who can only do “classy television.” For the record, I watch Queen Sugar and The Handmaid’s Tale every two episodes so don’t feel special. I just appreciate a ratchet good time. For so long, Love & Hip Hop provided me that, but my beloved Negro telenovela was falling off. Fortunately, Love & Hip Hop Hollywood and its latest season has made Love and Hip Hop great again.

Peace and posted bonds to its cast for saving the day.