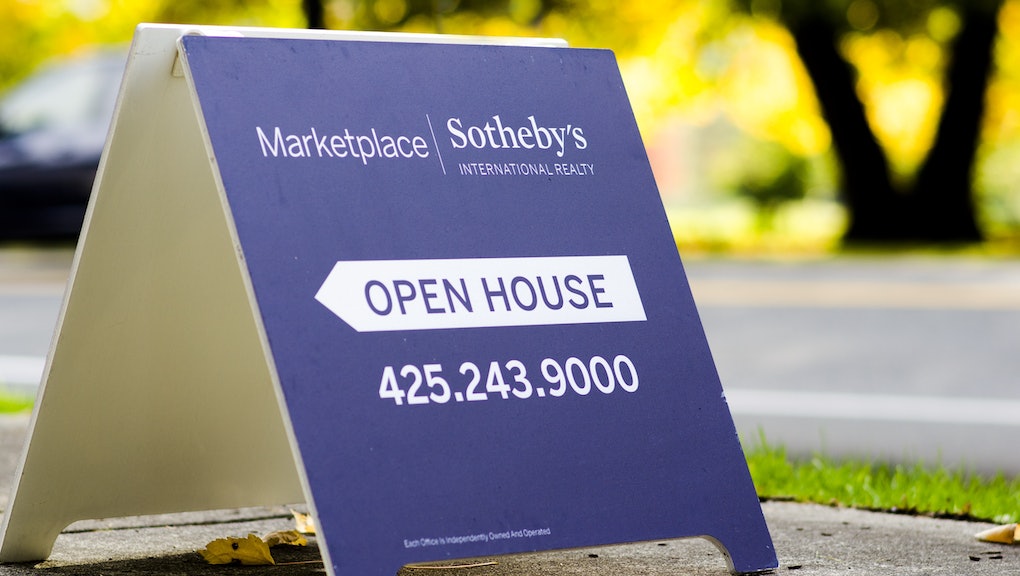 Should I buy a house if the housing market’s in trouble?

Let’s say you are the rare millennial who’s actually ready to buy a home. Your student loans are paid off or at least tolerable, your salary and credit score are solid and you’ve scraped together enough cash for a down payment. You’re a unicorn and you defy trend pieces. Then you read a headline about the housing market.

When discussing the American housing market in July, CNBC and Forbes warned of an incoming “crash,” Business Insider raised a “large red flag,” and Bloomberg predicted the “worst slowdown in years.” It’s an ominous forecast for those who were actually considering a home purchase — and even more depressing for young adults already assuming such a milestone was out of reach.

As with many scenarios, it may be better to educate yourself than to panic. Mic spoke with experts for some econ 101-type questions about the market, what’s happening with it now and how people should interpret the news. Spoiler alert: We could all stand to chill.

What does “the housing market” refer to?

Let’s start with the basics: “‘Housing market’ is a blanket term for homes being purchased and sold between buyer and seller,” Jessie Culbert, a real estate agent at Redfin, said in a phone interview. “We’re talking about pricing and competitiveness, which are driven by the activities of buyers and sellers.”

As for a market being “good” or “bad,” that’s in the eye of the beholder. “Whether a market is good or bad depends on one’s position in the market,” Culbert said. “If you’re a seller, and the market is ‘good,’ that would generally mean that there isn’t a lot of inventory, or other homes for sale, so prices are high. If you’re a buyer, it won’t feel ‘good,’ because you’re competing to win a home.”

Competing as a buyer means the search may become a part-time job: spending every Sunday at open houses, scouring listings every day and offering more money than the list price so you can outbid the many others trying for the same space. It’s a stressful experience, for sure.

What does it mean to say the housing market is in trouble?

First, our experts were wary about even agreeing to the concept that the market was in trouble. “I certainly wouldn’t make any blanket statements about it being about to crash,” Culbert said. “If anything, we’ve seen a shift, and that shift is coming largely from an increase in inventory, particularly in some of the most competitive or hot markets in the country. That means the market is becoming more balanced, and balanced is a midpoint between good and bad, where buyers have more options to choose from.”

She noted that in her own home city of Seattle, there were 75.5% more homes on the market in June 2018 than there were in June 2017, a stat that is great for buyers.

Economists might get anxious, University of Mississippi associate economics professor Josh Hendrickson explained in a phone interview, because they’re constantly comparing current rate of change with previous years and their markets. “In some cases, prices might be rising much quicker than historical evidence would suggest, which might indicate something not normal or unsustainable is going on,” Hendrickson, who also blogs at the Everyday Economist, said.

The headlines aren’t a reason for millennials to stop considering home ownership altogether. “For someone who wants to buy, whenever prices fall it’s good news,” Hendrickson said. “If you just bought, then yes, it’s bad news, but in the long term, do you expect the market to recover? If you’re going to live there for 20 years, a reduction in prices today may not matter that much.”

Culbert agreed. “Those who bought recently may feel like, ‘Maybe I should have waited because I wouldn’t have competed as much.’ What I’m guiding people on is what’s ultimately right for them,” she said. “It’s important to note that the economy is cyclical.”

How can people stay informed?

The worst way to track news of the housing market is probably by reading ominous headlines, our experts agreed. “Interested buyers should look for a good agent — but obviously I’m going to say that, because I work for a brokerage,” Culbert said. “You need someone to cut through the rumors. Going through this process with someone you trust is important.”

If you’re not ready for a broker just yet, Hendrickson suggested internet research on the neighborhoods in which you’re hoping to buy one day. “Start looking before you’re officially ‘looking.’ Get an idea of what houses are selling for. Sites like Zillow allow you to see the pricing history,” he said. “If you spend time getting to know your local market using these tools, you’ll know the trends of your market before you enter the market.”

Both options empower you to control your search, instead of sitting back and waiting for bad news to discourage the process. Millennials have had enough terrifying financial news to last their lifetimes.