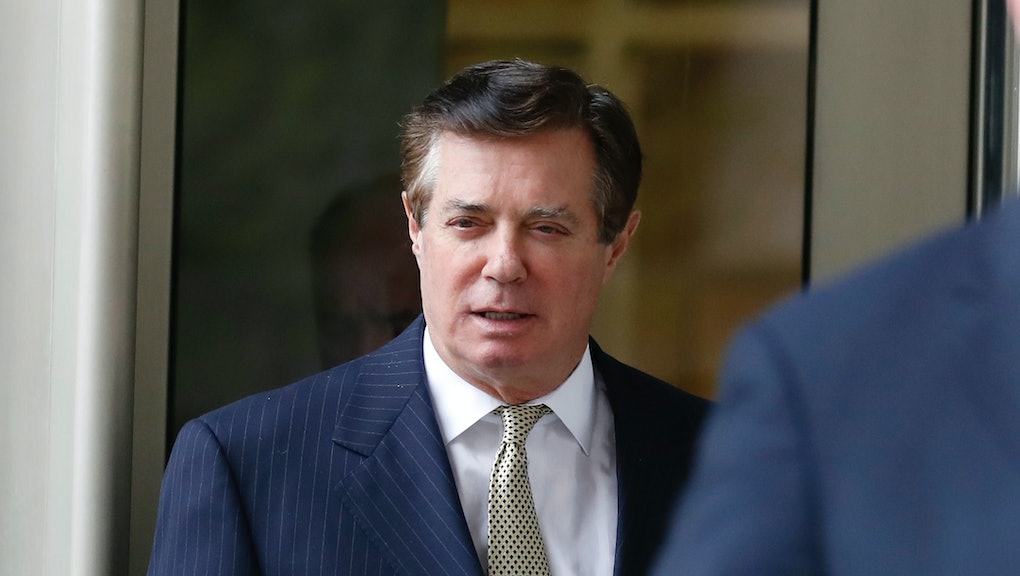 Paul Manafort’s attorneys on Tuesday laid out their defense against the 32 counts of bank fraud and tax evasion their client faces in his first trial, painting the former Trump campaign chairman as a victim of associate Rick Gates, whom they claim is responsible for the false bank and tax documents for which Manafort is standing trial.

Former federal prosecutor Patrick Cotter, now a federal defense attorney, said in an interview with Mic that Manafort’s defense has little chance of success and that the government’s vast paper trail detailing Manafort’s alleged financial crimes will be hard to overcome.

“They’re facing a case which appears, from all the public filings, to be overwhelmingly a paper case ... It’s all in black and white, all on a computer screen,” Cotter said. “That is probably the hardest case for any defense attorney to face. It’s cliche, but it’s very true. It is really hard to cross-examine a piece of paper, no matter how good you are.”

In their opening arguments, defense attorneys said Manafort did not have time to handle his financial documents and instead entrusted Gates with keeping those records, according to CNN.

That’s a “very common defense in white-collar cases,” Cotter said. Given the prosecution’s “mountain of evidence,” it may be the only defense Manafort’s attorneys have, he added.

“Sometimes, as I say, you have to make a far-fetched argument because it’s the only one that works, the only one that addresses all the evidence,” Cotter said. “I think it was a very anticipated and expected defense. ... Whether it works or not is wholly dependent on how strong a case the prosecution has, and it appears they have a very strong case.”

Gates, who pleaded guilty in February to one count of conspiracy against the United States and one count of making a false statement to federal investigators, has been cooperating with special counsel Robert Mueller in the investigation into Russia’s interference in the 2016 presidential election.

Complicating Manafort’s attorneys’ strategy, however, is the fact prosecutors have said Gates “may or may not” testify in Manafort’s trial at all, CNN’s Shimon Prokupecz reported Wednesday from inside the courtroom.

Not calling Gates to the stand could be a sign the prosecution thinks its case is strong enough to prove Manafort knowingly and willfully committed bank fraud and tax evasion without Gates’ corroboration.

Cotter said federal prosecutors ultimately have a good track record when it comes to filing charges — 90% of criminal cases never get to trial, he added, because defendants plead guilty, and federal prosecutors have a high conviction rate for cases that do end up in front of a jury.

While Cotter cautioned it’s “potentially misleading to try and draw too much of a conclusion from any one piece of evidence” in the trial, he thinks Manafort’s defense has a “very low likelihood of success.”