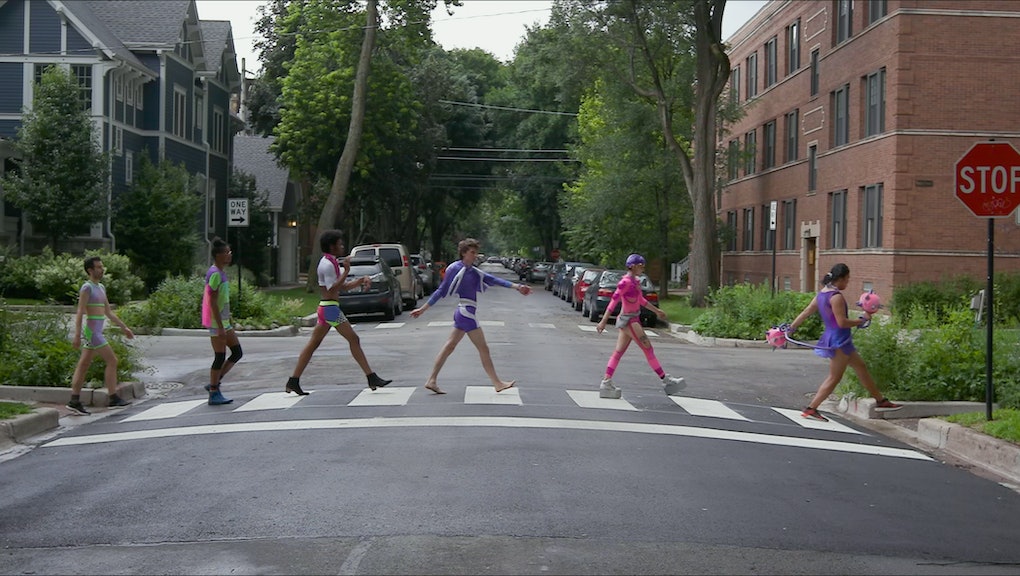 Fashion doesn’t have the best track record for inclusivity. But the Radical Visibility Collective hopes to be an agent of change in its queer community.

The Chicago-based group, which was founded by Sky Cubacub, is composed of two interdisciplinary artists — Compton Q and Vogds — who celebrate what they call “queercrip” identity. It is “a politicized umbrella term that encompasses queer, gender nonconforming identities, visible and invisible disabilities/disorders.”

Cubacub is also the founder and head designer for Rebirth Garments and creates clothing and accessories for people across the gender and disability spectrum. After a month-long residency at the Evanston Art Center in March, Cubacub teamed up with Compton Q and Vogds to create a 25-piece line that served as the inaugural collection for the Radical Visibility Collective. The line comprised brightly hued, geometric designs tailor-made to each model’s body.

For Cubacub, it’s important to cater to the needs of their clientele with disabilities and add a colorful and sexy flair that highlights each person’s queer identity.

Vogds collaborated with local musicians to create an album with songs that celebrate the queercrip identity. The song “Rebirth” describes the garments they designed for the line so that people with visual impairments can understand.

The Radical Visibility Collective hopes its work will leave a significant mark — after all, they’re just getting started.