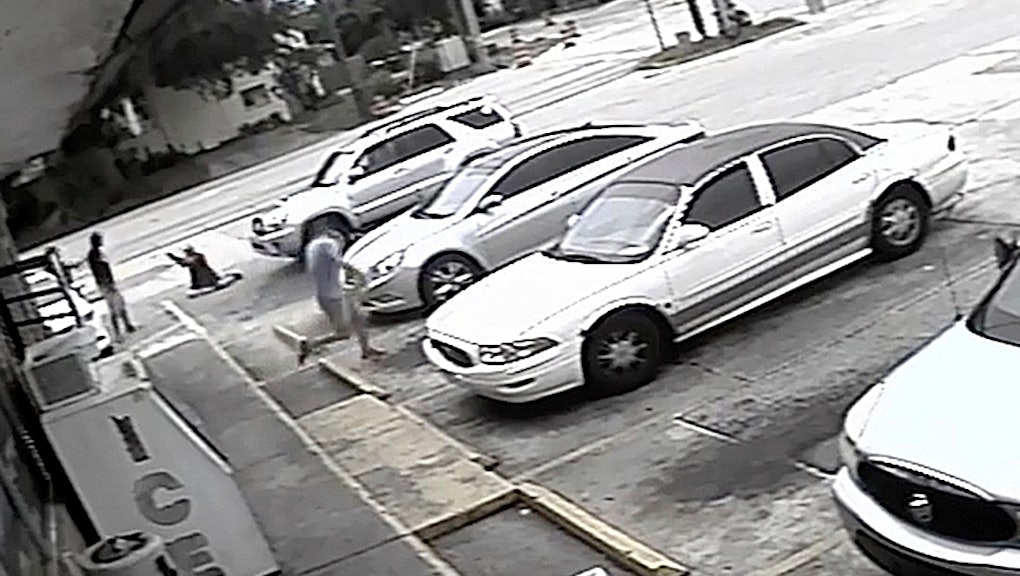 This week saw major news in the case of Glo Merriweather, an activist who faced felony inciting to riot charges stemming from their participation in the Charlotte Uprising in 2016.

North Carolina activist Glo Merriweather (they/them/their) is no longer facing trial over their participation in Charlotte, North Carolina, protests that ended with one man dead of a gunshot to the head in 2016.

On Tuesday, the Mecklenburg County district attorney in Charlotte voluntarily dropped protest-related charges against Merriweather, including a felony “inciting to riot” offense. The charges stemmed from the civil unrest over Keith Lamont Scott’s September 2016 police shooting death. Merriweather’s attorneys, Mark Simmons Jr. and Darlene Harris, confirmed to Mic on Wednesday that District Attorney Spencer Merriweather (no relation to Glo Merriweather) notified them about the case by phone Tuesday morning.

“We had a client who believed in [their] First Amendment rights,” Harris said. “Everyone around the world was hearing about this protest. We’re just glad that this happened.”

Glo Merriweather told their story to Mic correspondent Aaron Morrison and filmmaker Tarek Turkey for a story published in January. Merriweather said they believed that a former county prosecutor singled them out. Their attorneys agreed.

“Glo was just a polarizing figure,” Simmons said. “You hate to say it, but it seems like they were just trying to make an example out of [them]. The evidence just wasn’t there.”

Read on for more stories from the past week.

Charlotte West with a report on Denver’s struggles to provide affordable housing to residents.

Natelegé Whaley with a story on Crystle Galloway, a black woman who died in Florida after paramedics declined to transport her to a hospital after she experienced stroke-like symptoms.

And Chauncey Alcorn with a pair of stories: one on the parallels between the July shooting death of Markeis McGlockton and that of Trayvon Martin, as explained by Martin’s father, Tracy Martin. And an update in the saga of the feuding families in Maple Heights, Ohio, who generated headlines earlier in the summer when a white couple called the police on a black child mowing their black neighbor’s lawn. The situation apparently devolved into gun threats this past week.

The New Yorker’s Doreen St. Félix on the July killing of Nia Wilson in Oakland, California.