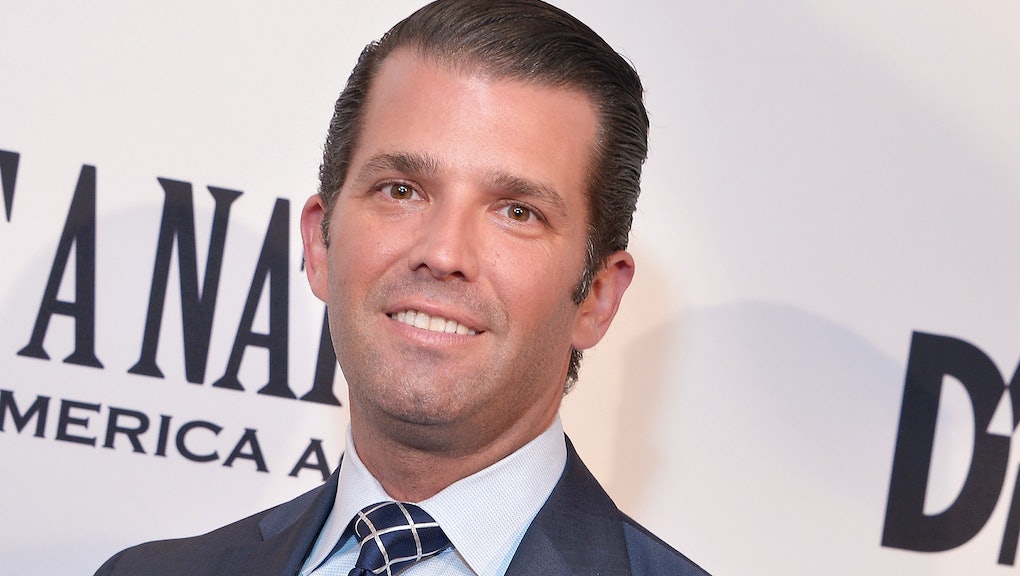 Mic Daily: Donald Trump Jr. compared Democratic platform to Nazis — plus other stories of the day

Donald Trump Jr. compared the Democratic Party platform to that of the Nazis while hosting the Washington, D.C. premiere of the movie Death of a Nation: Plantation Politics and the Making of the Democratic Party, created by conservative propagandist Dinesh D’Souza, who has long attempted to connect Democrats to the histories of fascism and racism.

President Donald Trump has been attempting to convince his legal team to let him sit for an interview with special counsel Robert Mueller, apparently because he believes he can convince investigators “of his belief that their own inquiry is a ‘witch hunt,’” the New York Times reported Wednesday.

Whoa, Vicky: How an 18-year-old girl turned controversy into cash

Victoria Rose Waldrip goes by the name “Woah Vicky” online and has made headlines for claiming she’s black and for her use of a “blaccent” and the word “n*gger.” There was also her widely publicized arrest for allegedly kicking a police officer, after which she reportedly declared, “Black lives matter!” Recently, she threatened Snoop Dogg and he responded, which also garnered press.

Over the past year, as she continued to attract controversy, Waldrip’s follower count has quickly grown — and she’s leveraging that popularity into a living.

Trump is ramping up his rally schedule. How will that affect the GOP in November?

It’s quiet in Washington, D.C., as Congress — and thus much of the rest of the nation’s capital — has fled down for the August recess.

Trump, however, is busy, holding a flurry of campaign rallies in August as the 2018 midterm election season draws near.

“It’s the diversity, the ambition, the tension, pushing up against each other, everyone on top of one another,” Samuelsson said in an interview with Mic. “After I’ve been gone for three days, I think, ‘Fuck, I want to go back.’”