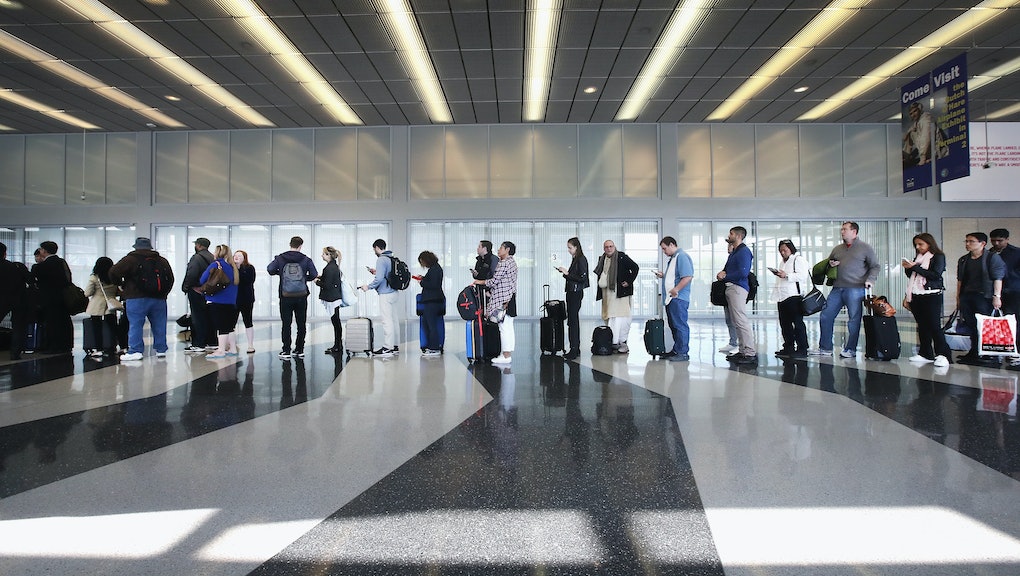 Stories That Pay Off: Why flights get overbooked — and how to make the most of it

Alaska Airlines recently made news when a gay couple was asked to give up one of their seats on a flight. In a Facebook post, David Cooley said that his partner was asked to move to accommodate a straight couple, in what seemed like “preferential treatment.” While the airline claimed the mishap was due to a “seating error,” others argue it was the result of the common practice of airlines overbooking their flights. “Airlines are allowed by law to sell more seats than they offer, and in theory, there’s nothing wrong with that,” one expert said. “But it’s a harmful practice that continues to inconvenience thousands of passengers every day.”

This week, experts explained why airlines oversell their flights in the first place, what happens to your student loan debt after you’ve walked down the aisle and how to choose the right credit cards to avoid the worst penalties.

How to avoid getting bumped from an overbooked flight

And even if you do get bumped, there’s a way to turn the inconvenience into some substantial money. Read more here.

What happens to your student loan debt when you get married?

Student loans are frustrating as is, but when another person comes into the picture, things can get even more complicated. Read more here.

From credit scores to high-interest rates, financial experts weighed in on the things you should consider when cancelling your old credit card — and finding the right one for you. Read more here.