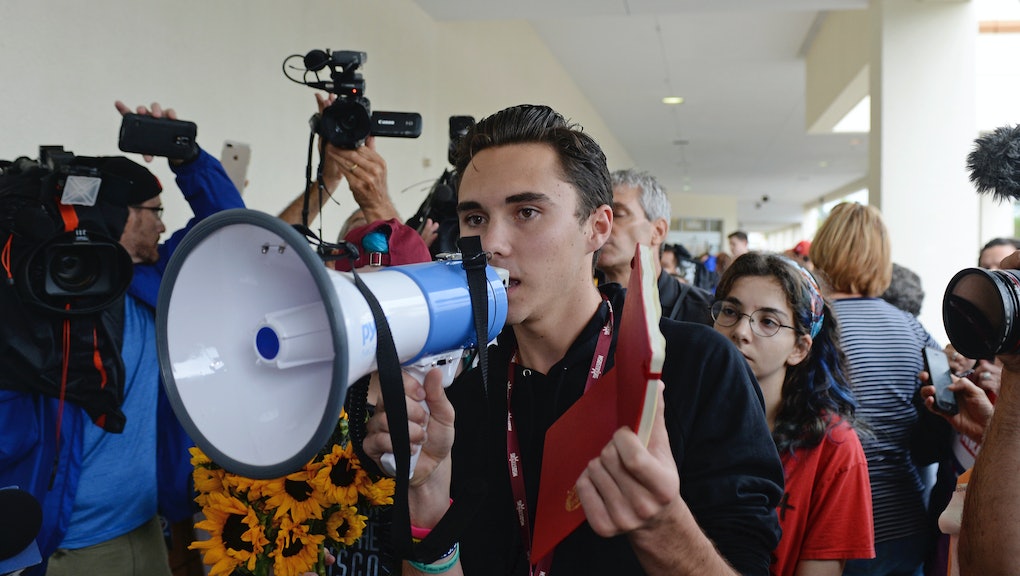 Parkland shooting survivor David Hogg on Saturday suggested the National Rifle Association is “trying to fool us” into believing that it is in dire financial straits in an effort to bring in more donations, tweeting that the gun lobby remains as powerful and influential as ever.

“DO NOT believe it,” the gun control activist said of the organization’s claim that it may soon be “unable to exist.” “The NRA is still one of the greatest threats to American lives today.”

“They simply need donations now that Maria Butina and [Aleksandr Torshin] have been reviled,” Hogg added, referencing the recent scrutiny the NRA has faced over its ties to Russia.

The influential organization claimed in a lawsuit last month that a “discrimination campaign” by Democratic New York Gov. Andrew Cuomo in the wake of the Parkland shooting earlier this year has posed a threat to its “corporate existence and its advocacy mission.”

The NRA may soon be “unable to exist,” it warned, according to the lawsuit first reported on by Rolling Stone on Friday.

The organization’s apparent financial issues have been framed by some as a victory for Hogg and his fellow Parkland activists, who have led a renewed push for gun control in the wake of the February shooting at Marjory Stoneman Douglas High School in Florida that left 17 dead and more than a dozen others wounded.

But while the NRA says Cuomo’s battle with the organization, which came in response to the student activism, have threatened its very existence, it’s unclear how embattled the group actually is.

According to Federal Election Commission data, the NRA Political Victory Fund was one of the top political action committees in the nation between January 2017 through the end of March 2018 — a period that included the Parkland massacre and other high profile shootings.

And, as the Independent noted, the group this year raked in the most political donations in one month, bringing in $2.4 million in March — the month after the Stoneman Douglas shooting.

But the group has faced significant criticism in the wake of Parkland and other prominent shootings, and in recent weeks has been dogged by scrutiny following the arrest of Butina — the alleged Russian spy accused of attempting to build bridges between the Kremlin and the GOP through the NRA.

Reports of the NRA’s possible financial strain came as Parkland activists and other gun control advocates were set to “March on the NRA” in protest Saturday outside the organization’s Virginia headquarters.

“We demand morally just leaders stand up from all sides of the aisle to ensure long-overdue safety regulations,” the organizers of the nationwide protest said in a statement on the march’s website. “Our children are dying. America is dying. We must make it our top priority to save these lives.”

The NRA has faced significant criticism for its role in blocking gun control legislation in the wake of deadly shootings in Parkland, Las Vegas and elsewhere. Cuomo in April urged banks, insurance companies and other financial service companies to consider whether ties to the group “harm their corporate reputations and jeopardize public safety” — a campaign the NRA said has posed an existential threat against them.

In a tweet Friday, Cuomo responded to the NRA’s lawsuit and suggested he’ll continue to pressure the group.

“If I could have put the NRA out of business, I would have done it 20 years ago,” Cuomo tweeted. “I’ll see you in court.”