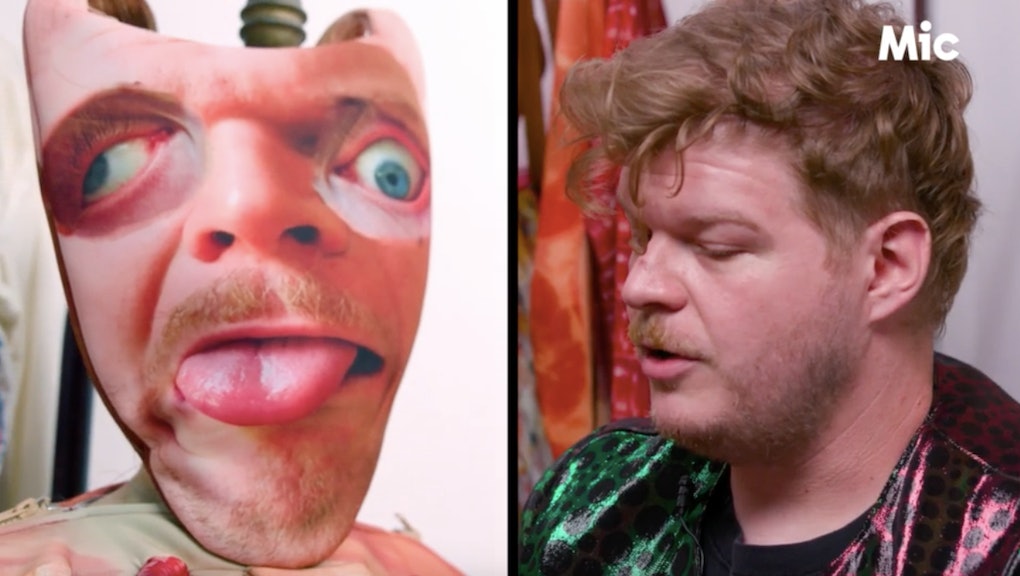 On this edition of Mic Dispatch, correspondent Serena Daniari travels to Connecticut, where the high school track and field community has become embroiled in controversy after the recent athletic success of transgender student Terry Miller. Miller has been garnering many track and field accolades, to the dismay of parents like Bianca Stanescu, whose daughter lost to Miller in competition.

Stanescu has since started a petition to have trans athletes’ scores be counted against the scores of their male counterparts. She says in sports, “It’s the body that’s competing.” In this segment, Daniari explores this decades-long conversation about trans people’s participation in sports, and whether sports can ever be a level playing field.

Callahan’s designs are anything but typical — and it shows. He takes his inspiration from anime, comic books, Thierry Mugler, Jean Paul Gaultier and more — all the while refusing to conform to cisgender or heteronormative standards within fashion. In this segment, Katz delves into Callahan’s experience working with some of today’s top talent and how his queer identity informs his work.

Check out episode seven of Mic Dispatch above — only on Facebook Watch.