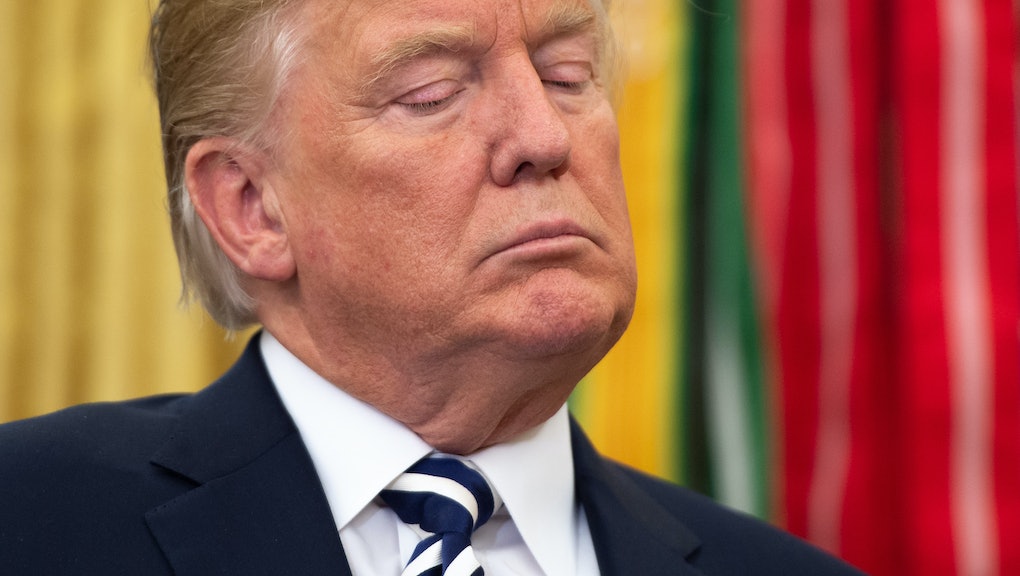 Trump reinstates “biting” sanctions against Iran, pitting the US against Tehran and key allies

President Donald Trump is slapping Tehran with sanctions that had been lifted as part of the Iran nuclear deal, the landmark 2015 accord he deemed “incompetent” and withdrew the United States from earlier this year.

The sanctions, which went back into effect Tuesday, are not part of an effort to overthrow the Iranian government, but to “modify the Iranian regime’s behavior,” a White House official told CNN.

“The Iran sanctions have officially been cast,” Trump said in a tweet early Tuesday. “These are the most biting sanctions ever imposed, and in November they ratchet up to yet another level. Anyone doing business with Iran will NOT be doing business with the United States. I am asking for WORLD PEACE, nothing less!”

The re-instituted sanctions come about three months after Trump pulled the U.S. out of the Joint Comprehensive Plan of Action, the multilateral agreement that freed billions of dollars of Iran’s assets in exchange for significant reductions in the country’s uranium stockpile and uranium-enrichment centrifuges.

President Barack Obama told Mic at the time that the agreement “prevents Iran from getting a nuclear weapon,” and helps keep the U.S. from having to conduct a potential military strike on the country. But Trump was a harsh critic of the deal, claiming it placed only “very weak limits on the regime’s nuclear activity,” “no limits at all on its other malign behavior” and that the country wasn’t abiding by it anyway.

“This was a horrible, one-sided deal that should have never, ever been made,” Trump said in a televised address in May. “Therefore, I am announcing today that the U.S. will withdraw from the Iran nuclear deal.”

Key U.S. allies strongly opposed Trump’s decision to pull out of the JCPOA, and on Monday the European Union, United Kingdom, France and Germany released a joint statement condemning the new unilateral sanctions.

“We deeply regret the reimposition of sanctions by the U.S.,” the statement read. “The JCPOA is working and delivering on its goal, namely to ensure that the Iranian program remains exclusively peaceful, as confirmed by the International Atomic Energy Agency in 11 consecutive reports.”

According to Trump, who announced the renewed sanctions Monday after Iran declined to negotiate with the administration over the decision to leave the JCPOA, the move is designed to apply “financial pressure on the Iranian regime in pursuit of a comprehensive and lasting solution to the full range of the threats posed by Iran.”

But leaving the deal and reimposing sanctions could pose a threat to “international security,” top U.S. allies said in their joint statement.

Tensions have been high between Washington and Tehran for months, and have escalated into threats on both sides. In July, after Iranian President Hassan Rouhani warned the administration against reinstating sanctions against the country, Trump issued an all-caps Twitter threat that experts told Mic could put the U.S. and Iran on a path to conflict.

“NEVER, EVER THREATEN THE UNITED STATES AGAIN OR YOU WILL SUFFER CONSEQUENCES THE LIKES OF WHICH FEW THROUGHOUT HISTORY HAVE EVER SUFFERED BEFORE,” Trump tweeted on July 22. “WE ARE NO LONGER A COUNTRY THAT WILL STAND FOR YOUR DEMENTED WORDS OF VIOLENCE & DEATH. BE CAUTIOUS!”

Rouhani on Monday said that Iran could weather the U.S. pressure, but both the citizens of Iran and its government have been preparing for the sanctions that could rock the country’s economy, according to the New York Times, which reported that the regime has been “hoarding foreign currency and cutting off unnecessary imports” in recent months.

Secretary of State Mike Pompeo said in a statement Monday that the JCPOA had “failed” and called on the country to “use Iran’s resources to help its citizens, not support terror and enrich the leadership.” Trump said in his own statement that he “[remains] open to reaching a more comprehensive deal that addresses the full range of the regime’s malign activities.”

Rouhani has also said he’d be open to diplomacy, but said reneging on the JCPOA had undermined U.S. credibility and that Iran would not engage in talks while under sanction.

“Talks need honesty,” Rouhani said in an interview on Iranian state television, according to Reuters. “If you stab someone with a knife and then you say you want talks, then the first thing you have to do is remove the knife.”