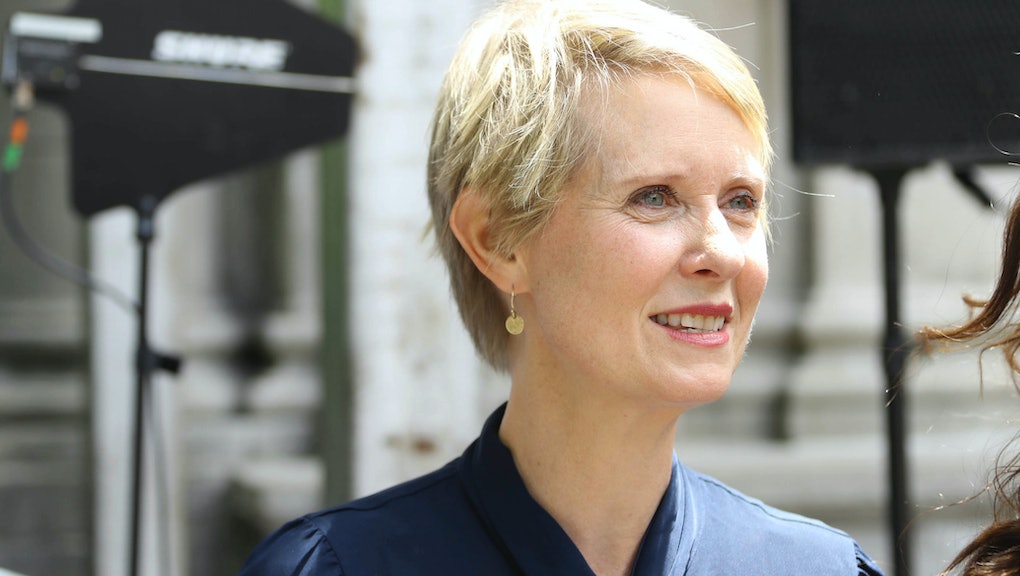 The Netroots Nation conference, the largest annual conference for progressives, was held last week in New Orleans, and this year’s event turned into a fiery, controversial showdown between left-wing Democrats and democratic socialists.

From stage-crashing anti-racist activists to the kickoff speeches for those inevitable Democratic presidential primary campaigns we’ll see become official in a few months, this year’s 10th anniversary conference may go down in history as when liberals finally drew a line in the sand between themselves and the Democratic Party.

“Democratic socialism” was the key buzzword

“I am proud to be one of a small but growing number of candidates to identify as a democratic socialist,” she told an estimated crowd of 1,000, which gave her a standing ovation. “I hadn’t called myself a democratic socialist before, but I realized that my values and what I’m fighting for are directly aligned with that movement.”

Other pronouncements affirmed that the most galvanizing candidates this year (and, potentially, in the 2020 primaries) are those moving further to the left.

Right off the bat on Friday, Debra Haaland, the Democratic nominee for New Mexico’s 1st District congressional seat, proudly rattled off her qualifications as “a water protector, single mom to [a] queer daughter.” Haaland, if she wins this safe Democratic seat in November, would be the first Native American Congresswoman.

A clear delineation from The Third Way

The other large liberal gathering, called the Third Way Conference, are “champions [of] modern center-left ideas,” according to their mission statement. At the 2018 Third Way Conference this past June, Maryland Congressman John Delaney spoke on the need for national “unity” over “tribalism and party identity.” According to the categories listed on its site, Third Way’s focus included defense policy, taxes, terrorism and health care costs, as well as social issues, such as LGBT equality and guns. The site also features a prominent image from the 2014 conference of Joe Biden and Democratic National Committee Chair Tom Perez.

Perez came up at least once at Netroots Nation 2018, when The Collective Pac founder Quentin James accused him of underfunding black candidates.

Netroots Nation sought to directly counter Third Way positioning. This year was a defining one, not just for Netroots, but also for the movement, said Mary Rickles, communications/political director for the Netroots conference, in a phone call.

“Tons of candidates, who have been getting lots of buzz and winning, are doing so without watering down their vision. Even Doug Jones won because women of color got out and voted. A lot of the candidates are very bold on progressive issues and/or people of color themselves. This could be part of an overall culture change,” she said.

Netroots, however, hasn’t always been consistently leftist. The original, 2006 iteration, YearlyKos, held in a Las Vegas casino, featured establishment headliners Nancy Pelosi and Harry Reid. Activists and campaign staffers appeared in person, while energized Democrats around the country tuned in to CSPAN’s livestream.

A Nation report dubbed the 2007 “exciting but ragtag” and took snipes at Hilary Clinton for keeping a secret Hamptons fundraiser off her post-Netroots schedule, ostensibly to avoid taking flak at the convention. A year later, virtually every Democratic presidential contender showed up in Chicago, hoping to stall Obama’s momentum. When Obama became president, the conference seemed to fall into a lull in keeping with the general vibe among the party, akin to the idea that “we’ve won and our work here is done.”

But in the interim, the Democrats lost more than half their statehouses and roughly 1,000 seats nationally. Then, of course, came Donald Trump. The 2017 Netroots Nation agenda focused on celebrating what little victories there were of late, such as saving the ACA, or regrouping at panels like “Making Sure The Kids’ll Be Alright: Organizing the Young Beyond Campus.”

“Last year, the conference moved back to being something for everyone,” Rickles said. “Half professional attendees, half grassroots activists doing this out of passion or love.” This year, with progressive activists galvanized by the Trump administration’s missteps, philanthropist and anti-Trump activist Tom Steyer described Netroots Nation 2018 as made up of “the rudest, loudest and most passionate grassroots activists in the country.”

“The biggest buzz is not the presidential or 2018 congressional hopefuls,” J.D. Scholten, Democratic nominee for Congress in Iowa’s 4th District, said in a phone interview from the convention. “It’s the county supervisors. It’s the down ballot races that, for the people in the weeds behind the scenes, are getting everyone excited, more than [in] 2006.”

“Everyone was excited to run for Senate or a similar, [lofty] position back then, but the urge to make local politics happen,” he said, was the greater, and more realistic focus at Netroots this year.

Progressive activists, too, seem united behind the idea of capitalizing on the country’s changing demographics to compete in Alabama, Georgia and throughout the country in 2018.

“Demos are changing. We want to be back in the majority and stay there,” said Rickles.

However, one nagging question remains unanswered: how progressives plan to stay on top indefinitely, once they achieve power.