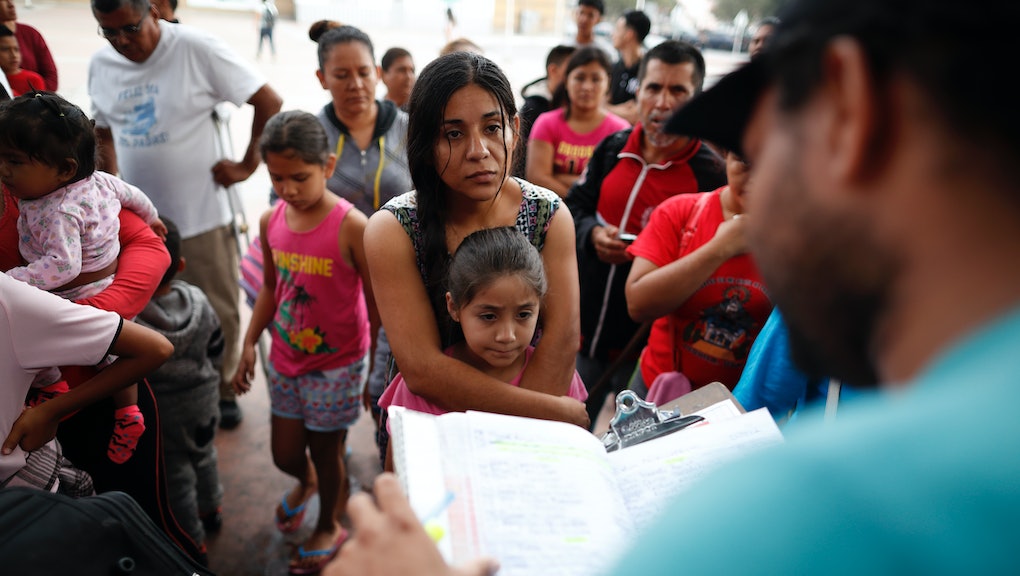 A federal judge on Thursday temporarily halted the deportations of several asylum seekers fleeing domestic violence and gang brutality, issuing a ruling that labeled the government’s swift removal of two of the plaintiffs just hours before the decision came down “unacceptable.”

The preliminary injunction came after news broke that two of the plaintiffs in Grace v. Sessions, a lawsuit being brought by the American Civil Liberties Union and Center for Gender and Refugee Studies, were placed on a flight back to Central America early Thursday morning. The deportations occurred just hours before the groups successfully obtained an emergency stay of removal for the other plaintiffs in the case.

In a series of tweets responding to the ruling, the ACLU claimed the deportations violated a previously stated commitment by the government to not deport any of the plaintiffs before midnight Thursday.

According to an ACLU press release, U.S. District Court Judge Emmet G. Sullivan “expressed outrage” when he learned of the deportations of the two individuals, a mother and her young daughter. He ordered the plane be turned around and seethed that the government — starting with Attorney General Jeff Sessions — should be held in contempt if the situation was not immediately rectified.

The lawsuit was initially filed in response to an order from Sessions in June that gave asylum officers the discretion to label credible fears of domestic abuse or gang violence “personal circumstances,” which do not automatically constitute eligibility for asylum. In the intervening months, lawyers and immigration activists have argued the directive represents a cavalier disregard to the lives and safety of those fleeing violence in their home countries.

In a statement, Jennifer Chang Newell, managing attorney with the ACLU’s Immigrants’ Rights Project and the lawyer who argued the case in court Thursday, said that while the group is happy the plaintiff’s deportations have been temporarily blocked, the threat to their clients’ lives remains great.

“In its rush to deport as many immigrants as possible, the Trump administration is putting these women and children in grave danger of being raped, beaten or killed,” Newell said. “We are thrilled the stay of removal was issued but sickened that the government deported two of our clients — a mom and her little girl — in the early morning hours. We will not rest until our clients are returned to safety.”