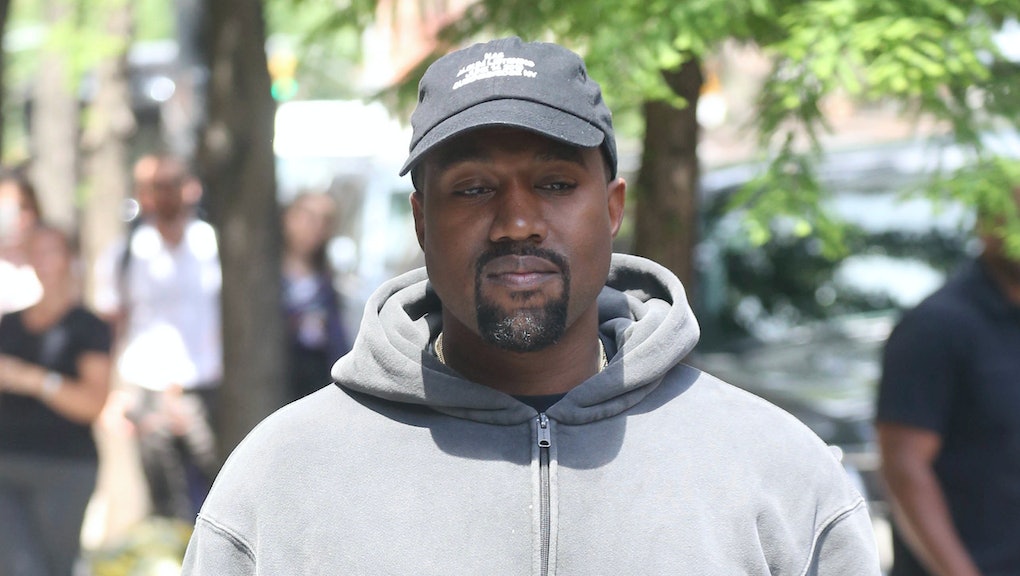 Musician Kanye West is still aboard the Trump train it seems. West appeared on Thursday night’s episode of Jimmy Kimmel Live! and discussed his support for President Donald Trump, suggesting to Kimmel it’s more about challenging the opinions of people around him than his thoughts on Trump’s actual policies.

“As a musician, an African American, a guy out in Hollywood, all these different things — everyone around me tried to pick my candidate for me,” he told Kimmel. “And then told me every time I said I liked Trump, I couldn’t say it out loud or my career would be over. I’d be kicked out of the black community.”

He went on to say that, for him, supporting Trump “is not about policies, because I’m not a politician like that. ... But it represented overcoming fear and doing what you felt no matter what anyone said. And saying, ‘You can’t bully me. Liberals can’t bully me; news can’t bully me; the hip-hop community, they can’t bully me.’”

Back in April, a few weeks after returning to Twitter, West opened up on Twitter about his “love” for Trump, saying, “You don’t have to agree with trump but the mob can’t make me not love him. We are both dragon energy. He is my brother. I love everyone. I don’t agree with everything anyone does. That’s what makes us individuals. And we have the right to independent thought.”

He continued to tweet vaguely about his appreciation for Trump, including a photo of himself in a “Make America Great Again” hat. Understandably, his sudden support of Trump was alarming to fans and critics alike. But as West told Kimmel Thursday, “I quite enjoy when people actually are mad at me about certain things.”

Then West went on to talk about how love is the most important force, and people should try approaching everyone, including the president, with love. When Kimmel pressed him on specifics, though, pointing out that families are being separated at the border and asking West, “You’ve so famously and so powerfully said George Bush doesn’t care about black people. It makes me wonder what makes you think that Donald Trump does — or any people at all,” West didn’t respond at all — he just folded his arms and gazed up at the ceiling.