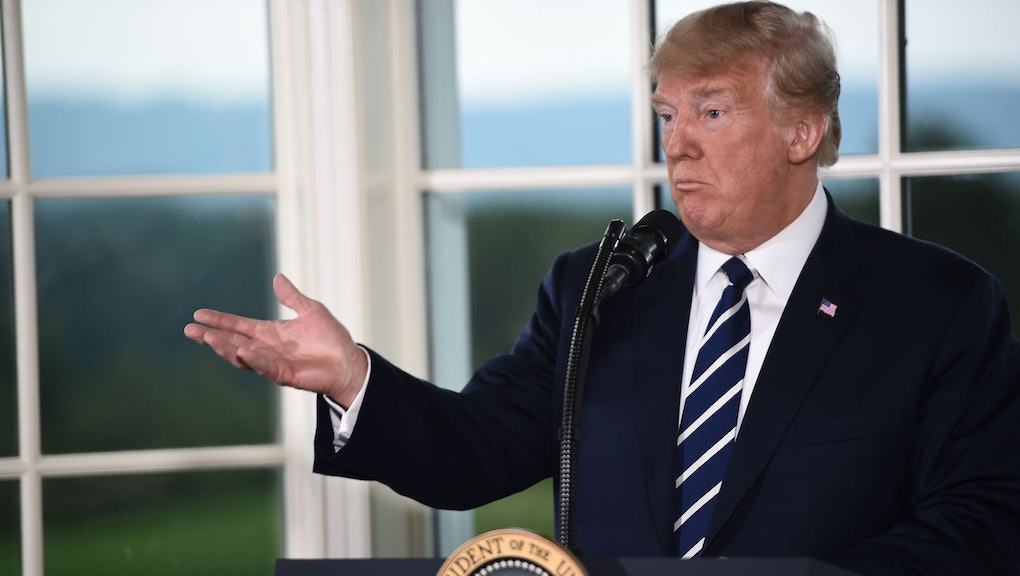 While You Weren’t Looking: 5 stories from the Trump administration that aren’t about Space Force

As the Trump administration prepared to blast off with Space Force — the enterprising new plan to create a sixth military branch focused exclusively on preserving U.S. military dominance among the stars — scandals brewed in other, more terrestrial-bound corners of the government.

What is Paul Manafort’s end game?

Former Donald Trump campaign chairman Paul Manafort’s first federal trial is hurtling to a conclusion, with the prosecution set to rest their case against Manafort on dozens of bank fraud and tax evasion charges as early as Friday afternoon.

Facing mounting pressure over the Russia investigation, President Donald Trump on Friday kicked off another season of his culture war against football players protesting racial injustice during the pregame national anthem.

The term “Snapchat dysphoria” implies something very dark about our society

Researchers have started using the term “Snapchat dysphoria” to describe our desire to look like the filtered, more Instagrammable version of ourselves. A recent study in JAMA pointed out a 13% increase in plastic surgery patients seeking to improve their looks for selfies between 2016 and 2017 because of this phenomenon.