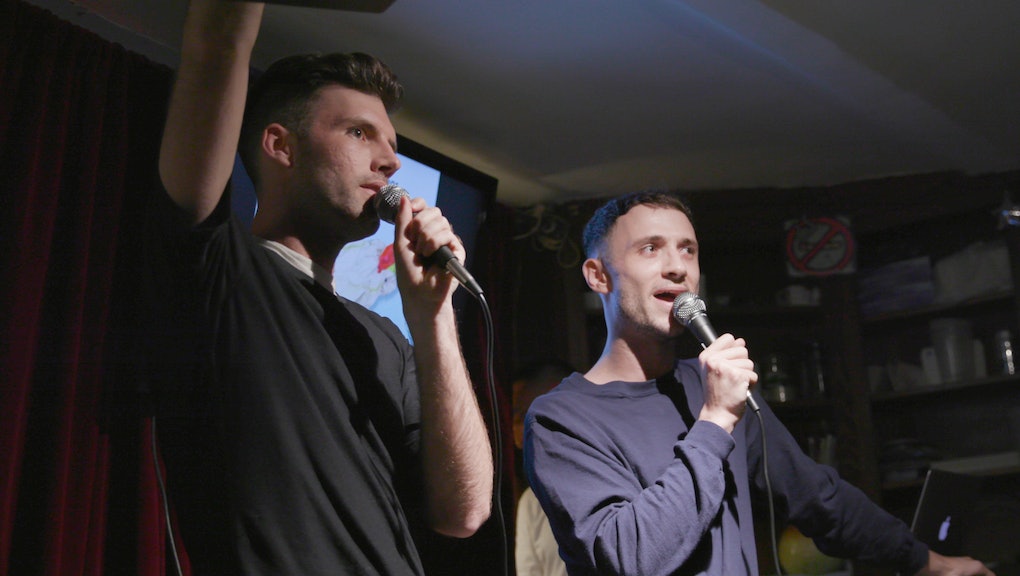 The world of comedy is still very much straight, white and male.

But Talk Hole, a New York City-based comedy duo, aims to shake things up. Hosts Eric Schwartau and Steven Phillips-Horst curate shows that showcase queer and female talent. You can count on seeing unconventional comedic numbers, from drag to impromptu pop performances, while sitting in an audience of the city’s creative elite.

In the basement of an Asian-Italian fusion restaurant in Chinatown, where each show is held, there’s no pressure to impress, conform or cater jokes to a specific audience.

“A lot of gay comedians will come here and realize they’re in a room full of gay, queer people and feel comfortable that they don’t have to do their set that is designed as like, ‘I’m a gay person doing a set for a straight audience,’” Schwartau said in an interview with Mic.

There’s no greater joke than performing for an audience that doesn’t understand your worldview. Talk Hole is here to change that.

For more on Talk Hole, check out episode nine of Mic Dispatch — only on Facebook Watch.