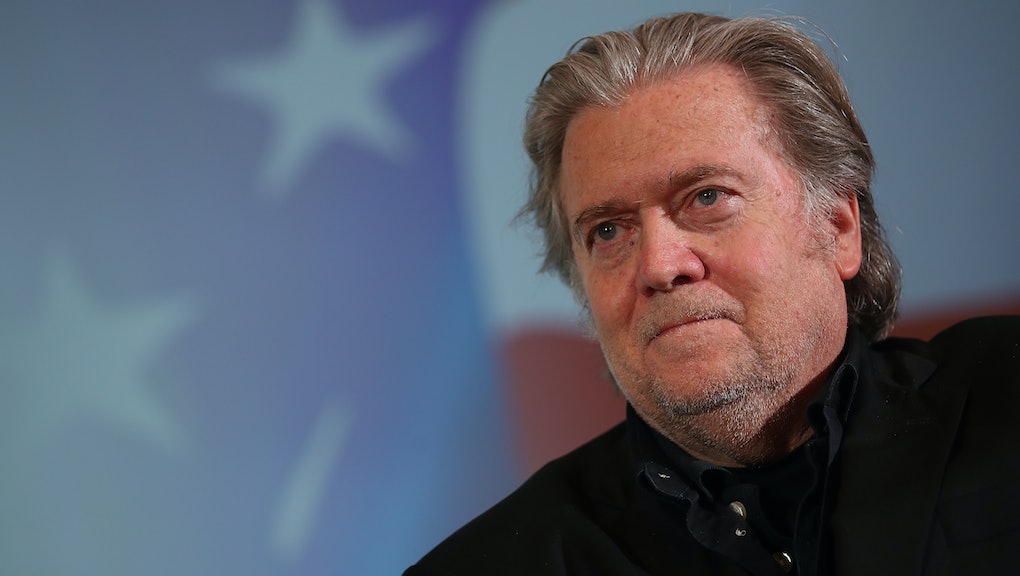 Mic Daily: Steve Bannon’s taxpayer-funded trip to Hungary — and other top stories of the day

Want more entertainment news in your inbox? Sign up for Hype Daily— Mic’s morning entertainment roundup. It’s got all the news you need to start your day.

While You Weren’t Looking: 5 stories from the Trump administration that aren’t about Omarosa

As ousted former Trump aide Omarosa Manigault Newman appeared across major TV networks this week pedaling clandestine audio she’d captured inside the White House with the use of what some speculated to be a recording pen, business continued to churn on as usual in Washington.

From lies about fuel efficiency standards to American women gearing up to fight for their abortion rights, here are five important stories you might have missed this week.

Aretha Franklin loved Detroit and Detroit loves her. After her death Thursday morning, various sites throughout the city quickly became makeshift memorials to honor the Queen of Soul.

Detroit photographer Cyrus Tetteh captured the scene and spirit of her legacy across the Motor City.

The cost of getting Milo Yiannopoulos and Steve Bannon to Hungary for hourlong speeches in Budapest in May was upwards of $60,000 — the equivalent of four years of low-skilled labor in the Central European country — according to contracts obtained by Mic. Some of the funds came from Hungarian taxpayers.

The American Civil Liberties Union of Georgia sent a letter Tuesday to the Board of Elections and Registration in Randolph County, Georgia, alleging the county’s recent proposal to close seven of its nine polling locations would “deliberately” disenfranchise the voters who reside there — a majority of whom are black. The ACLU contended the proposal to close the polling locations is “discriminatory, unjustifiable and violates the Voting Rights Act of 1965.”

When I moved to California a decade ago, a colleague drove me from one end of the Coachella Valley to the other.

My colleague stopped the car at a roadside produce stand in Mecca, a community embedded in one of the nation’s most prolific agricultural regions. He scurried away and returned with a cold beverage he shoved into my hands.

“Just take a sip,” he urged. I stared down into the plastic cup.

The drink resembled a thick milkshake but was speckled with flecks of brown. It tasted complex, like toffee and caramel and spices, but I later discovered it contained just two ingredients: dates and ice cream.

At the time I didn’t know much about dates, the sweet product of the date palm tree. I didn’t realize the date shake was the one food this desert area claims for its culinary identity. And I had no idea this tiny, thumb-sized fruit launched the region’s agricultural industry.

All I knew was this drink tasted like some kind of magic, like finding an oasis in the desert.