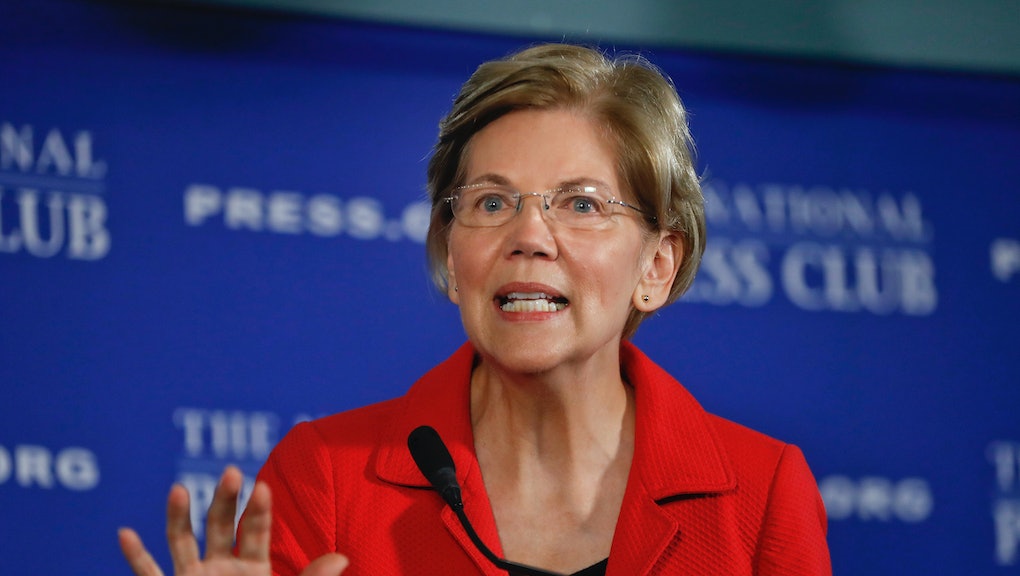 Sen. Elizabeth Warren (D-Mass.) introduced a broad anti-corruption bill Tuesday that would, among other things, impose a lifetime lobbying ban on presidents and federal lawmakers, prohibit individual members of Congress from owning stocks and, in a clear jab at President Donald Trump, require presidential candidates to release years of tax returns.

“Washington is corrupt,” Warren said in a video announcing her new legislation, named the Anti-Corruption and Public Integrity Act. “Across the board, our government systematically favors the rich over the poor, the donor class over the working class, the well connected over the disconnected. And that’s why I introduced the most ambitious anti-corruption legislation proposed in Congress since Watergate.”

Warren’s bill would also ban individual members of Congress, senior congressional aides, judges and cabinet secretaries from owning individual stocks and instead force them to invest their money in government-controlled investment accounts — a move that came after GOP Rep. Chris Collins was indicted on insider trading charges.

“Enough of the spectacle of HHS secretaries and herds of congressmen caught up in insider trading schemes,” Warren said at the bill announcement, which she held at the National Press Club in Washington, D.C., according to CNBC.

Warren said Trump is not the only reason the bill should be passed, adding trust in government began to erode before Trump and his “drain the swamp” message was elected.

“This problem is far bigger than Trump,” Warren said at the bill announcement, according to CNBC. “It is a crisis. A crisis of faith.”

Warren’s legislation is unlikely to pass the Senate — which is currently controlled by Republicans. But it lays her stake in the ground for a message should she mount a bid for president in 2020.