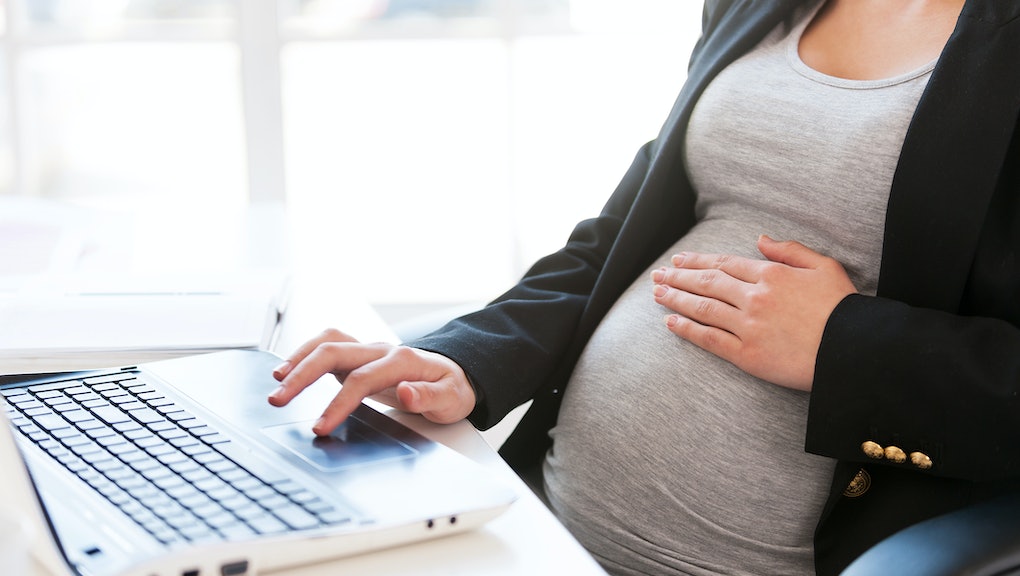 Love and Money: How do I ask about parental leave without raising any flags?

It’s hard to grasp what came first in the conversation — workers crying out for paid parental leave, or politicians identifying it as a bipartisan issue — but every day seems to bring another headline on the topic. In early August, Sen. Marco Rubio introduced a bill, the Economic Security Act for New Parents, which would allow new parents to borrow from their Social Security benefits to pay for leave. The Trump administration, particularly the president’s daughter Ivanka Trump, has expressed support for paid leave, demonstrating that even Republicans appreciate the national support for this issue.

The tide is turning, but the news demonstrates how incredibly far the United States has to go to catch up with the rest of the world. The U.S. is the only industrialized country without guaranteed paid parental leave. While most new parents take some combination of unpaid disability, vacation days and sick leave to cobble together an extended period away from work, some companies, in particular tech startups, are offering paid leave. And though this paid leave may be considered a perk when you’re looking for a new job, the hipness doesn’t guarantee your manager or employer might not react awkwardly, stupidly or downright illegally when you inquire about taking months off.

“I wish we lived in a world where an employee asking questions about parental leave didn’t raise any flags,” Jolen Anderson, the chief diversity officer and senior vice president of human resources at Visa, said in an email interview. “Unfortunately, this is not always the case.”

Why would employers get wary in the first place? “People have biases and stereotypes about women who take maternity leave,” an employment lawyer in California who requested anonymity so she could speak more freely on the topic, said in an email interview. She acknowledged there are some damaging stereotypes about early motherhood and maternity leave that, unfortunately, persist. “There’s an idea that women will use maternity leave as an extended vacation and then not return to work, or return to work with different priorities. Extended leaves can also be hard on companies’ finances and present administrative challenges.”

That said, she believes that most employer clumsiness around the issue reflects a single individual’s mistake, not overall corporate malfeasance. “Most employers really are just trying to comply with the law and have a company culture that promotes compliance and employee wellbeing,” she said. “I think the trouble, where it exists, is at an individual level, i.e. with managers/supervisors who disregard their training and company policy and ask the wrong questions or say the wrong things.”

Still, those moments do happen, and the conversation can be uncomfortable — you’re essentially sharing with your boss intimate details of your personal life. If you feel awkward when broaching the topic, here are some tips to keep in mind.

Paid maternity leave may not be the law of the land yet, but the Family Medical Leave Act is. “There’s one federal law that covers a gender-neutral parental leave for the birth or adoption of a child, and that’s the Family and Medical Leave Act of 1993, which provides for up to 12 weeks of unpaid leave per year for any qualifying event (such as caring for a parent with a serious health condition),” Jack Bryant Tuckner, a partner at a New York City law firm focused on gender discrimination in the workplace, said in an email interview. “But the FMLA is only available to those eligible employees who have worked full-time for at least one year for a company with at least 50 employees.”

State laws vary further, with four states (California, Rhode Island, New York and New Jersey) guaranteeing paid leave, but FMLA is the policy that most employers and their employees know about, as it protects your job while you’re out of the office. There is other federal legislation that guards against pregnancy or motherhood discrimination, though.

“In addition to the FMLA protection for the eligible, it would constitute sex and pregnancy discrimination under the Civil Rights Act of 1964 and the Pregnancy Discrimination Act of 1978 to prevent or otherwise harass or punish a woman for taking maternity leave,” Tuckner wrote.

In short? “An employer can’t treat an employee differently because she is or intends to become pregnant,” the California lawyer said. “This extends to all aspects of employment, including hiring, firing, assignments, promotions, etc. If an employee asks about parental leave, and then experiences an adverse employment action, she could have a claim for sex/pregnancy discrimination — but still would have to show the adverse employment action was motivated by sex/pregnancy, at least in part.” Unfortunately, it’s difficult to prove this type of discrimination in court, which is why the following directive is key.

Tuckner advised putting the official ask for leave in an email as soon as you’re ready to share that pregnancy timeline with your manager. You might want to break the news in person first, but “it’s always advisable to put all requests for leave in writing to your company so you’ll have a paper trail,” he said. “If you’re requesting parental leave under your state’s law, there are specific, easy-to-understand instructions provided by the state to trigger the leave and payment while you’re out.”

You can often find those instructions on your state’s department of labor site; the federal government gives explicit instructions and time frames for how to obtain FMLA benefits here. Though it feels awkward, the same idea applies to that initial, more casual discussion about a company’s leave policies, he said — try to get that information in writing.

Discuss the topic with whomever you’re most comfortable: your boss or HR

Anderson said that as a manager, she welcomes honest conversations about family planning with her employees.

“As I advise my employees on upcoming opportunities and guide them along their career paths, it helps to know their long-term priorities,” Anderson said. “However, not all employees enjoy an open, transparent dialogue with their managers.” She advised considering your professional relationship with your boss, and determining the best audience for these questions. HR might be the safest bet.

Talk to HR if you get a bad feeling

Again, discrimination certainly does happen, otherwise there’d be no work for these employment lawyers. “I’d advise employees to start by reporting the issue to HR or upper management,” the California lawyer said. “Like I mentioned above, I think companies as a whole generally are not bad actors, but individuals can be. Most companies will take seriously a complaint about retaliation if they know about it.”

That complaint and concern can be part of your paper trail. “At the very least, having documentation that the issue was reported will help with the burden of proof in a discrimination/retaliation case,” she said.