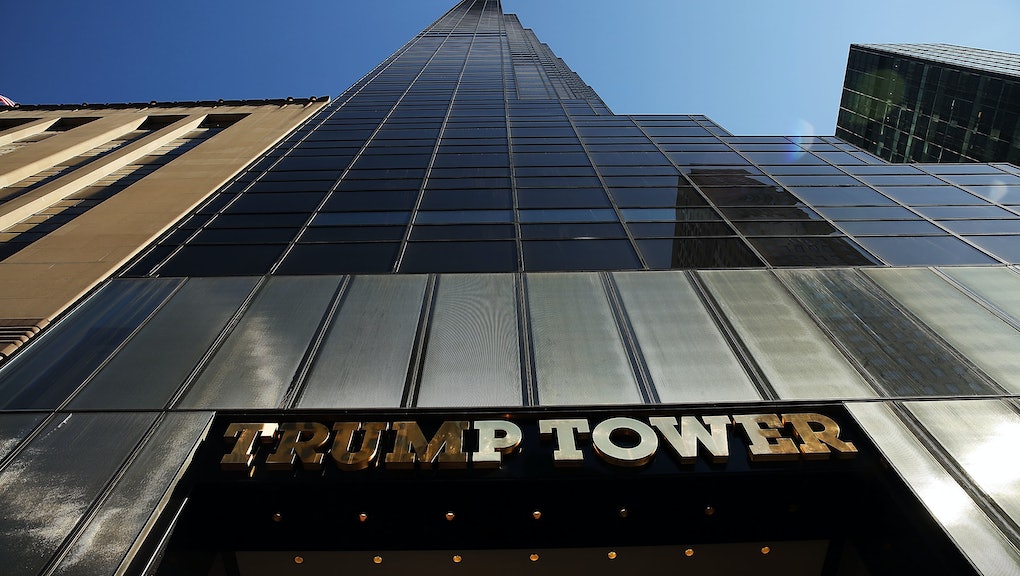 The environmental impact of the Trump Tower: How green is the president’s New York home?

President Donald Trump’s real estate portfolio is made up of 11 hotels and a number of at least 50 properties with his licensed, gold-plated name on them. Across all of his properties, however, not a single building is LEED-certified, a recognition of Leadership in Energy and Environmental Design for sustainability and efficiency.

On Aug. 14, Illinois’ general attorney filed a lawsuit against Trump International Hotel & Tower in Chicago for failing to comply with local laws that protect the aquatic life in the Chicago River. The building uses 20 million gallons of its water each day and discharges it back into the river 35 degrees warmer, threatening the entire river for the hotel’s ventilation system.

In a 2012 interview with CNBC, Trump criticized green buildings, citing their issues with maintaining consistent light and temperature. “It’s green because they don’t give you enough energy,” he said.

In his presidency, Trump has supported a number of policies threatening environmental sustainability, including a recent proposal to undermine Obama’s Clean Power Plan that would result in more greenhouse gas emissions and a plan to reduce federal funding on the EPA’s Energy Star program, which rates buildings according to their energy efficiency.

While Trump challenges the country’s environmental policies from the White House, we couldn’t help but wonder about the eco-friendliness of his own buildings — particularly his sometimes home and flagship building, New York’s Trump Tower in midtown Manhattan.

“We demolished a mountain of marble for Trump Tower,” Ivana Trump told GQ in 1984. Some 240 tons of Breccia Pernice marble were used in walls and floors of the tower’s lower-level mall. Mining marble is considered an energy-intensive activity, requiring electric and thermal energy, in addition to producing large amounts of waste and polluting water.

After acquiring Bonwit Teller, a women’s retailer’s space, in 1980, Trump promised to donate the original building’s two limestone reliefs of dancing women to the Metropolitan Museum of Art. Instead, they were demolished, the New York Times reported. Limestone is considered both a valuable and finite resource. In response to the ruined reliefs, the Trump Organization justified its actions by criticizing the reliefs’ lack of “artistic merit.”

In 1984, the New York Times reported Trump spent $75,000 on several 40-foot, 3,000-pound trees shipped from Florida and installed in the Trump Tower’s atrium. Trump decided he “did not like the look” and had them cut down within 24 hours, costing another $100,000. Carbon emissions related to shipping are unregulated, but large trucks emitted 530 million metric tons of carbon dioxide in 2013 — and shipping contributes an estimated 3-4% of manmade carbon emissions worldwide.

The Trump Tower is considered below average in energy-efficiency

According to a report by the Urban Green Council, the average Energy Star scores for residential and office buildings in New York City are 60 and 75, respectively. In 2015, Trump Tower’s last recorded year available on public record, the building received an Energy Star score of 48 out of 100, which means the tower is in the bottom half of its category for energy conservation. (Eleven of his 15 properties at the time fell below 50.) As president, he has asked Congress to eliminate $42 million in federal funding for the Energy Star program, which is led by the EPA.

The building’s public spaces are rarely used and often unmaintained

In a deal that allowed him to build 20 additional floors in Trump Tower, Trump created 15,000 square feet of public space, which includes its little-known fifth-floor garden. In 2016, Crain’s New York Business reported that many of the garden’s trees are dead and the public space is often closed. Because of increased security, some of the public spaces have also been barricaded and blocked off entirely from visitors.

Luxury towers like Trump’s emit a disproportionate number of emissions

According to a 2015 study by the Alliance for a Greater New York, Trump Tower uses more energy than 93% of other large residential buildings in New York City. In 2018, HuffPost also reported the tower’s average energy use intensity is 208, while the average office building uses 186. Luxury properties in New York, which include the tower, make up 2% of buildings in the city — but produce nearly 50% of its climate-altering emissions.