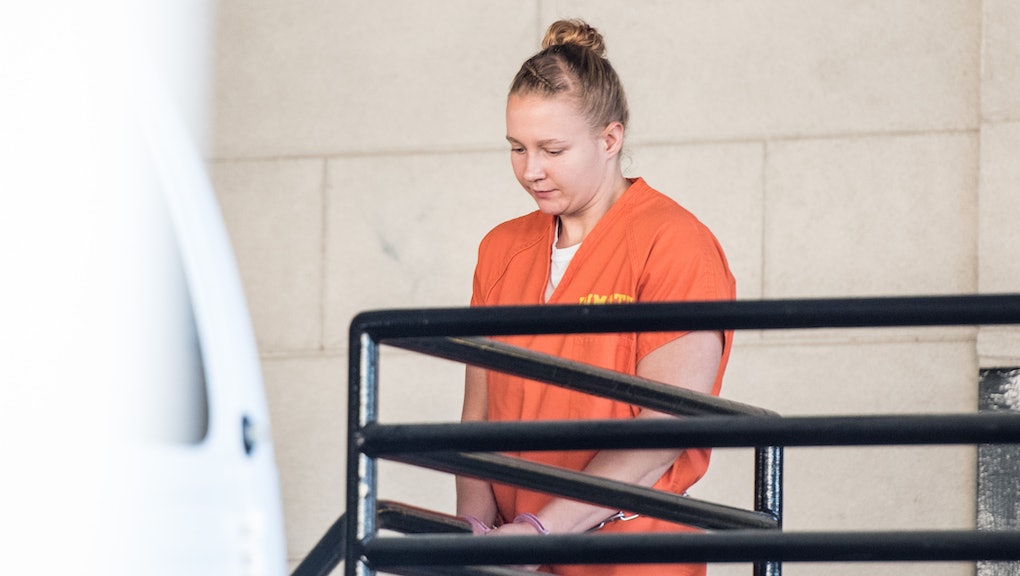 Reality Winner, a former government contractor who pleaded guilty to leaking classified documents about Russia’s hacking attempts in the 2016 presidential election, was sentenced to more than five years in prison on Thursday.

The sentence mirrors the 63 months prosecutors recommended Winner receive as part of her guilty plea.

Winner, 26, is the first whistleblower to be prosecuted under the Trump administration and its crackdown on leaked classified information.

Her prison sentence of five years and three months is the longest for an individual who has leaked classified information to the media. She first leaked a classified report outlining the Russian government’s attempts to hack into a voting software company based in Florida. Winner leaked the report to the news website the Intercept.

The Intercept faced criticism for how it handled the leaked classified document, as the FBI said they were able to pinpoint Winner as the leaker thanks to a copy of the classified report that the news outlet provided to government officials to verify it.

According to an FBI affidavit, investigators were able to determine Winner as the leaker because of a “microdot” code on the printout that Winner had handed to the Intercept.

Winner was denied bail and has been held in federal prison without bail since her arrest in June 2017.