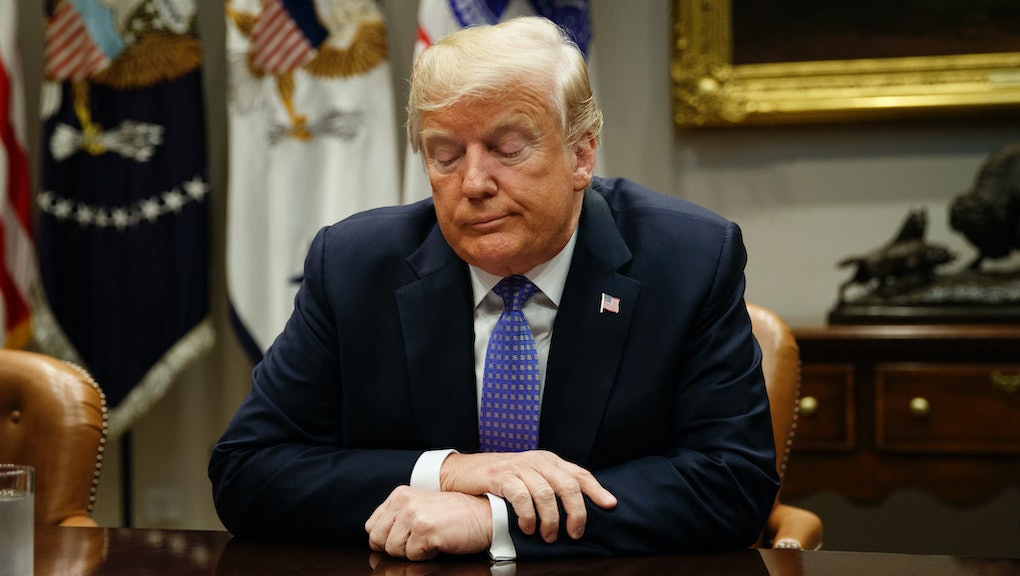 According to the Wall Street Journal, Weisselberg provided authorities with information related to their investigation into the illegal hush agreements Cohen made with two women in 2016 who said they had affairs with Trump.

It was announced Tuesday afternoon that Cohen pleaded guilty to eight charges, including two campaign finance violations related to the payments. Cohen implicated the president in his crimes, telling a New York court he broke campaign finance laws “in coordination with and at the direction of a federal candidate for office” — a clear reference to Trump.

Trump has maintained he did nothing wrong and the felonies Cohen pleaded guilty to are not really crimes.

It wasn’t immediately clear Friday morning exactly what information Weisselberg provided to authorities, but his cooperation may be a significant blow for Trump. Weisselberg has spent decades in the Trump Organization as an executive vice president and chief financial officer.

The Trump Organization CFO is only the most recent of the president’s close associates known to cooperate with investigators.

Some of the information Pecker provided prosecutors appears to have helped form the basis for the campaign finance charges Cohen admitted to on Tuesday.

Trump has raged as Cohen and others in his orbit seem to break from him, telling Fox News Thursday “flipping ... almost ought to be illegal.”