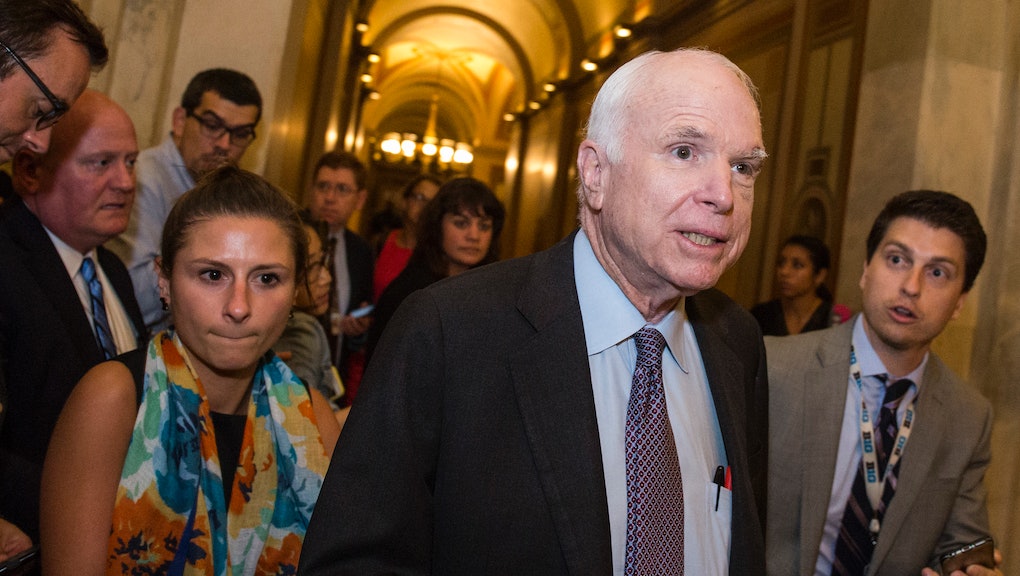 While You Weren’t Looking: 5 stories from the Trump administration that aren’t about Michael Cohen

The stunning admission, which essentially names the president as an unindicted co-conspirator in a federal crime, dominated headlines throughout the week, along with the news that Trump’s former campaign manager Paul Manafort had been found guilty by a jury on eight felony counts of bank and tax fraud.

But as America’s attention was trained on the Oval Office and what the mounting political scandals will mean for the man who occupies it, elsewhere in Washington, the news churned on as usual.

From Scott Pruitt’s $43,000 phone call to a new Russian hacking threat, here are five stories you might have missed this week.

Sen. John McCain (R-Ariz.) has discontinued medical treatment for the brain cancer he was diagnosed with last year, McCain’s family announced in a statement Friday morning.

“John has surpassed expectations for his survival,” the family said. “But the progress of disease and the inexorable advance of age render their verdict. With his usual strength of will, he has now chosen to discontinue medical treatment.”

A coalition of several prisoner groups, including Jailhouse Lawyers Speak and Incarcerated Workers Organizing Committee, have declared a national prison strike from Aug. 21 to Sept. 9. The dates are intentional.

Business leaders from 60 top companies decried the Trump administration’s immigration policies Wednesday, sending a letter to the administration condemning immigration changes that are causing anxiety for employees and threatening to disrupt operations.

The letter, which was sent by members of the Business Roundtable coalition to U.S. Department of Homeland Security Secretary Kirstjen M. Nielsen, centers on the H1-B visa that provides temporary work authorizations for skilled foreign employees.

According to the Wall Street Journal, Weisselberg provided authorities with information related to their investigation into the illegal hush agreements Cohen made with two women in 2016 who said they had affairs with Trump.