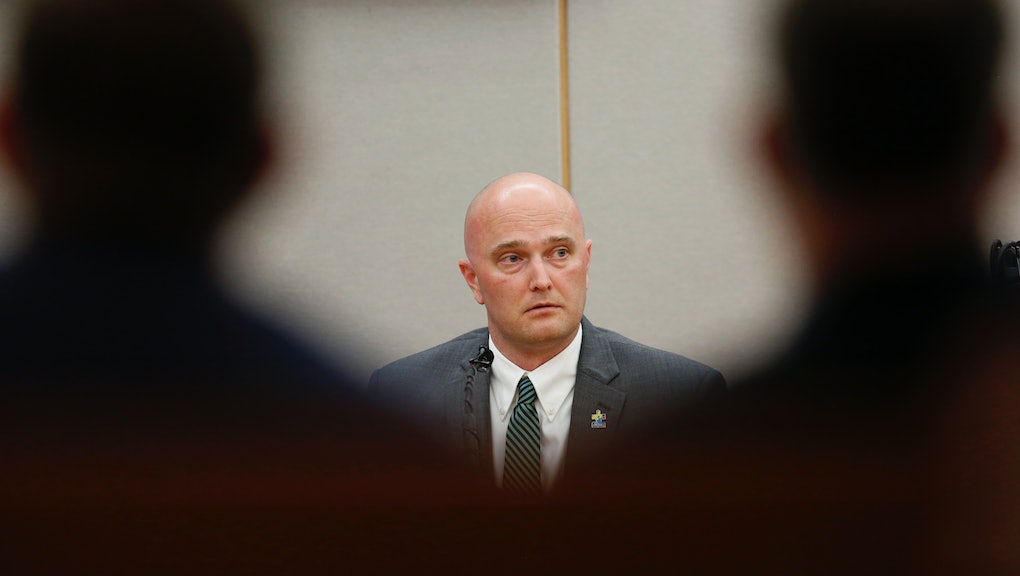 Oliver was also found not guilty of two counts of aggravated assault for firing shots into a vehicle of five teenagers.

On April 29, 2017, Edwards was leaving a party with his older brother and three other friends when they heard gunshots. Officers at the scene said they were responding to a call from “drunk teens.” The Balch Springs police chief noted Oliver — who was with a second officer, Tyler Gross, shot at the teens as the car drove away. In initial reports, the police department said the car was driving in reverse toward the officers, but they later walked back those statements.

In testimony, Oliver said he feared Gross was in danger, so he fired shots at the car. However, Gross testified that he never felt like he was in danger or that he needed to use lethal force, the Associated Press reported.

Oliver’s attorney, Bob Gill, believes the jury should base its decision on what Oliver knew at the time. “It doesn’t matter that looking back on it, in hindsight, we’d all make a different decision now,” Gill told the jury Monday. “We have to look at it how Roy Oliver saw it at the time and what he saw was a significant threat to his partner.”

Prosecutor Mike Snipes argued there were nine seconds between Oliver obtaining his weapon and firing the first shot. He paused for nine seconds during his statement to show the court room just how long Snipes had to assess the situation.