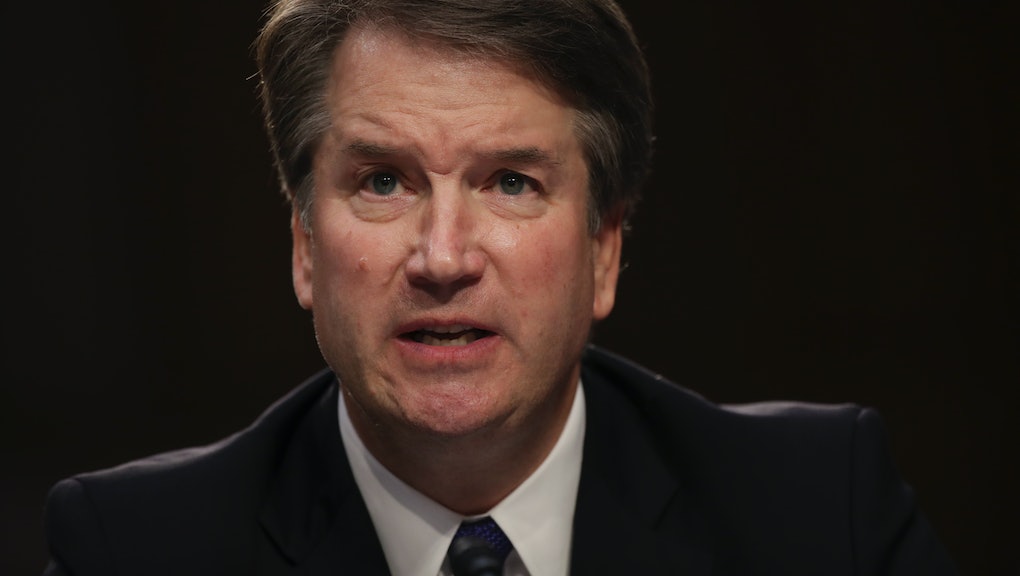 Day two of Senate confirmation hearings for Supreme Court nominee Judge Brett Kavanaugh got underway Wednesday morning — a process that will culminate in massive civil rights rollbacks if Kavanaugh is appointed, according to Derrick Johnson, president of the NAACP.

“It would be the unraveling of civil rights gains of the last 50 to 60 years,” Johnson said in a phone interview Tuesday. “Everything would be on the table.”

On Thursday, the NAACP released a report outlining how Kavanaugh’s potential Supreme Court appointment would be “a severe threat to civil rights,” and called for the Senate to reject his nomination.

In the report, the NAACP wrote that, as President George W. Bush’s White House staff secretary, Kavanaugh helped the administration file briefs against the University of Michigan’s equal opportunity admissions policies in 2003. Kavanaugh wrote in an email that year that Michigan’s affirmative action policy was “unconstitutional because race-neutral programs should be employed.”

Kavanaugh’s record also shows that he would be a threat to voting rights, according to the NAACP. In 2012, as a judge on the Washington, D.C., Court of Appeals, Kavanaugh upheld South Carolina’s photo ID law, which required voters to show identification in order to vote. The Justice Department challenged the law, stating it would discriminate against voters of color: Nonwhite voters in the state were 20% more likely than white voters to not have a state photo ID.

Senate Judiciary Committee hearings for Kavanaugh got off to a tensive start Tuesday morning as at least 20 protestors were arrested for disrupting the hearing and calling for the Senate to vote against Kavanaugh’s confirmation. Among them were reproductive rights activists, who see Kavanaugh as a threat to the future of Roe v. Wade, the Hill reported.

Democratic senators including Kamala Harris (D-Calif.) and Cory Booker (D-N.J.) requested that Kavanaugh’s hearing be postponed because the Trump administration was withholding more than 100,000 pages of documents regarding his work as White House staff secretary for the Bush administration — records the senators said were necessary for review before proceeding.

“We’re going into this only having access to 10% of the body of work of this man’s career,” Booker said during the hearings Tuesday. “We are not asking for anything out of the ordinary. ... We have gotten far more for every Supreme Court justice that has been mentioned here, far more than just 10%.”

“It was shocking to hear the response of the chairman of the committee. There was a level of tone deafness,” said Johnson, who also attended Tuesday’s hearing. “And it all being intentional to rush through this process, knowing that what he’s doing breaks procedural norms of how this committee has deliberated over past nominees.”

Johnson says that, in addition to keeping close tabs on Kavanaugh’s nomination process, the NAACP is continuing to register and mobilize black voters ahead of the 2018 midterm elections.

“We completely recognize that elections have consequences,” said Johnson. “We are now faced with the consequence of watching the confirmation of an individual directly opposed to the many of the gains we’ve seen over the past few years ... [Our] goals for this midterm election is to ensure we maximize voter anticipation across the country, so that the outcome of this upcoming election will be that democracy works for all, and particularly African-Americans.”