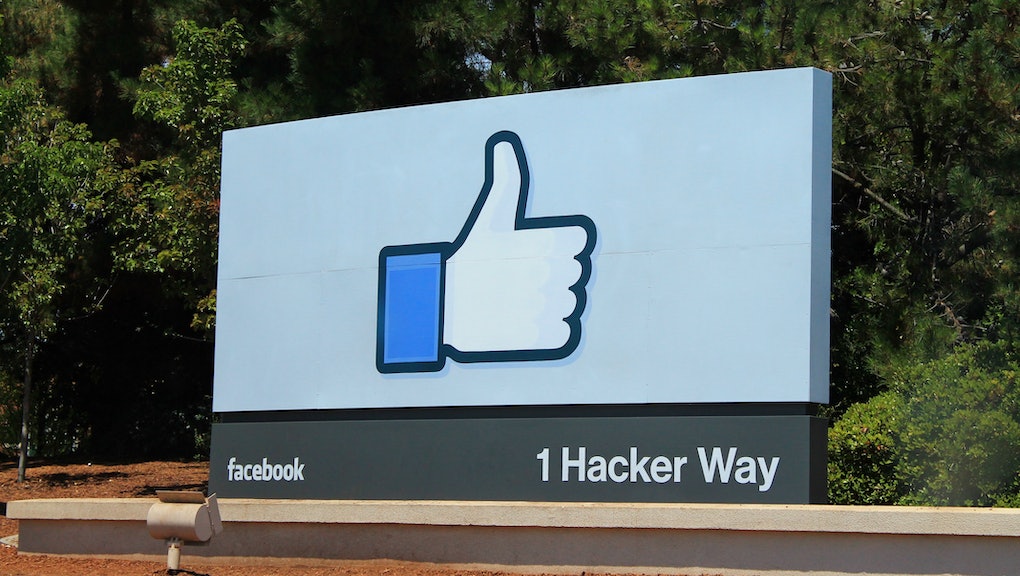 Facebook engineer says the company has a “problem with political diversity”

A memo titled “We Have a Problem With Political Diversity” was published on an internal employee message board at Facebook by Brian Amerige, a senior engineer, the New York Times reported Tuesday. The engineer challenged the prevailing company culture of liberal beliefs.

“We are a political monoculture that’s intolerant of different views,” Amerige said in the post. “We claim to welcome all perspectives, but are quick to attack — often in mobs — anyone who presents a view that appears to be in opposition to left-leaning ideology.”

Following Amerige’s post, over 100 Facebook employees have joined the group “FB’ers for Political Diversity” to give a voice to conservative viewpoints within the company.

According to a spokesperson for Facebook, the company will not be taking down the “FB’ers for Political Diversity” page, nor will there be any other immediate changes at the moment. In a statement sent to Mic over email, Facebook PR said, “On day one of Facebook’s new hire orientation in Menlo Park, everyone hears from our chief diversity officer about the importance of diversity and how to have respectful conversations with people who have different viewpoints.”

A similar movement emerged within Google in August 2017 following the now-infamous, right-leaning memo by software engineer James Damore. In the memo, Damore noted how Google had become an “ideological echo chamber where some ideas are too sacred to be honestly discussed.” Damore criticized Google’s prioritization of diversity and inclusion, saying that women and people of color were underrepresented in tech due to natural, biological disparities and not societal injustices.

Damore was fired from Google for the memo. His actions, however, nearly spurred an alt-right march on Google to protest the company’s treatment of Damore.

Facebook’s relationship with tolerating conservative viewpoints is slightly more nuanced. Following the lead of other tech companies, Facebook banned Alex Jones and InfoWars content — which touted conspiracy theories about the Holocaust and the Sandy Hook shooting — from its site.

According to the New York Times, many Facebook employees have argued over the decision to ban some accounts but not others. In 2016, prior to Trump’s presidential election win, it was revealed that Facebook regularly suppressed news stories that would appeal to conservatives from its trending news section. This was done by human curators and not algorithms. A similar accusation was recently made against Google by Trump himself, who said the search company has been suppressing positive news about him.