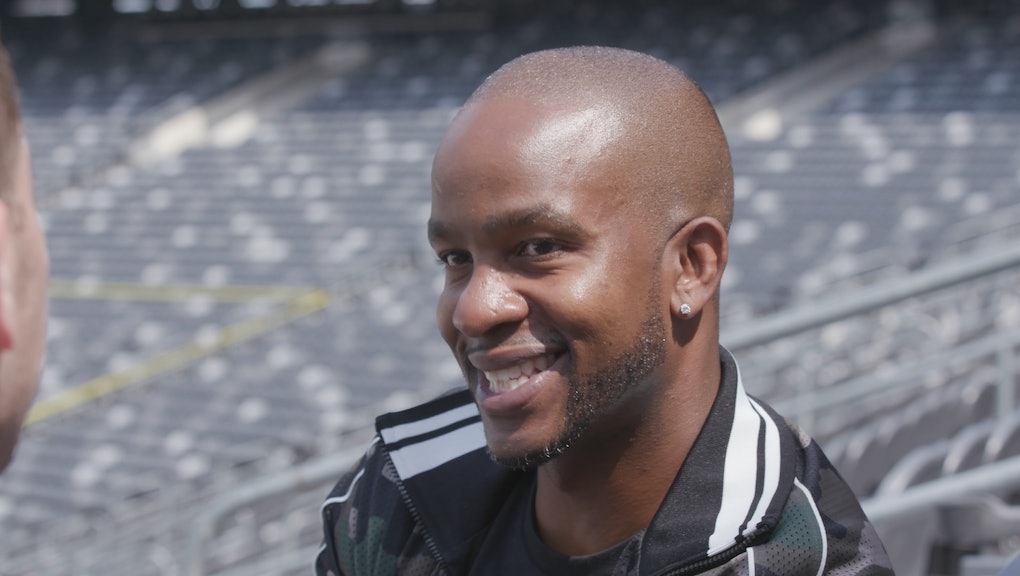 Former professional football player Wade Davis is perhaps the most prominent out NFLer in the league’s 98-year history.

Davis — who is now a speaker, activist and educator on LGBTQ issues — is one of just 11 out players out of at least tens of thousands of men who have played, either in training camp or in a game, in the league. His coming-out story first broke in 2012, nearly a decade after his retirement.

“You wouldn’t have wanted me to come out when I was playing because I was an idiot,” he said in an interview with Mic Dispatch. “Imagine you and me sitting down on the day that I come out and I said, yeah, I’m really happy to be an openly gay player, but just so you know, I’m gay. I ain’t one of those faggots.”

Now, Davis works as an LGBTQ consultant for the NFL, speaking at conferences across the country and in locker rooms to facilitate training sessions for teams and coaches around how to create nurturing and inclusive environments on and off the field.

Mic chats with Davis about what it’s going to take for the league to have its first active out player and chat with Conner Mertens, the first active out college football player, about his experiences.

Check out episode 15 of Mic Dispatch — only on Facebook Watch.