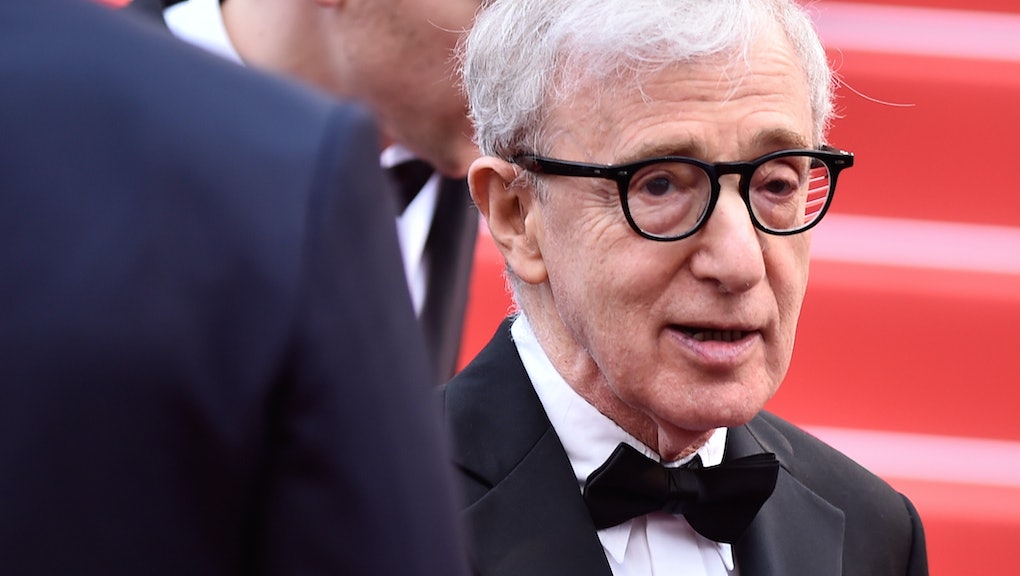 Good morning, folks. It’s Thursday. Here’s some entertainment news to inch you a little bit closer to the long weekend.

The entertainment world was aflutter with news Monday that Alec Baldwin had been cast in the most cringe-inducing pitch for a comic-book movie in recent memory: a Batman spin-off delving into the origin story of the dark knight’s longtime nemesis, the Joker.

Baldwin was reportedly set to play Bruce Wayne’s father, the wealthy Thomas Wayne, in the spirit of a Donald Trump-style mogul, according to the Hollywood Reporter. Here’s the kicker: Joker’s being written and directed by Todd Phillips, the guy who directed Old School and The Hangover. Hmm.

Anyway, on Wednesday, Baldwin apparently saw the impending train wreck of a film he had signed on for and disputed the reports of his casting, full stop.

“Let me state, for the record, that I have NOT been hired to play a role in Todd Phillips’ JOKER as some Donald Trump manque,” Baldwin tweeted. “That is not happening. Not. Happening.”

All right, well, I guess it’s not happening!

In the fall of 2017, filming wrapped on A Rainy Day in New York, Woody Allen’s newest movie that was expected to come out sometime in 2018 via Amazon Studios. But now, Amazon is saying there’s no scheduled release date.

“No release date has ever been set for the film,” Amazon told Page Six.

Though Amazon was tight-lipped on details, the delay on A Rainy Day is almost certainly related to the renewed attention in allegations of sexual misconduct against Allen that has resurfaced in the wake of the #MeToo movement.

In January, Allen’s daughter, Dylan Farrow, yet again accused Allen of sexually abusing her as a child.

“He’s lying and he’s been lying for so long,” Farrow said in an interview on CBS. “It is difficult for me to see him and to hear his voice.”

Allen has repeatedly denied the accusations. Allen’s contract with Amazon reportedly includes three more movies, but none have been announced yet.

If you aren’t following pop icon Britney Spears on Instagram and Twitter, hoo boy, you are missing out, my friends. Whether she’s singing songs through the chipmunk-ifying veneer of a Snapchat lens or simply posting pictures of her son’s Dragon Ball Z fan art, Britney’s social media presence is a joy to behold.

On Wednesday, Brit Brit posted an especially surreal, goofy video in which a horde of muscular men — presumably her backup dancers? — have to rouse her from a deep sleep using an ice cream cone. Your fave, truly, could never.

Put this on your radar: First Man

According to reviewers like Variety’s Owen Gleiberman, what makes First Man especially interesting is that it portrays the so-called magic of space flight as anything but magical — instead, showing how viscerally terrifying and precarious flying through a dark void in a hunk of metal actually is.

“The craft [Gosling is] on shakes so violently it feels like it’s going to burst apart,” Gleiberman said in his review. “It’s not just that the ride is more rough and tumble — more starkly terrifying — than anything we’ve seen in a drama of space flight before. It’s that the jittery, combustible energy on display is essentially industrial.”

First Man comes out Oct. 12. You can check out the newest trailer, which dropped Wednesday, right here.