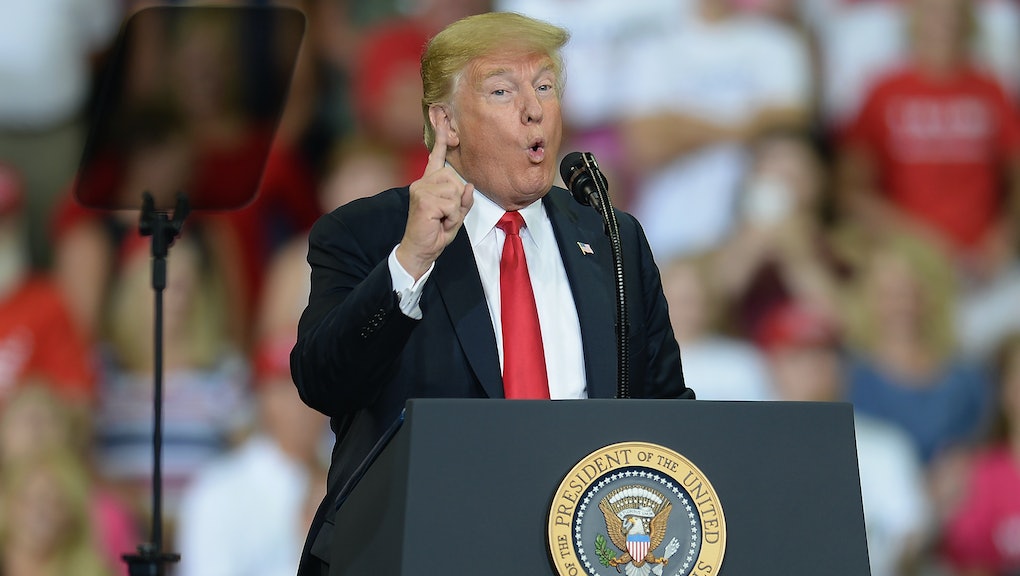 President Donald Trump touted the “great job” he is doing on the United States economy in an interview with Bloomberg News on Thursday — the same day he canceled pay raises for federal employees due to the government’s “fiscal situation.”

Trump frequently brags about the nation’s strong economy. But he patted himself on the back for it Thursday on the same day he called on the government to tighten its belt — specifically, by informing lawmakers on Capitol Hill that he will be suspending pay raises for federal workers.

“I have determined that for 2019, both across the board pay increases and locality pay increases will be set at zero,” Trump wrote in a letter to House Speaker Paul Ryan and Vice President Mike Pence on Thursday. “In light of our nation’s fiscal situation, federal employee pay must be performance-based, and aligned strategically toward recruiting, retaining and rewarding high-performing federal employees and those with critical skill sets.”

About 1.8 million federal workers will not get a pay raise next year because of the directive, according to Politico, which noted that employees last had their raises suspended during the Obama administration as the nation recovered from a brutal recession.

But Trump canceled the raises during a strong economy, which he cheered in a tweet just before announcing his “alternative pay plan decisions.”

Trump has made brags about the economy a major part of his selling point ahead of the upcoming midterm elections — and his own possible re-election bid in 2020.

He has also cited the economy, which improved under predecessor Barack Obama, as a reason he should not be impeached amid an array of scandals.

“I don’t think they can impeach somebody that’s doing a great job,” Trump told Bloomberg.

A new Washington Post/ABC News poll released Friday found 49% of Americans favored impeaching Trump, as opposed to 46% who did not.

That same poll found that 60% of Americans disapprove of his job performance compared with just 36% who approve.