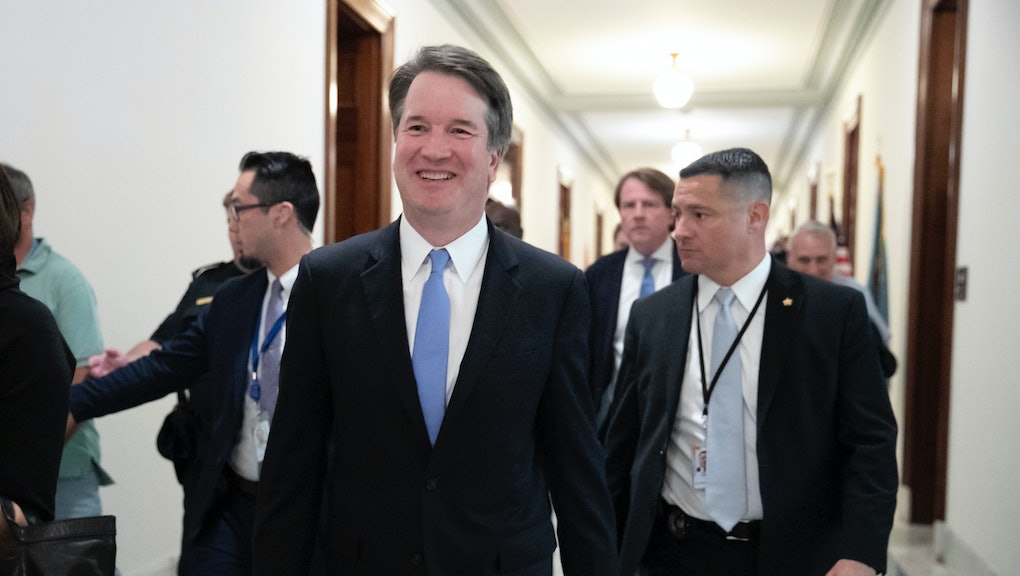 Democrats try to shut down Kavanaugh hearing before it begins, call it a “charade”

Confirmation hearings for President Donald Trump’s Supreme Court nominee barely got off the ground before Democrats tried to shut it down, calling it a “charade” and a “mockery of our norms,” citing Republicans withholding thousands of documents related to Brett Kavanaugh’s time as a lawyer in President George W. Bush’s White House.

As soon as Senate Judiciary Committee chairman Chuck Grassley began reading his opening statements to introduce Kavanaugh, Sen. Kamala Harris broke in, saying that Republicans released 42,000 documents the night before the first day of hearings — a volume of documents that senators could not possibly review before the hearings began.

Other Democrats on the committee followed suit, saying that Republicans are hiding more than 100,000 documents by citing “executive privilege.”

“We have been denied real access to the documents we need,” Sen. Richard Blumenthan (D-Conn.) said, adding that the withholding of documents “turns this hearing into a charade and a mockery of our norms.”

Democrats ultimately asked for the hearing to be adjourned so that senators could get access to Kavanaugh’s records.

“What are we trying to hide?” Sen. Pat Leahy (D-Vt.), who previously served as chairman of the Judiciary Committee, asked. “Why are we rushing?”

Grassley, however, tried to deny the motion, saying that there have been more documents released than any Supreme Court nominee in history. However, many documents have also been withheld from the public.

Rather than hold a vote to adjourn the hearing, a frustrated Grassley defended how he was holding the confirmation hearings — likely because more Democrats were present and could have adjourned the hearing.